Oregon has the fewest hospital beds per capita in the country

The low number of beds stems from a focus on prevention and de-emphasizing hospital care, but the pandemic is shining a light on unintended consequences. 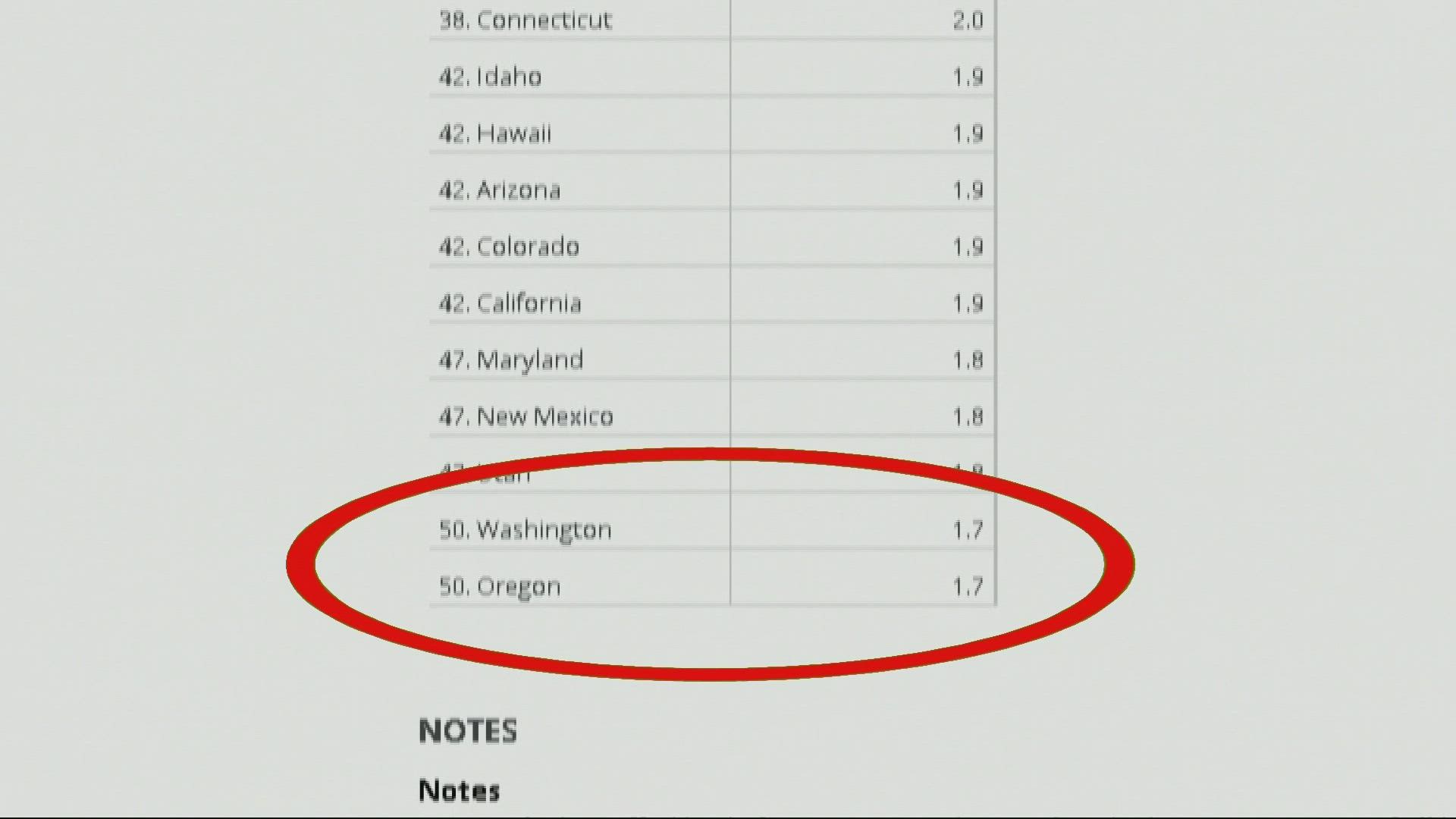 PORTLAND, Ore. — As the contagious delta variant of the coronavirus causes a surge of COVID-19 cases and hospitalizations in Oregon, doctors and nurses are sounding the alarm that hospitals are being crushed by the strain of unvaccinated patients.

The Oregon Association of Hospitals and Health Systems (OAHHS) said this stems from changes made after the Affordable Care Act (ACA) was signed into law by President Obama. It allowed former Gov. John Kitzhaber to create Coordinated Care Organizations — groups of health care providers focused on helping people manage and prevent chronic conditions and diseases. The goal is to prevent people from needing hospital care in the first place.

Because of that, the state of Oregon regulates the number of hospital beds so there aren't a glut of empty beds. If a hospital wants to expand, it needs approval from the state confirming extra beds are actually needed in that area.

"This system works great…until you have a pandemic combined with a hospital staffing crisis. The system created one of the lowest per capita hospital bed numbers in the country," said Dave Northfield with OAHHS. "It used to be talked about with pride. Now we know it can be a problem."

Adding to the crisis is a shortage of health care workers in Oregon and nationwide. Simply adding more hospital beds wouldn't fix the problem because staff is needed to care for the patients who would be in those beds.

RELATED: 'Frustrating is not even an adequate word': Health care worker's unvaccinated mom in ICU with COVID-19

PeaceHealth, a regional health care system with hospitals in Oregon, Washington and Alaska, set an early vaccination deadline for employees — Tuesday, Aug. 31. ONA said more than 100 PeaceHealth nurses are on unpaid leave after refusing to get vaccinated. Some staged a protest outside Riverbend Hospital in Springfield and left their shoes outside the front entrance to mark their last day.