Some Oregon state legislators distance themselves from GOP statement, others remain quiet

Earlier this month the Oregon GOP released a statement, condemning the 10 Republicans who voted to impeach Trump, and called the Jan. 6 Capitol attack a 'false flag' 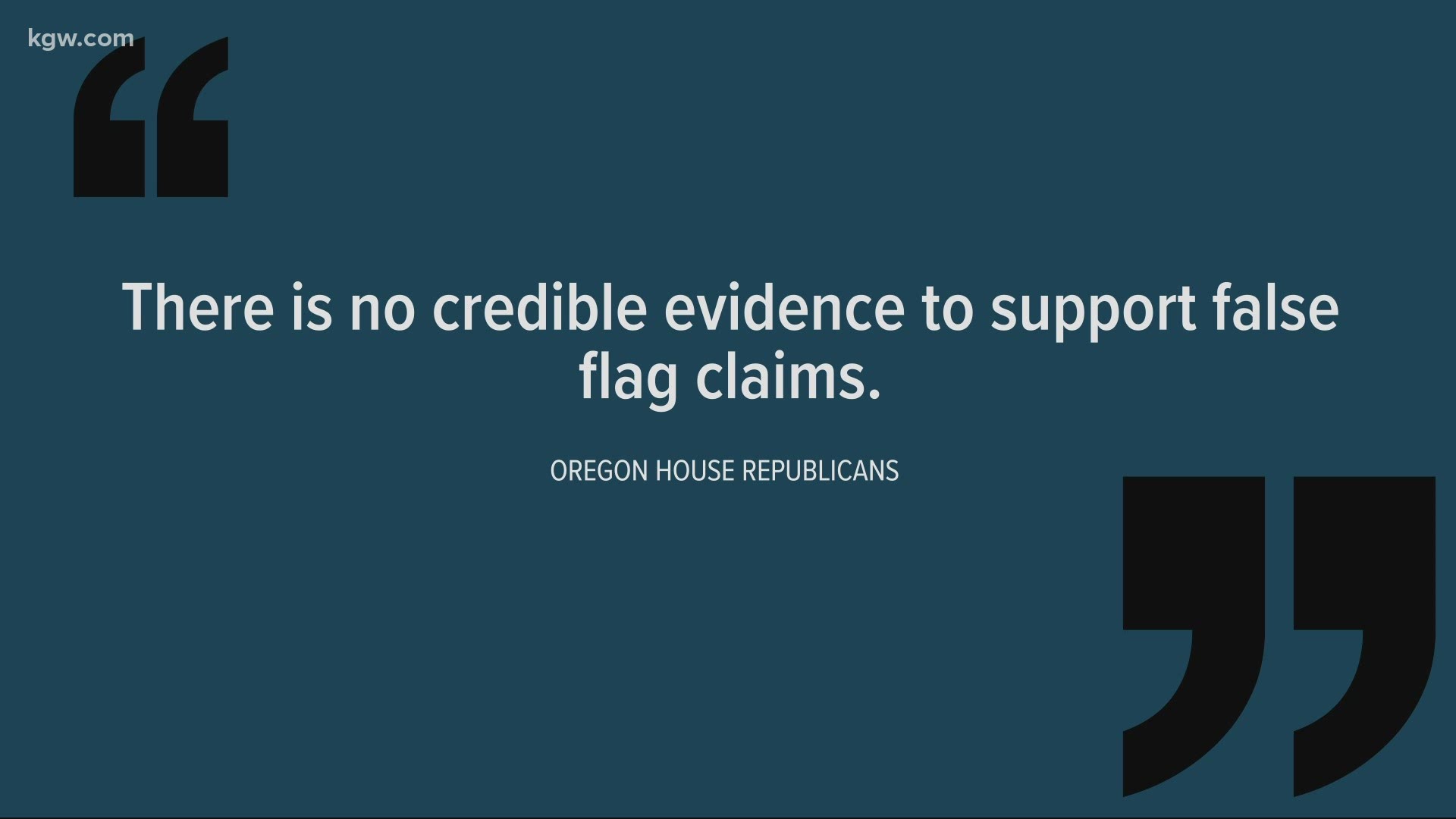 SALEM, Ore. — The official Republican Party for the State of Oregon released a letter earlier this month, calling the violent attack at the U.S. Capitol a "false flag" and condemning Republicans who voted to impeach Pres. Donald Trump.

The "resolution," which was peppered with inaccuracies, was released by the state's Republican Party on Jan. 19.

On Tuesday, Jan. 26, KGW reached out to all Republican state legislators in the state of Oregon to see if they support the party's statement.

The next day, the entire House GOP Caucus released a statement trying to distance themselves from the party's letter, saying in part:

“There is no credible evidence to support false flag claims ... we are in a crisis and that crisis requires steady leadership and action, not partisan rhetoric. The election is over. It is time to govern."

On an individual basis, KGW has heard back from nine of the 33 Republican state lawmakers as of Thursday, Jan. 28:

Here are the 24 Republican lawmakers who we did not hear from directly, but it should be noted all of the House Republicans signed onto the statement that was released Wednesday:

KGW called Oregon GOP Chair Bill Currier Wednesday for an interview, but never got a call back. However, Currier appeared on a Salem radio show Thursday for 45 minutes, and at no point was he asked to address that false statement.

"[Pres. Trump] has made it very clear, in advance of all the rumors that were swirling around in the last few weeks that there would be a third-party, for example, that he would be starting… Some people are floating the idea of a perfect patriot party of some kind or an American First Party. He made it very clear to us that he was not leaving the Republican party. We made a very strong commitment to him that we would continue the America first agenda because it so well articulates the Republican principles," Currier said.

We spoke with Republican strategist Rebecca Tweed says she can't think of a logical reason the party released that statement.

"When I first heard about this I thought it was fake news," Tweed said. "I just couldn't believe that this was the type of thing that would come out from the party I'm a member of. But it does appeal to a certain electorate and there are extremes on all sides of the parties on all parties, but this certainly was not appealing to what I consider a majority of the Republicans that I work within the state."

As KGW political analyst Len Bergstein pointed out, portions of the Republican Party in Oregon have veered toward supporting extremism and conspiracy theories.

RELATED: US Capitol rioters flaunt involvement in siege, about 150 charged