Governors in both Oregon and Washington do not have the power to ban fireworks for the entire state, so it's left up to city and county agencies. 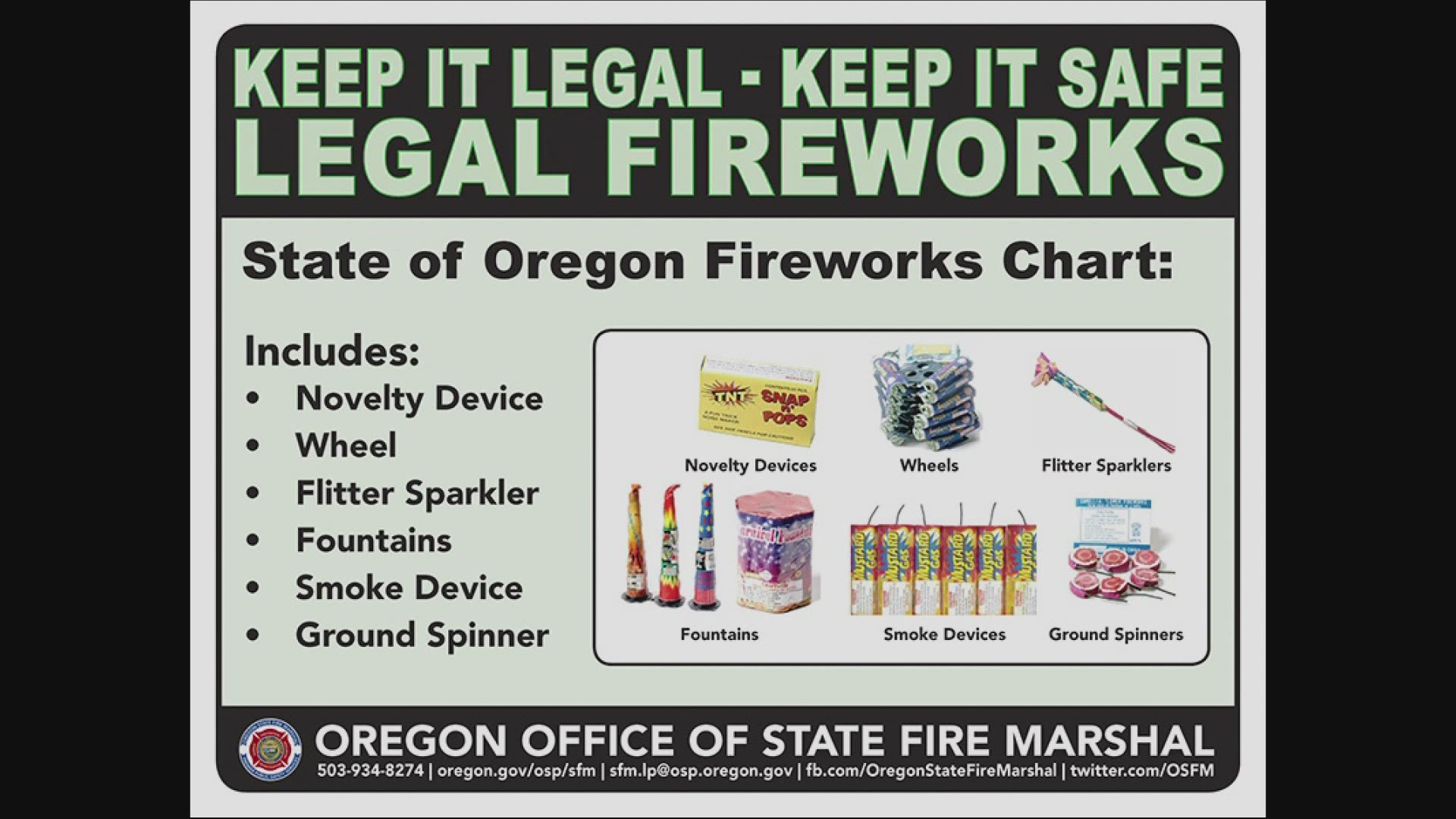 PORTLAND, Ore. — With tinder-dry conditions in the Pacific Northwest, many Oregon and Washington fire agencies have temporarily banned the use of fireworks ahead of the Fourth of July holiday weekend. The patchwork bans have left some confused about what is legal and what isn't.

In an email to The Story team, a viewer, Liz, wrote, "I fail to understand why we do not have a statewide fireworks ban in light of the unprecedented drought conditions and heat that we have experienced so far."

It all comes down to the way state law is written. In both Oregon and Washington, the governor does not have the power to ban fireworks statewide.

Oregon law only allows fireworks to be regulated at the local level. Gov. Kate Brown has encouraged Oregonians to be "mindful of fire safety and prevention this weekend."

During drought conditions in 2015, Washington Gov. Jay Inslee explored whether he had the legal standing to ban fireworks after declaring a state of emergency due to the risk of wildfires. His legal team found he did not have that power.

According to Washington law, after declaring a state of emergency, there is a specific list of activities the governor is authorized to prohibit and fireworks are not among them. Like Oregon, local jurisdictions in Washington can and have banned fireworks this year.

Oregon and Washington also differ on what are considered legal and illegal fireworks.

Oregon has restrictive laws, banning any fireworks that fly, explode or travel more than six feet on the ground or 12 inches in the air, even in areas without a weather-related fireworks ban.

Washington has slightly less restrictive laws, allowing fireworks like Roman Candles, reloadable mortars and ground spinners. Firecrackers and bottle rockets are legal to possess but may only be discharged on tribal lands.

What does a firework ban mean for people at home?

Sylvia asked, “What is happening with fireworks bans in Portland? Can families still have driveway celebrations?”

Mayor Ted Wheeler signed an emergency declaration Wednesday banning the sale of fireworks in Portland, a day after Portland Fire & Rescue banned the use of fireworks in the city. Home celebrations are included in that ban. Portland police and firefighters will not be patrolling the city looking for illegal fireworks use and have asked Portlanders not to call 911 to report it to leave lines open for emergencies, but people could be cited if they light fireworks that cause damage.

Other places have issued similar bans but go a step further. Police in Milwaukie will be patrolling on the Fourth of July and residents could face up to a $1,000 fine for using fireworks.

Officials across the state have urged people to skip the fireworks this year due to the risk of wildfires. The Eagle Creek Wildfire in 2017 was started by an illegal firecracker. It burned 50,000 acres in the Columbia River Gorge.

Have a story idea or question you want The Story to look into? Email thestory@kgw.com or use the hashtag #HeyDan on Twitter.