Knute Buehler on leaving GOP: 'I don't even know what the Republican Party stands for'

Buehler, a longtime Republican, announced he's leaving the party after the Jan. 6 insurrection and a statement from the Oregon GOP calling the attack a "false flag." 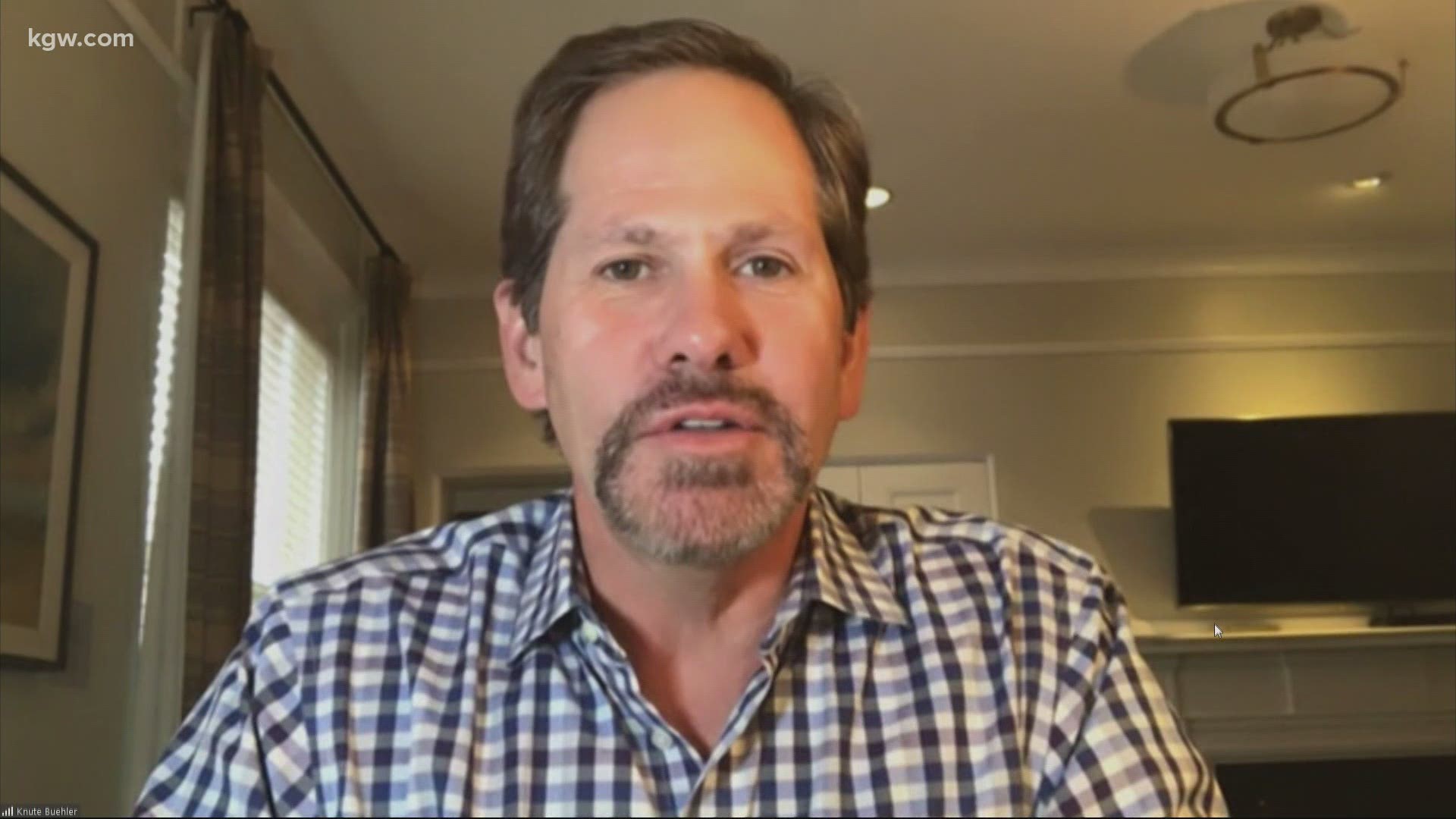 PORTLAND, Ore. — Knute Buehler, one of Oregon's most well-known Republicans, has announced he's leaving the party to become a non-affiliated voter. Buehler tried to gain statewide appeal as a moderate Republican nominee for governor in 2018 before he was ultimately defeated by Gov. Kate Brown by about 120,000 votes.

In 2020, he returned to politics with a more conservative lean. He ran as a Republican to represent Oregon's 2nd Congressional District, even embracing Pres. Donald Trump and his rhetoric. Buehler lost in the primary to Cliff Bentz, who went on to win that seat in the general election.

In January 2021, Rep. Bentz voted against certifying the presidential election results coming out of Pennsylvania, within just five days of being elected to office. This came on the same day pro-Trump rioters stormed the U.S. Capitol.

Buehler told KGW both of those events influenced his decision to leave the party.

"I don't know what the Republican Party stands for," he said. "It's almost become a cult of personality. Is it possible to re-correct? Absolutely. There's lots of potential both nationally and in Oregon if they do it right."

He's one of 6,145 Oregonians who switched their registration to leave the Republican Party in January, a decline of 0.8% from December 2020.

RELATED: More than 6,000 Oregonians left the Republican Party in January

Likely referencing the "false flag" claim and the GOP selecting a QAnon believer to represent their party in the Senate race against Democrat Jeff Merkley, Buehler said, "Conspiracy theorists have been tolerated in the Oregon Republican Party and have not been dealt with effectively."

WATCH: Here's more from The Story with Dan Haggerty