How could Oregon end qualified immunity for police?

State lawmakers are working on proposals as calls grow louder to end the controversial legal defense. 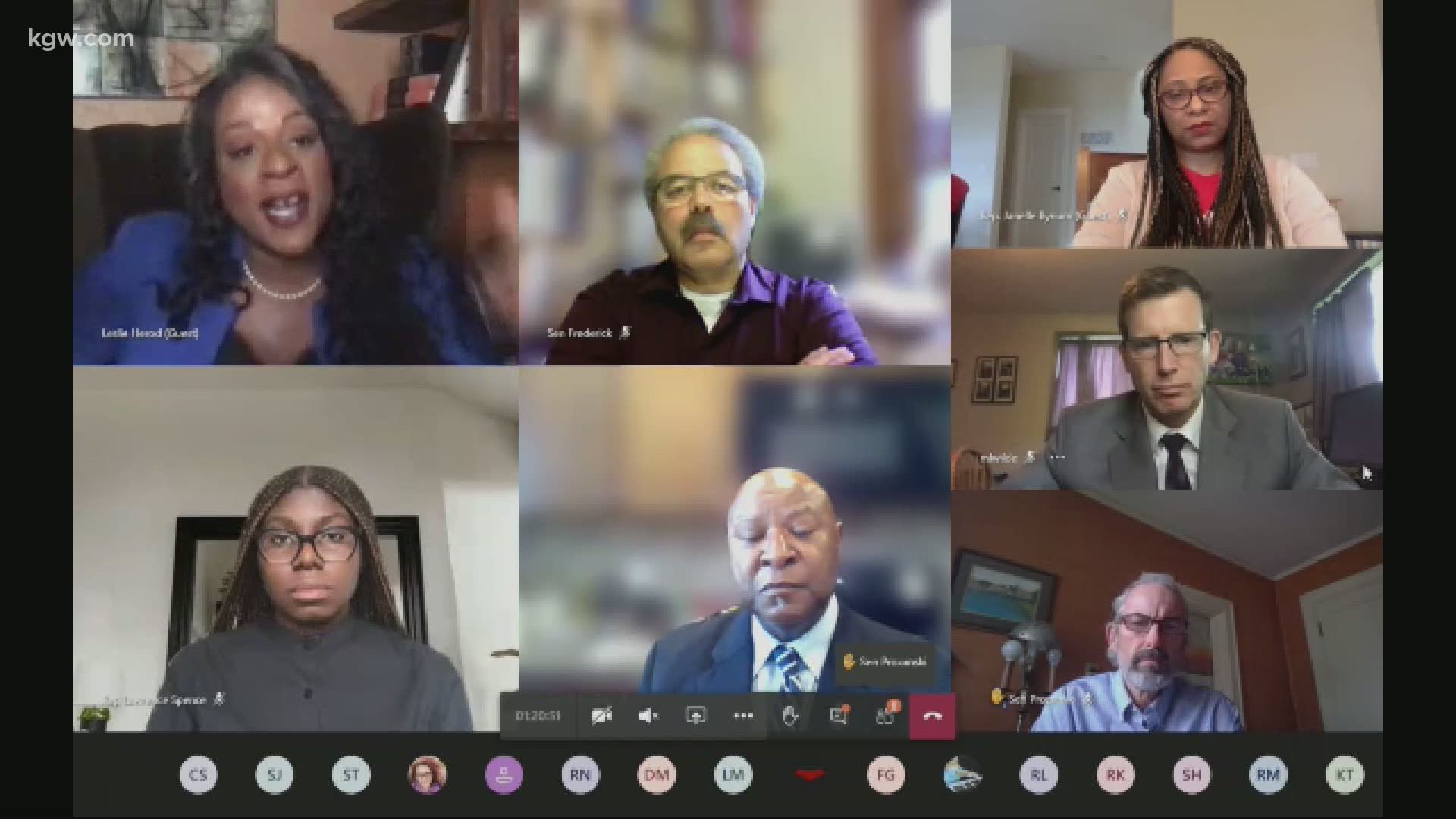 PORTLAND, Ore. — Portland Mayor Ted Wheeler says he’s “100 percent committed” to getting rid of qualified immunity for police officers, something state lawmakers are working on along with other police reform proposals.

The issue was the first question to come up during Wheeler’s visit to Wednesday night’s protest when he turned over the microphone to demonstrators.

“I am opposed to qualified immunity,” Wheeler said. “We're going to get rid of it. To do it, we have to work with our state legislature.”

Qualified immunity is a federal legal defense for police officers introduced by the U.S. Supreme Court, but it is used in local and state courts too.

The Legal Information Institute at Cornell Law School says the doctrine “protects a government official from lawsuits alleging that the official violated a plaintiff's rights, only allowing suits where officials violated a ‘clearly established’ statutory or constitutional right.” In other words, it protects police officers from being sued by victims in many cases.

Oregon State Rep. Marty Wilde (D-Central Linn and Lane counties) believes that’s a problem because it lets officers off the hook for hurting or even killing people.

“It started off harmlessly enough, as a way of acknowledging that police officers aren’t lawyers and they’re not going to know how to anticipate every situation,” Rep. Wilde said, referencing the part of the doctrine that only allows officers to be sued if they violate a “clearly established” law.

But he said that’s often misinterpreted in the legal process.

“It’s really grown out of control to give police officers immunity in such cases where, for instance, tragically a police officer shot a child when he was intending to shoot a harmless dog,” Rep. Wilde said. “Or giving a corrections officer immunity for pepper-spraying an inmate. When asked for the reason he said, ‘Because I felt like it.’”

Rep. Wilde is one of the lawmakers working on ways to end qualified immunity in Oregon. He presented some proposals at a committee hearing on the topic earlier in July.

One thing the Legislature could do is pass a law banning officers from using qualified immunity as a defense in lawsuits filed in state or local courts. State lawmakers would not be able to ban it as a defense on the federal level, even if Oregon law enforcement officers are being sued.

RELATED: 'They're not under our control': Deputy police chief testifies about Portland protests, federal response

While that sounds like a lot of money, Rep. Wilde said victims sometimes aren’t left with much after paying legal and medical costs.

She said the bill had strong bipartisan support, but sheriffs threatened to walk off the job in protest if the law passed.

That hasn’t happened, she said, but some officers with a history of misconduct allegations have resigned.

“I would say the bill is working as intended,” Rep. Herod said. “It's removing some of those bad officers but it's also bringing them to light because of the cooperation of the local law enforcement agencies who are actually publicizing what is going on in their departments and saying, ‘this person has left, and we believe it's because they have such a bad history of use of force, and they shouldn't be here in the first place.’”

Under Colorado’s law, police officers must pay up to $25,000 out of pocket in damages if a jury finds they acted in bad faith while violating someone’s Constitutional rights. If they aren’t found acting in bad faith, then the city that employs them can pay instead.

“The officers I’ve spoken to are primarily concerned about being hit with a judgment that they can’t possibly afford,” he said. “We know that you are not wealthy people. You are public servants. Where we’re trying to go is not to take your money. Where we’re trying to go is to get you to think twice about it and be deliberative in your use of force.”

Instead, lawmakers propose reporting officers to the Oregon Department of Public Safety Standards and Training if a jury rules against them in a lawsuit. That state agency could punish officers by suspending or revoking their licenses, which are required for law enforcement officers in Oregon.

In this case, victims would still get damages, but that would be paid by the city employing the officer.

It’s not clear when a qualified immunity bill could be introduced in the Legislature. Gov. Kate Brown has said she plans to call another special session this summer.

In the meantime, lawmakers are working on various police reform proposals that would add to the new laws they passed during a special session last month. 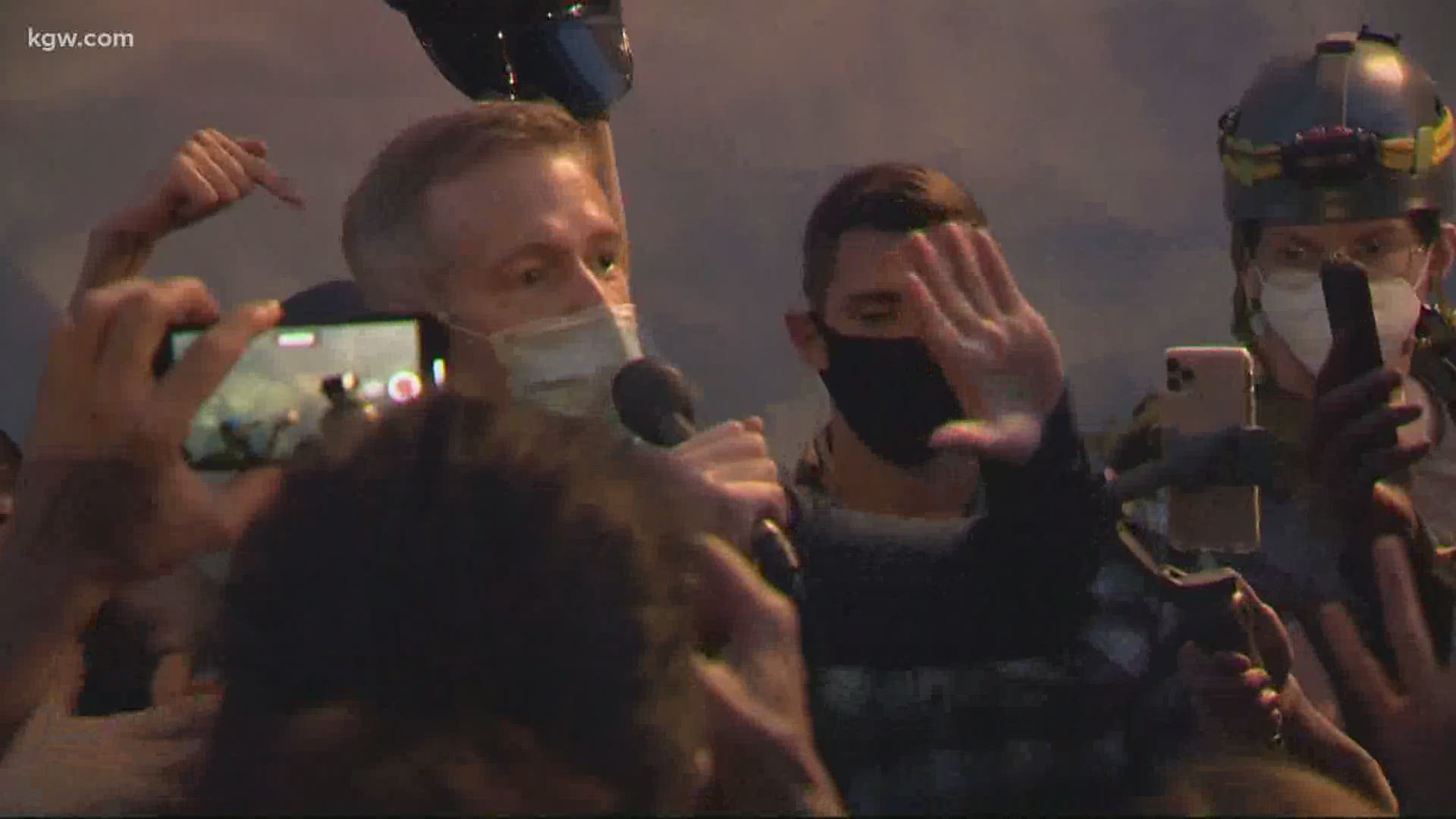