The trees were a gift from Japan for the dedication of the Japanese American Historical Plaza in 1990. 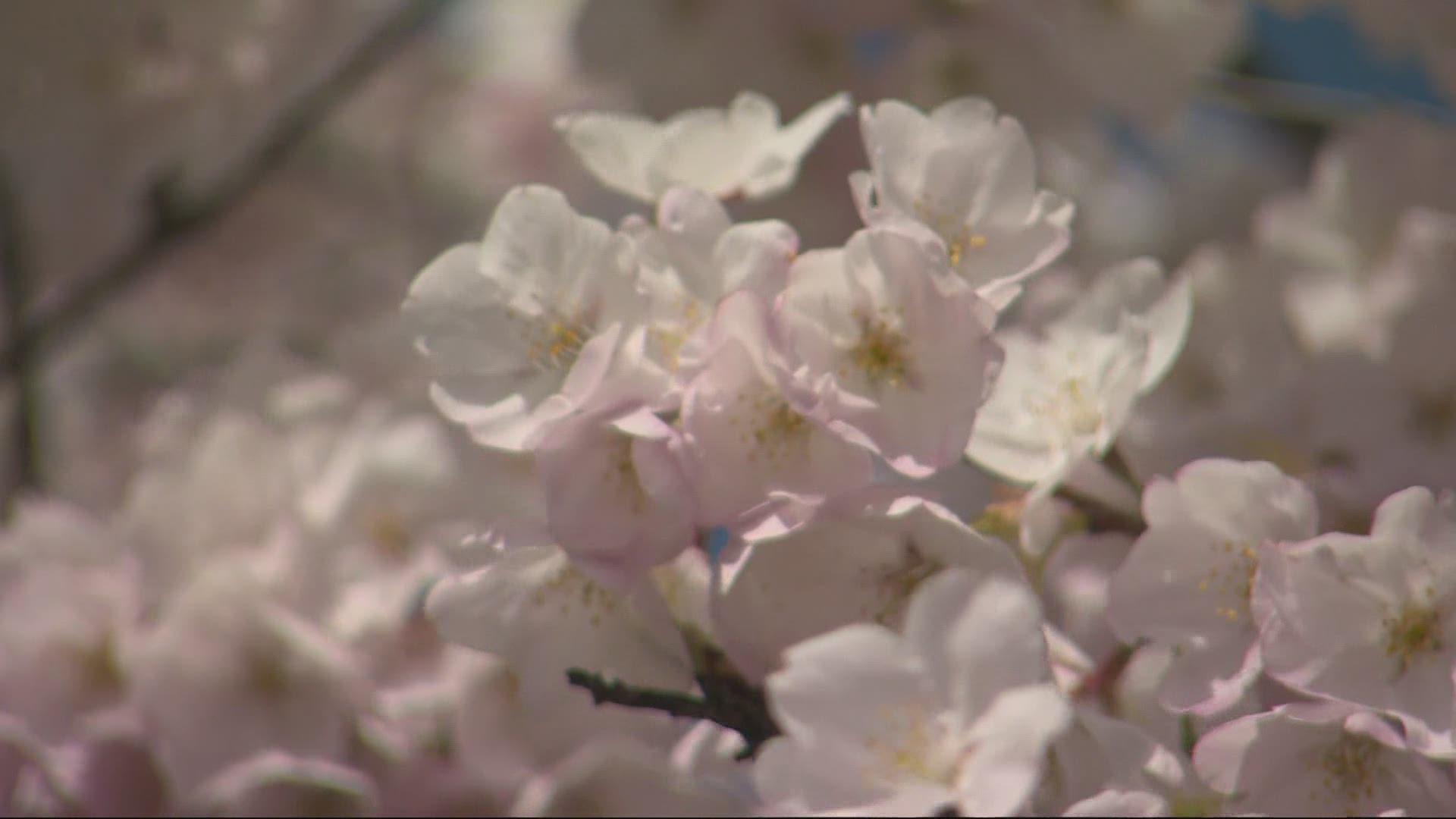 PORTLAND, Ore. — The cherry blossoms on the Portland waterfront are in full bloom right now. There's actually a pretty interesting history behind them.

It's right next to the current Old Town Chinatown, which was also known as Japantown.

A lot of Japanese immigrants lived and worked in that area before World War II. But during the war, 120,000 Japanese Americans were sent to internment camps, including about 4,000 from Oregon.

The plaza tells the story of these hardships through poems, sculptures, and, of course, the cherry blossom trees.

It was designed by award-winning landscape architect Robert Murase.

RELATED: Prisoners in Their Own Land: Life in a Japanese internment camp