Renn Cannon, the special agent in charge of the Portland division of the FBI, spoke with KGW about the agency increasing its efforts to identify 10 protesters. 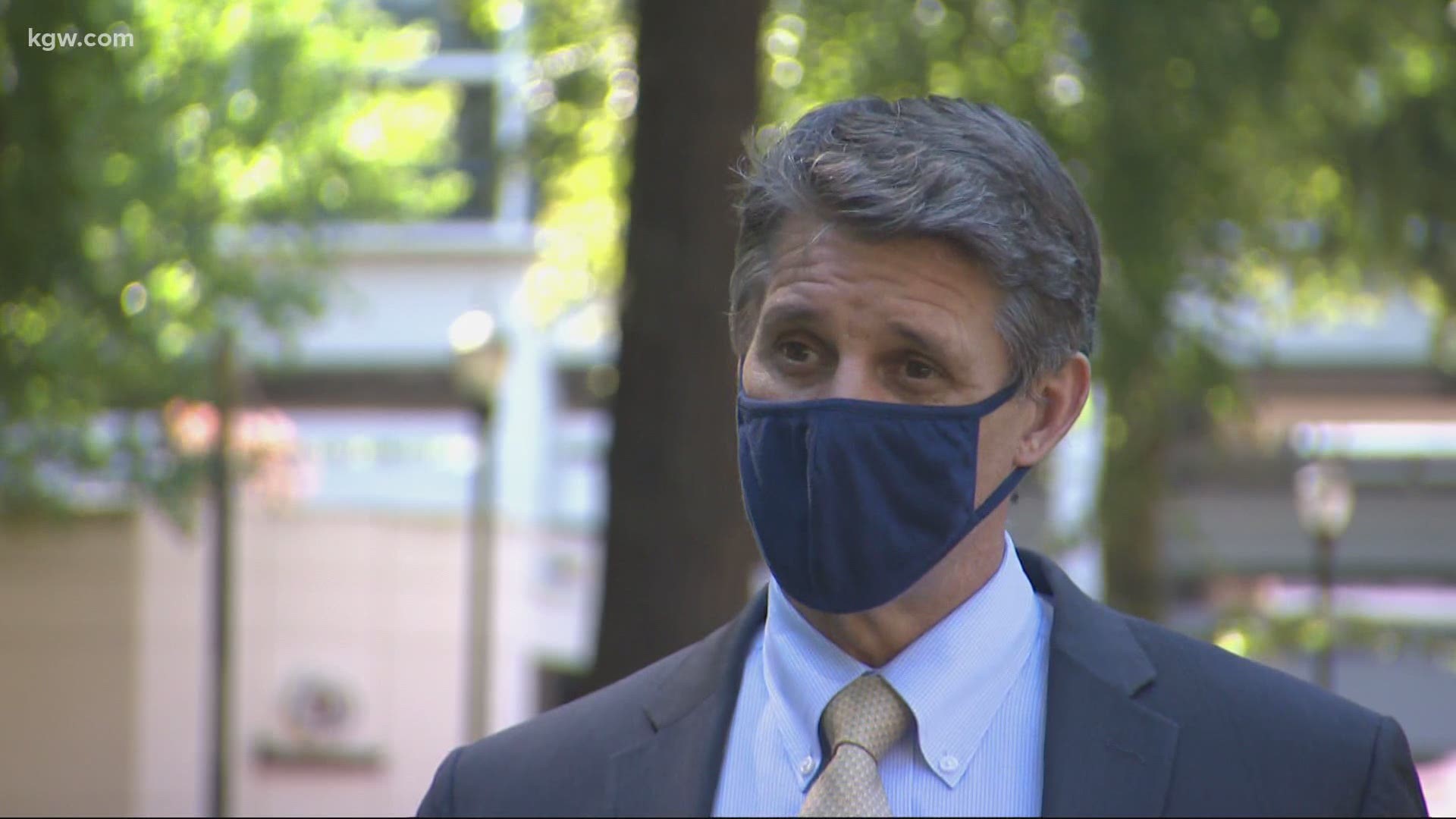 PORTLAND, Ore. — The Federal Bureau of Investigations is stepping up its efforts to identify 10 protesters wanted for committing crimes inside the Multnomah County Justice Center on May 29, 2020.

Renn Cannon, the special agent in charge of the Portland division of the FBI, says the bureau has hit what they call an "impasse" with these individuals, partially because their faces are so hard to recognize with masks on.

"I just want to start the conversation by saying that we recognize the death of Mr. Floyd and others has sparked a really important national conversation," Cannon said.

#WantedWednesday The identity the individuals who participated in criminal activity inside the Multnomah County Justice Center on May 29, 2020. https://t.co/C4mxXCaL2h
FBI's Toll-Free Tipline: 1-800-CALL-FBI
You can submit an anonymous tip online at https://t.co/I7CHwzLxRV pic.twitter.com/vTP8snhr1a

In increasing their efforts, the FBI has been watching video footage across all social media channels -- from every night of the protests since they started in late May.

"We can go and look at open source publicly posted information on the internet. We pay attention to the news just like anybody else and we pay attention to all that. This is a different environment with all the social media. So if it's publicly posted, we can take a look at it and we go through the internet. When there's a predication, a reason to do so, we take a look and try and figure out who did the crime," Cannon explained. "It's very difficult in a crowded environment, so that's labor and time-intensive and that's what we're asking for the public shop today.

Federal investigators used live streams to arrest 24-year-old Dakotah Ray Horton for allegedly attacking a federal officer with a baseball bat. Some social media videos of the attack led to him being spotted in the Rock Creek area wearing the same clothes. He was arrested shortly after.

Edward Schnzing was arrested by the ATF on arson charges, partially because he was recognized by his back tattoo.

However, videos usually aren't enough to arrest people. Cannon said the FBI actually needs demonstrators to turn on those who broke the law.

"At this point this level of chronic violence," he said. "Individually I can understand the assessment that's not serious that serious of a crime, but the chronic violence has started to pile up in terms of the cost of the community, so I would say when you take a look at how much money is being spent by city and county and state budgets for the security operations night after night for repairs, the impact on business on tax revenues... all of those things add up. And those are the types of things we evaluate so the impact on the community, cumulatively it was prompting us to do more."