Sometimes you can tell the story of an entire community with just one street. 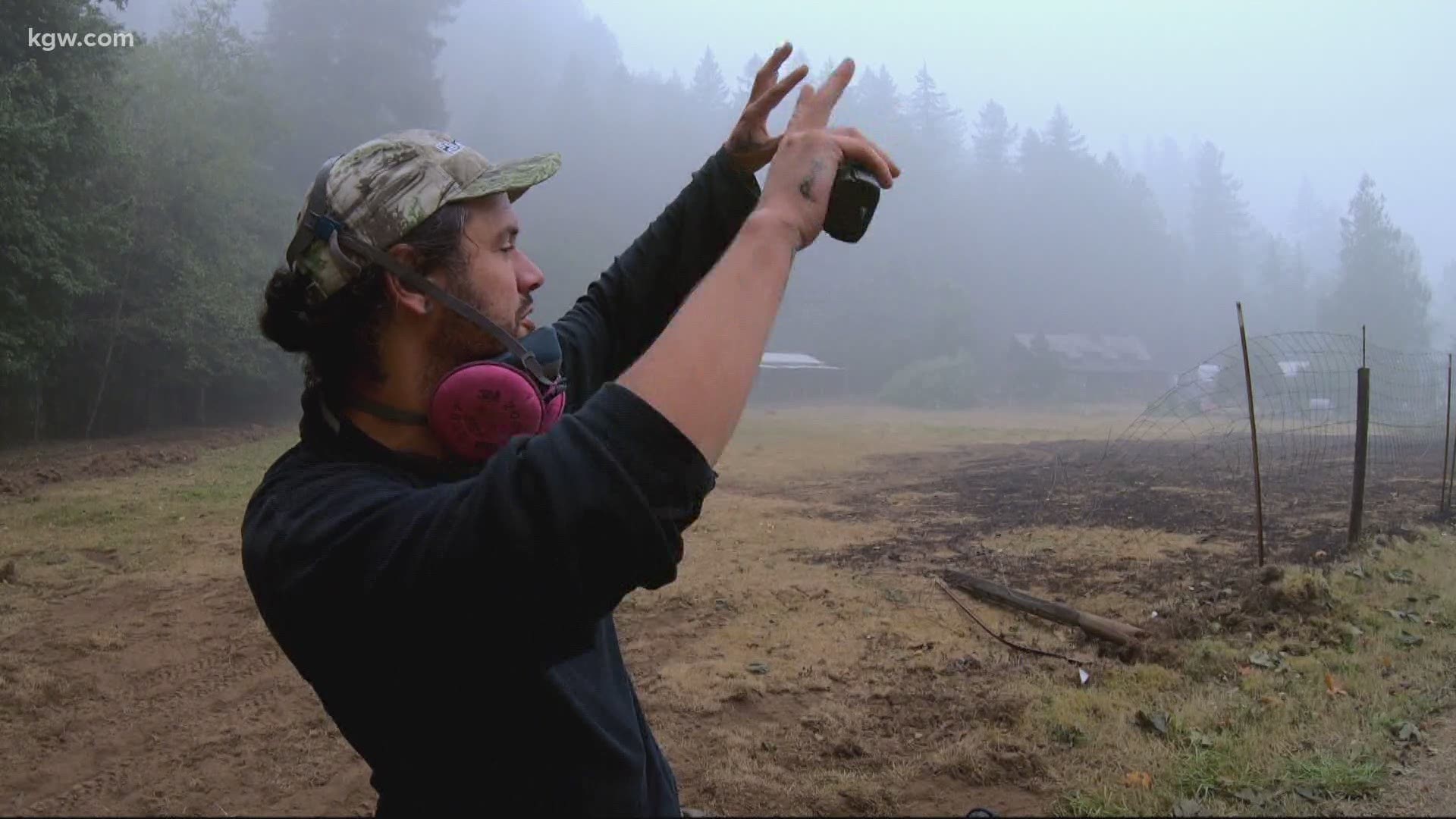 ESTACADA, Ore. — Sometimes you can tell the story of an entire community on just one street. But you need the right guide. Ours was known simply as Bonsai. A welcoming person on a road that's grown wary of strangers.

"You can see right in the corner between the barn and the house, a huge shed melted, and all of the forests right there was on fire.. and it stopped right at our doorstep," Bonsai said.

The first doorstep he took us to belongs to another person with just one name, Nahko – who is the head-man for Nahko and Medicine for the People.

He nearly lost everything. Nahko didn't evacuate right away and decided instead for sleepless nights trying to protect his place.

“The miracle is how the fire came right up to the edge of his yard over here and missed the house by 100 yards. So, that's my house right up there. And the fire came and stopped right here along the path,” Nahko said.

Three houses on the street were not so lucky. Bonsai led us to one of them, a property at the end of the road. He also led us to the owner, Eric, who's trying to make sense of what's left.

“It burned everything. The boat melted. We had a car in the garage. You can kind of see the boat trailer inside the rubble there,” Eric said.

Eric told KGW the fire moved in so quickly that evacuation orders jumped from level 1 to 3 and he left without grabbing anything. The fire took everything he owned – except for an unlikely blessing.

The framework of his dream house, built by his own hands, hardly has a scratch even as the home next door burned to ash. Eric thinks it was probably divine intervention.

“It wasn't supposed to burn. How can it not? It's ready to go up like a match. And it didn't burn. And everything else did. I can't explain it,” Eric said.

There's a hopeful sense on this street and with the people living on it: that soon the smoke will clear for a better path through Estacada.

RELATED: Oregon 'has been pushed to its limits' by unprecedented wildfires, Gov. Brown says