Could a judge assume control of Portland Police Bureau?

The DOJ has been monitoring Portland police's use of force for almost a decade. 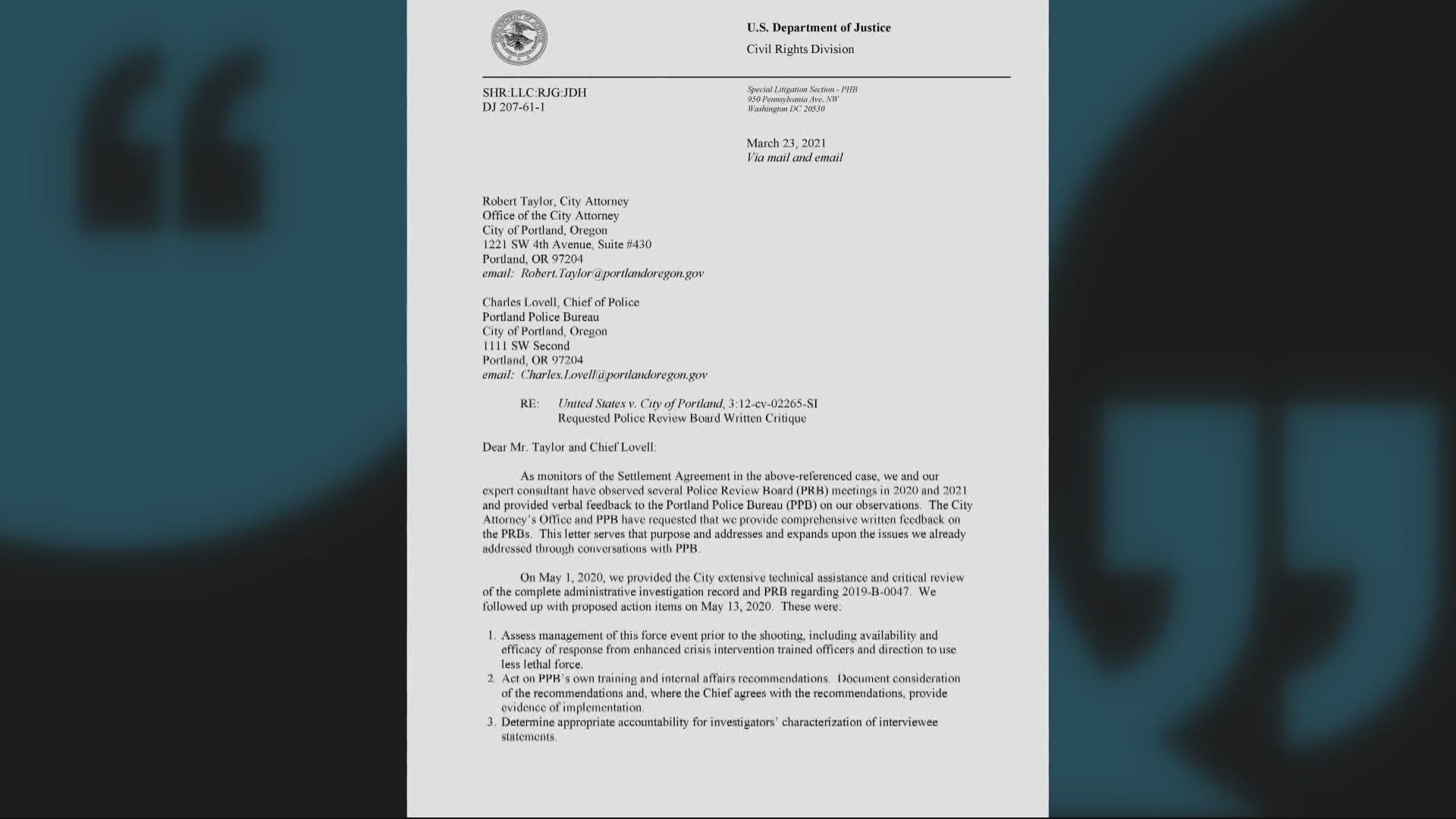 PORTLAND, Ore — A lack of transparency may give the Department of Justice (DOJ) grounds to take over the Portland Police Bureau. Let’s dig in.

Nearly a decade ago, in 2012, a DOJ investigation into "use of force" found that Portland police had deficiencies in policy, training and officer accountability and that they were acting unconstitutionally.

The city agreed to address its policies and they reached a settlement.

Three years later, the DOJ checked in and found the bureau wasn't fully complying so they made some amendments.

The bureau established a new community oversight group, ensured officers who use deadly force would be interviewed within 48 hours, and changed how they collect and report data.

It seemed everything was back on track until 2020. Police faced a lot of challenges last year and one of them was sticking to their agreement with the DOJ.

Here's one of the big examples: During the protests and riots, the Justice Department logged more than 6,000 separate instances of use-of-force with PPB.

Each one of those is supposed to be logged in a very specific way and according to DOJ they weren't, or at least that's how it appears. The DOJ sent a warning letter to Portland police demanding a response and the city has until Friday to explain themselves and present a plan.

Jason Renaud with the Mental Health Association of Portland said the feds could have grounds to take over the bureau.

"We haven't heard from the city of Portland. That's what the DOJ has asked for,” Renaud said. “They have asked the city to respond, if the city is not willing to do that, and they haven't been willing so far, then the issue goes to mediation, which has not been successful in the past. And if it does, isn't successful in mediation, then the police Bureau will go into the hands of a federal judge."

The original deadline for the city to respond was May 3. But they successfully negotiated for more time.