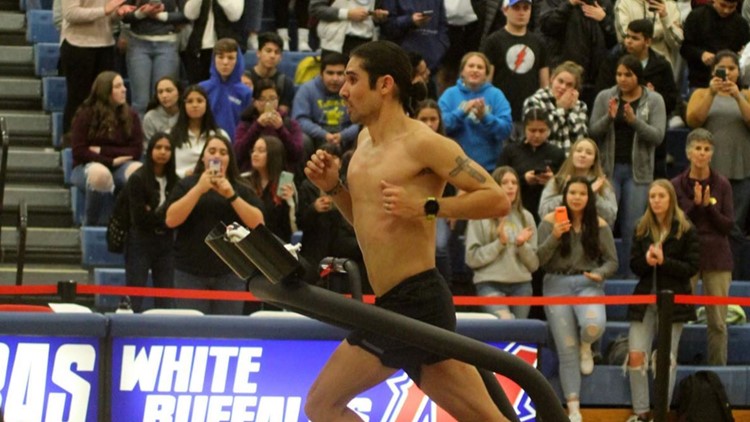 MADRAS, Ore — An Oregon runner set a world record on Tuesday when he finished a 50k on a treadmill in under 3 hours.

Mario Mendoza has won national and international accolades for his trail running including four-time USA Trail Runner of the Year.

On Tuesday, in front of the packed gym at Madras High School, Mendoza broke the 50k treadmill world record by 46 seconds. He finished with a time of 2:59:03, KTVZ reports.

After he broke the record, he broke out in a smile and told KTVZ, “Once you finish, it’s done.”

“You have to get comfortable with that type of hurt and pain," Mendoza told KTVZ. "You have to make it your friend, and I think today we accomplished that.”

Mendoza chose to set the new world record at Madras High School because of the school’s diversity. He wanted to promote fitness and inspire students, KTVZ said.