A city official said, to his knowledge, the sound was turned off on Thursday. 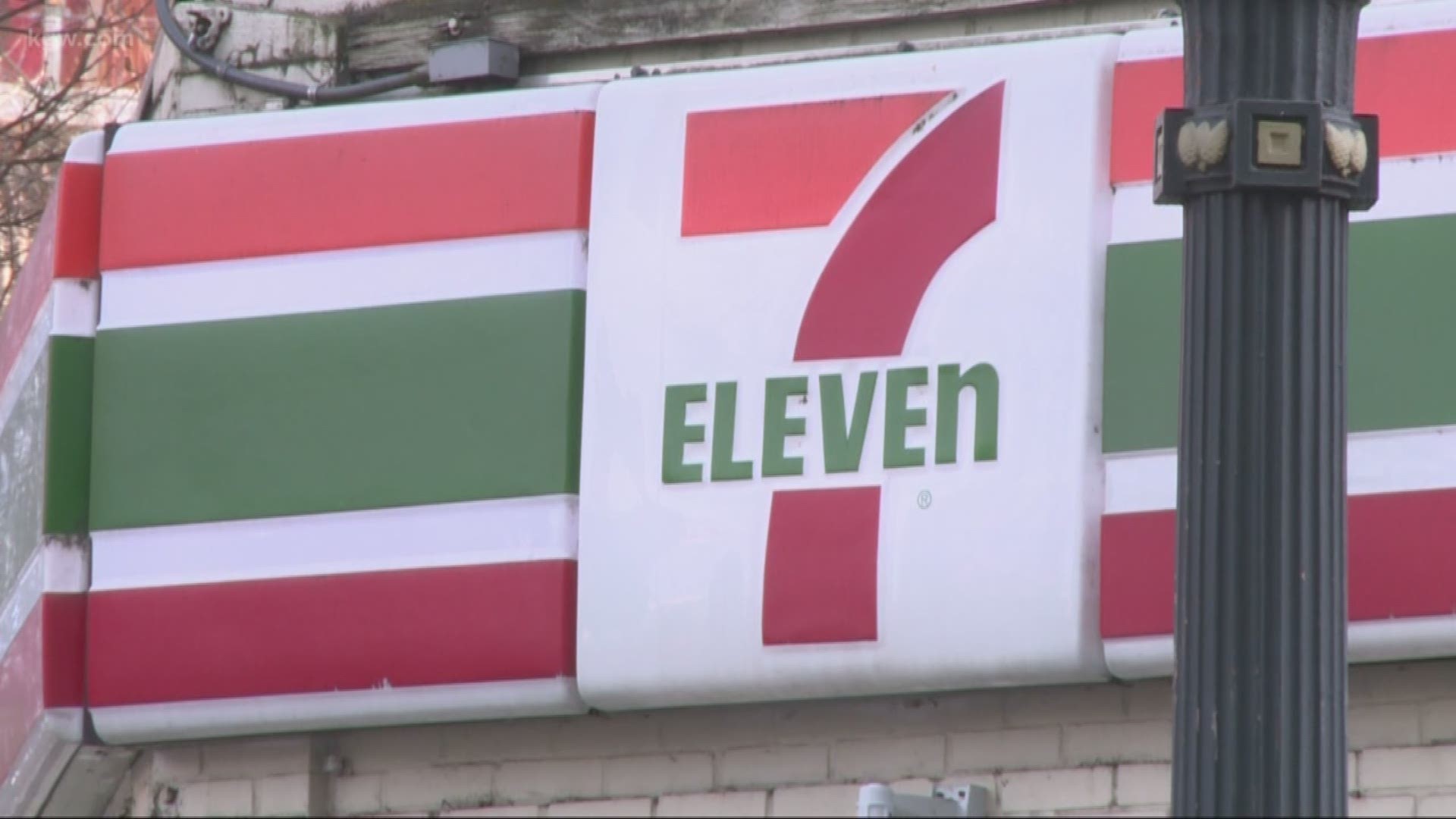 PORTLAND, Ore. — A piercing sound that was coming from a 7-Eleven corner of Southwest 4th and Southwest Taylor Street in downtown Portland violated city code, according to a city official.

Portland noise control officer Paul van Orden confirmed a Street Roots report that he went to the 7-Eleven on Wednesday after the city received multiple complaints. He said the tone screaming from the front of the convenience store registered at more than twice the legal limit.

The sound has since been turned off.

The high-pitched sound appeared to be coming from a box mounted above the 7-Eleven sign. It's unclear how long the sound had been playing, but the idea was to clear out the homeless that congregate at the store entrance.

One man who camps downtown said he couldn't stand the noise.

“Multiple nights, it played continuously, the entire night. It was on still during the day. Like it didn't stop,” said Jeff McKenzie. “It's horrible because I've got sensitive hearing.”

The owners of the building where 7-Eleven is located, Standard Insurance Company, said the intent of the noise was to create a safer environment for employees.

“The safety of our employees, tenants and guests continues to be our top priority. We have been working with the City, the Portland Police Bureau and Downtown Clean & Safe to determine how best to deal with the persistent threat posed by public drug use, menacing behavior and other criminal activity at the corner of SW 4th Avenue and Taylor Street," said Bob Speltz, a company spokesperson. "This ongoing issue concerns a small group of individuals well known to law enforcement who have created a regular health and safety threat at and around this street corner. We have temporarily turned off the sound but will continue to address the criminal behavior that occurs daily at this location."

Van Orden said Portland has some of the most specific noise regulation laws in the country.

The city, van Orden said, treated the incident like they would when responding to a loud nightclub.

“There's really no need to get into an argument of what their intent was. It’s just something that, analyzing it, it's not acceptable,” he said. “I've been doing this 23 years, so in those years, I’ve had similar types of sounds. Usually it’s to scare away raccoons or cats or some kinds of critters.”

Homeless advocates argue it's more complicated than laws about noise.

“Is this the kind of society we want to be? The kind of society that tries to make life harder for people on the margins,” said Kaia Sand, executive director of Street Roots. The organization’s local, weekly paper covers issues tied to Portland’s homeless community.

Sand said the ear-piercing tone is dehumanizing and aggressive, adding it has the same impact on homeless people as the jagged boulders the Oregon Department of Transportation placed on its properties to keep campers away.

And in Vancouver, KGW has covered the city's move to install park benches with arm-rests in the middle. The goal, admitted officials, was to keep people from lying down. That trend has a name in some circles: “hostile architecture”.

Sand says this the noise coming from this downtown convenience store is an invisible version.

“If people are struggling with their mental health, if they've experience trauma, then sounds are that much more difficult to handle,” she said. “So, this is about pushing them that much further into struggle.”