The jaw-dropping images out of Texas have left some along the Columbia River worried about how they might fare if a storm slammed through the area. 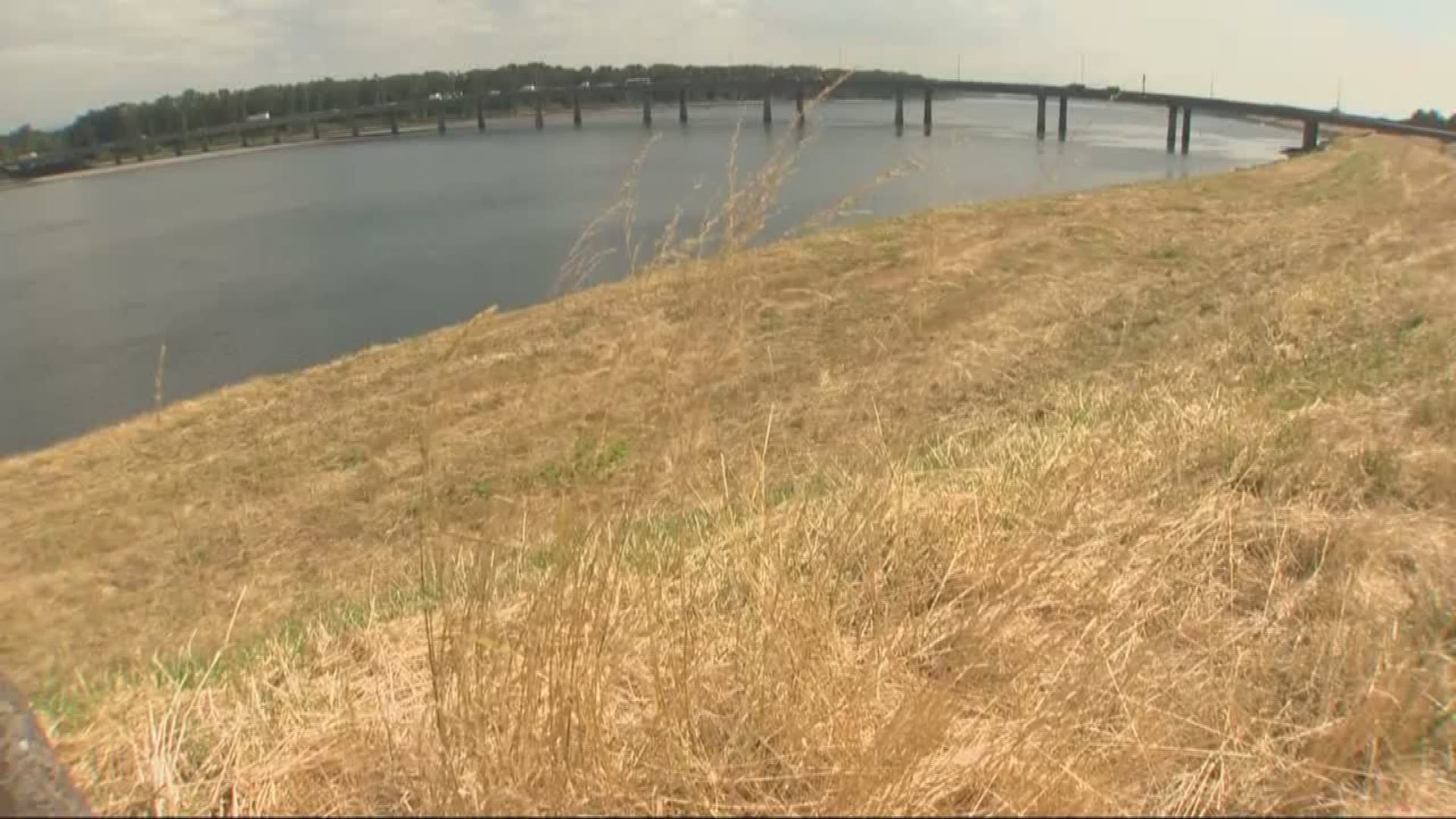 PORTLAND, Ore. -- The jaw-dropping images out of Texas have left some along the Columbia River worried about how they might fare if a storm slammed through the area.

For Maryhelen Kincaid, seeing what's happening in Houston is gut wrenching, but it's also making her think about her own home, which is near the river.

“For the last few days I've said that could be us if something catastrophic happened,” said Kincaid. She is part of Levee Ready Columbia, a group made up of five cities, and state and federal officials, all working together to maintain area levees.

One catastrophe that comes to mind, is the last big flood in the Portland area. It hit Vanport in 1948. Houses literally floated away and 15 people died.

“We don't know what's happening with weather patterns. We want to be prepared for the worst,” said Corky Collier, the Columbia Corridor Association Executive Director.

“It’s going to go from the Sandy River in the east, almost all the way out to the Willamette in the west. Then from the Columbia River on the north down to roughly I-84, Columbia Boulevard, kind of a line through there,” said Collier.

With so much area that could flood if conditions were bad enough, Collier said city, county and state officials are trying to be as prepared as possible. They’re doing their best to maintain the levees that are built up with sand and other material.

“A levee is basically a ridge that holds the floodwater back,” Collier said.

He said the concern isn't necessarily that the water would rise up and go over the levee. It's more that it would push up hard against the levee, breach it, then the water would pass straight through underneath.

“It can actually travel right underneath the levee and pop up on the other side,” he said. In that case, the weak spots would need be patched up.

There are about 27 miles of levees along the Columbia River. Collier said those levees not only protect thousands of homes in the area, but they also act as a barrier to protect businesses like Portland International Airport. The levees also protect Portland’s backup drinking water supply that flows from the Columbia Southshore Well Field.

Collier said after Hurricane Katrina in 2005, the federal government increased standards. It’s good news for folks like Kincaid. She and other officials say the only question now is not if a big flood will happen, but when.

Kincaid said she has faith the levees will hold and officials agree. They held back in 1996 when river levels got dangerously high.

Joel Schoening, with the Multnomah County Drainage District, said the levees are in good shape for now, but they are getting older and will need improvements. He said the oldest pump station was built in the 1930s and the lifespan is 20-50 years.

Schoening said while the MCDD crew has done a good job at extending the lifespans of the pumps, they won’t be able to do it forever.

Schoening said this past spring was the highest river level recorded in 20 years. Had there been a big warm rain storm at that time, he said we could have seen a 1996-like event.

For people who live in a floodplain, homeowners insurance typically does not cover flooding.

Here are some historical dates and figures in regards to flooding and rising river levels: