The co-administrator of the Portland chapter of the non-profit says, "We need to get the World War II vets on this next trip or they may not be going. " 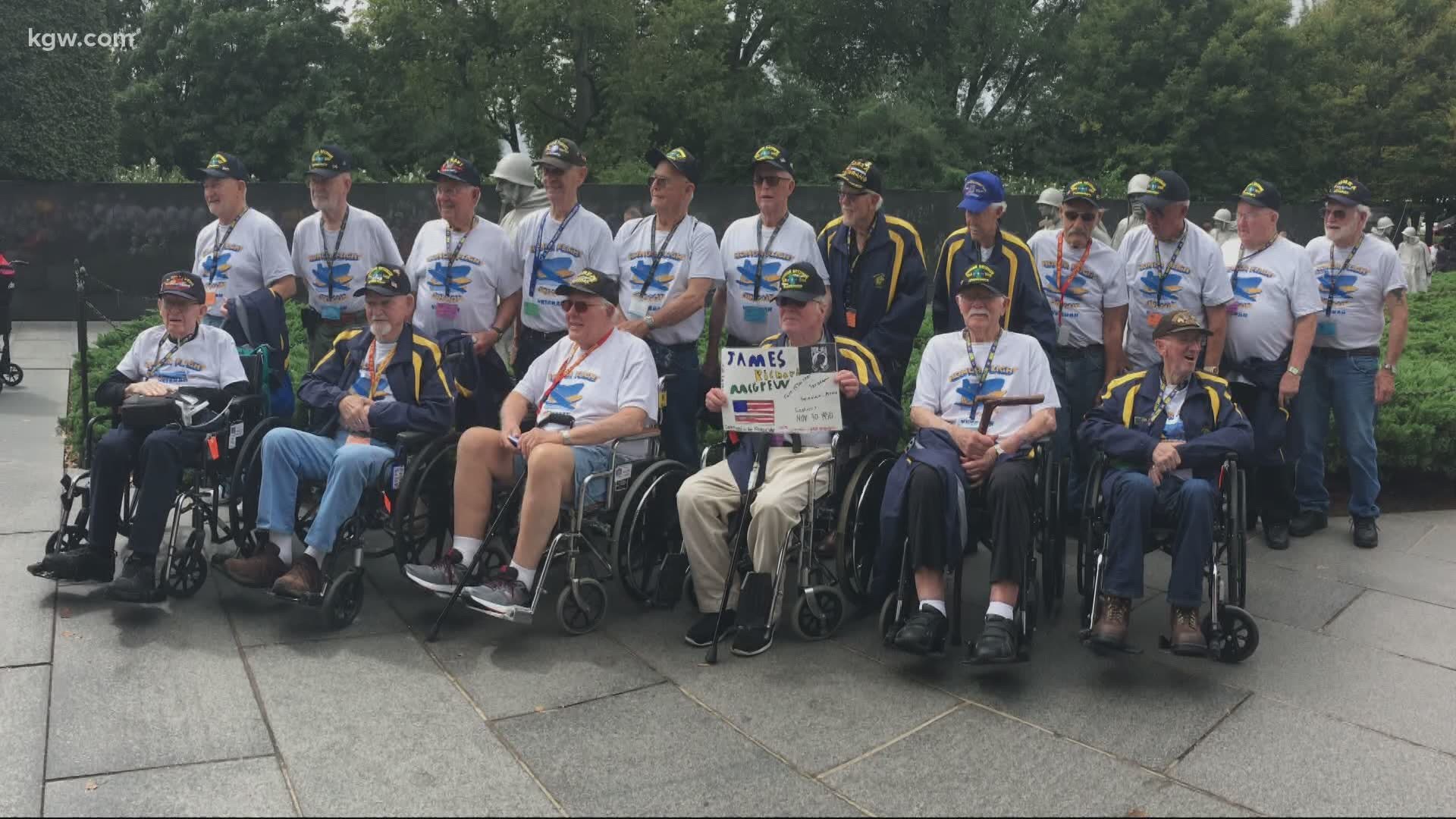 PORTLAND, Ore. — Every year, hundreds of veterans from Vietnam, Korean and World War II eras are taken on a trip of a lifetime through funds donated to The Honor Flight Network.

Honor Flight is a national non-profit with chapters all around the United States, including Portland. Donations pay the way for veterans to fly to Washington D.C., to enjoy the memorials built in their honor.

The World War II Memorial, The Vietnam Veterans Memorial and the Korean War Memorials are just some of the locations that they visit during the brief trip. A sponsor, usually a family member or close friend travels alongside them and pays their own way. A doctor and a nurse are always present.

It's a trip that has a different impact on each person that goes.

"He said at the end of it, aside from marrying your mother and holding you two girls when you were born," Linda Tate says, "This was the highlight of his life. He actually ended up saying I can die now."

Tate's dad, Bill Guttormsen was a U.S. Navy veteran of World War II. He was an electronics mate 2nd class, that served aboard the U.S.S. Boise and the U.S.S. Toro.

Tate and her father went on an Honor Flight trip in 2017. She says her dad never talked about the war, but the experience changed him.

"He had always said, 'You know I was there, why do I need to talk about it?' but clearly watching him interact with the other veterans it was something that needed to happen."

Tate says before her dad died in 2019, "He brought each of us to his side and in my private meeting with him he said 'promise me that you will help these people get as many veterans back there as you possibly can. It's so important."

Tate is now one of the administrators of the Portland chapter, bringing the same experience her dad had to other veterans.

"This is in memory of him that I do this," Tate said, "It kind of makes me cry a little bit when I talk about it because it was so important to him."

Then the pandemic hit. All Honor Flight trips across the nation were canceled in 2020. Tate fears that if the pandemic doesn't end and trips don't resume, "That we're gonna run out of time. Time is of the essence and especially for the Greatest Generation."

According to the National WWII Museum, 296 World War II veterans die each day. Of the 16 million that served, just over 300,000 are still alive 75 years after the war ended. There are just over 5,000 living in Oregon.

"Unfortunately, we're getting close and it's urgent," Tate says, "We need to get the World War II vets on this next trip or they may not be going."

Tate says the trips are canceled until at least February but said the likelihood of a trip wouldn't happen until spring or fall.

"If we do get a chance to go, we will do everything in our power to make it as safe as possible," Tate said.

The 2020 trip would've had 25 veterans, their hope if they do go, is to double that number. Those that are a World War II veteran or with a terminal illness move to the front of the line.

Every dollar donated pays for a veteran's trip, but with the pandemic and job losses, donations have been sparse. They are still looking for more volunteers and donations. Tate says any amount helps.