The 2010s: Top 5 Oregon nature stories of the past decade

Oregon saw a total solar eclipse, dealt with massive wildfires and saw the city of Portland shut down during "Snowpocalypse 2017." 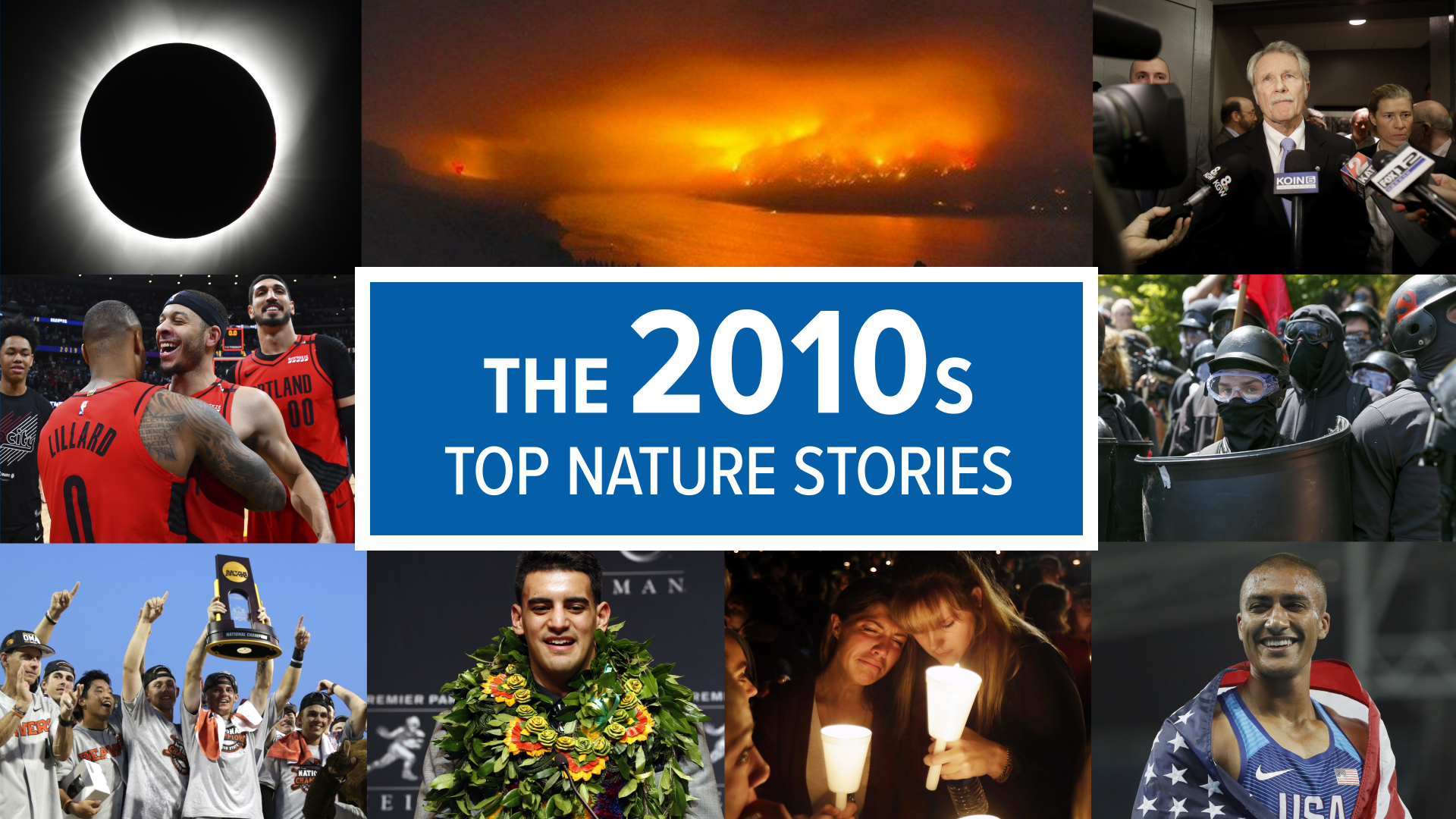 PORTLAND, Ore. — In the past decade, Oregon saw a total solar eclipse, dealt with massive wildfires, including the 2017 Eagle Creek Fire and 2012 Long Draw Fire, saw the city of Portland shut down during "Snowpocalypse 2017" and watched a tornado blast the small town of Aumsville.

In no particular order, here are the top nature stories in Oregon from 2010-2019.

For the first time in 99 years, a total solar eclipse passed over the United States from the Pacific to the Atlantic coasts. And for those who wanted to see "totality," Oregon was the place to be. (Aug. 21, 2017)

The landscape of the Columbia River Gorge was forever changed after a firework ignited a massive fire that burned nearly 50,000 acres. Some of the area's most popular hiking trails remain closed to this day. (Sept. 2, 2017 through Nov. 30, 2017)

Portland received nearly a foot of snow in a single day for the first time since 1995. The storm halted public transportation across the city with many drivers abandoning their cars altogether. Oregon Gov. Kate Brown declared a state of emergency. (Jan. 11-12, 2017)

An EF2 tornado hit the small town of Aumsville, Oregon. Wind speeds reached 120 mph and nearly 50 structures were damaged. Miraculously, nobody was hurt. But it served as a reminder that, although rare, tornadoes do touch down in Oregon. (Dec. 14, 2010)

The Long Draw Fire burned over 550,000 acres in a remote part of Southeastern Oregon. The fire was started by a lightning strike. (July 2012)

RELATED: The 2010s: Top 5 Oregon viral moments of the past decade