'That was his passion:' Brother remembers crab boat skipper who died in Newport

"My brother started out at a very young age fishing," Dennis Biernacki told WCAU in Philadelphia. "He was a generous man. We're gonna miss him dearly." 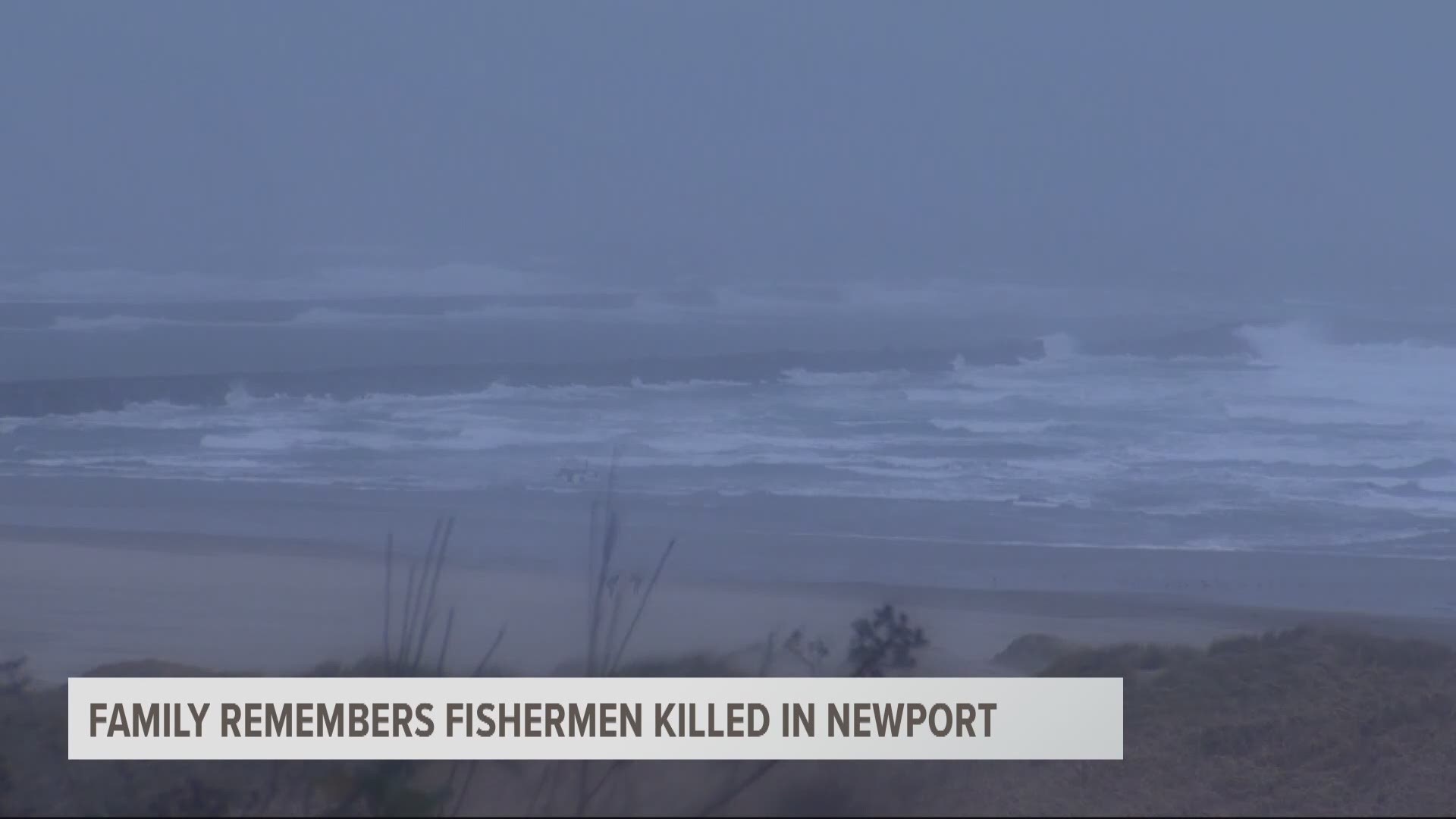 BARNEGAT LIGHT, N.J. — The brother of the skipper of the Mary B II, who died with two others when their crab boat capsized late Tuesday night, said fishing was Stephen Biernacki's passion.

"My brother started out at a very young age fishing," Dennis Biernacki told WCAU in Philadelphia. "He was a generous man. We're gonna miss him dearly."

Biernacki, 50, of Barnegat Light, N.J. died along with longtime friend James Lacey, 48, of South Toms River, N.J., and Joshua Porter, 50, of Toledo, Ore. The boat capsized as they tried to cross the Yaquina Bay bar.

Stephen Biernacki's sister-in-law said he lived to be at sea.

"You know how you say you're seasick. Well, Steven was always landsick. He was better off on water," she said.

Local Fishermen Killed When Boat Capsizes
A disaster at sea on the other side of the country has left people grieving at the Jersey Shore after the disaster claimed the lives of two men who used to work in our region. Now, those who knew the men are remembering them.

Friends at the Viking Village docks where Biernacki and Lacey fished say the pair will be missed. The wharf is where Biernacki kept his first boat, the Mary B, namesake of the Mary B II, purchased by his mother and moored at Yaquina Bay.

"Both real hard workers. Good guys. It's a shame," said one fisherman.

Another said, "They fished here for years and years and Steve was looking for a new start out there."

Dennis Biernacki had a prophetic remembrance about his brother's life.

"His passion was to die at sea too because that's what he loved so much."

1 / 6
Shelby Wolfe, Newport News Times
The crab boat Mary B II washed up on Nye Beach in Newport after capsizing while crossing the Yaquina Bay bar in Newport.