Forrest Babcock and Janet Zuelke suffered a setback when their giant telescope was stolen. Now it's back, and so are big plans to boost science education in Oregon. 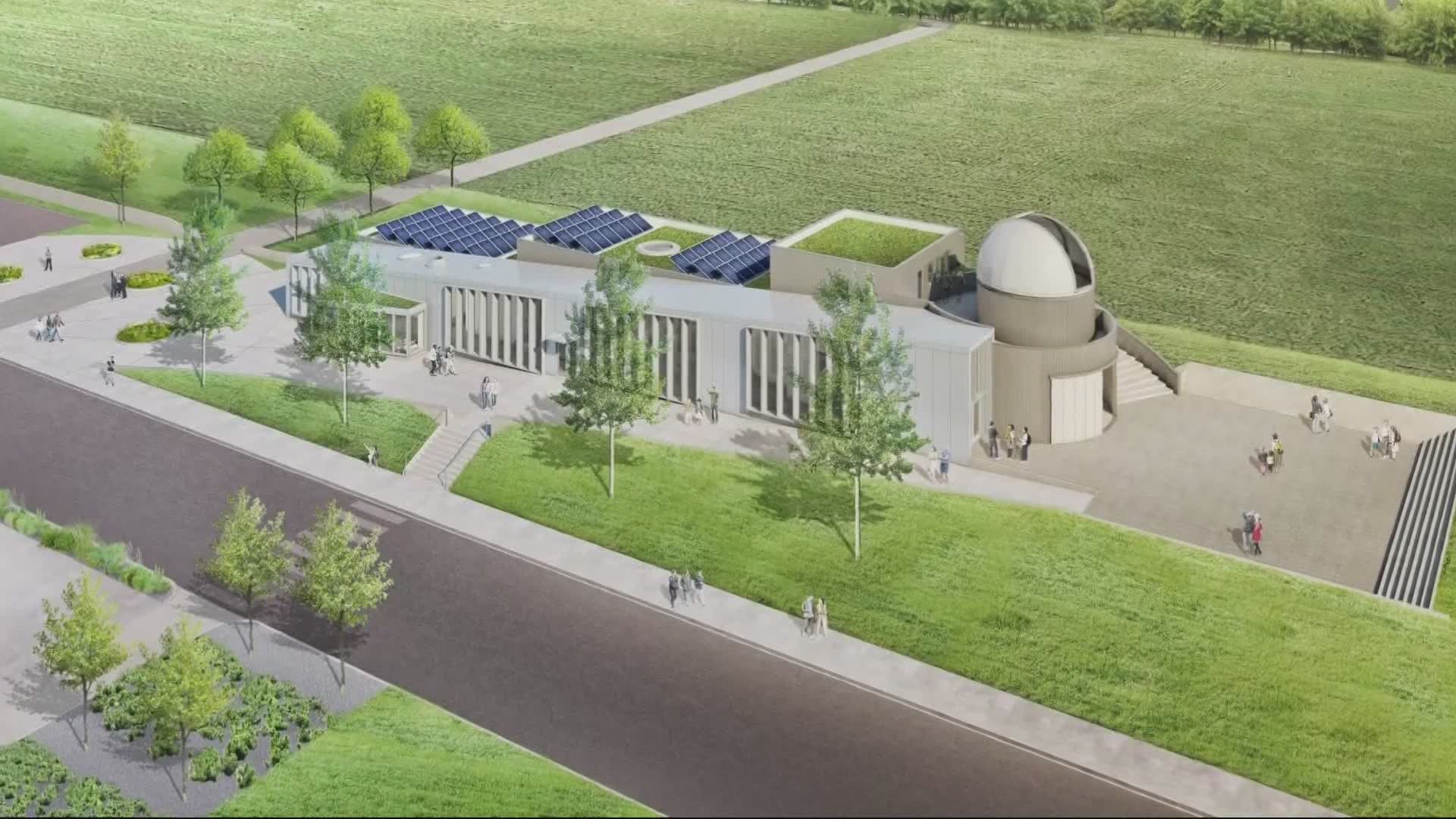 MCMINNVILLE, Ore. — A couple in Yamhill County—made famous by their telescope called "Big Blue"—is launching a $10 million campaign to open a space observatory and science center.

Forrest Babcock and Janet Zuelke have planned the Carlton Observatory for years, but could not find the right land—until now.

They are collaborating with the Evergreen Aviation & Space Museum, which is providing a plot of land next door on its campus for the observatory.

"It finally feels like there's no turning back, this is going to happen," Zuelke said.

For the last several years, Zuelke and Babcock have traveled all over the county with "Big Blue," their 15-foot, 800-pound telescope. They host star and planet gazing events at wineries, empty lots and schools to give people a view into space.

"The thing about science is it's like magic—only it's real!" Zuelke said.

The giant telescope was stolen in March, creating community outcry. Hundreds on social media lamented its loss. However, a few days later, deputies found the telescope abandoned and largely intact.

"You just knew it was going to come back to them. It was just the right thing to occur," said Evergreen's interim director Steve Scott.

Scott took over the museum last year when the Stoller family bought the property.

Both he and the Stoller group believe the collaboration with Carlton Observatory will do big things for science education in Oregon.

"This creates something that not only serves Yamhill County but the whole region," Scott said. "No pun intended, but all the stars aligned. Their passion is contagious. and their passion is going to get this thing done."

The project is ambitious and will involve about two years of fundraising through community support and grants. People can buy naming rights to stars to help fund the observatory.

It will take another year to construct the building, which was designed by Dangermond Keane Architecture in Portland pro bono. The firm specializes in education and science centers.

"It will have a planetarium, an observatory, a lecture hall, a beautiful star-gazing plaza," described Zuelke.

Linfield College is also donating telescopes from its former astronomy program. Zuelke said one telescope was built in 1888, found tucked away in Linfield storage for decades. It has a special lens that amplifies stars and planets even better than Big Blue.

"The best planetary imaging you can get," Babcock said. "I'm real excited about how that's going to look."

Although the observatory is on a three-year timeline, visitors to the Evergreen Aviation & Space Museum can a get preview sooner than that. Zuelke and Babcock plan to set up a workshop exhibit at Evergreen around mid-June. Visitors will be able to watch Babcock's team refurbish telescopes in preparation for the observatory's construction.

"[Space] can spark such imagination and creativity and wonder and romance. What else could be greater than that?" Zuelke said.