The cars are 1/10th the size of actual formula one race cars. Engineering school was awarded $1.5 million to get autonomous cars to researchers across the country. 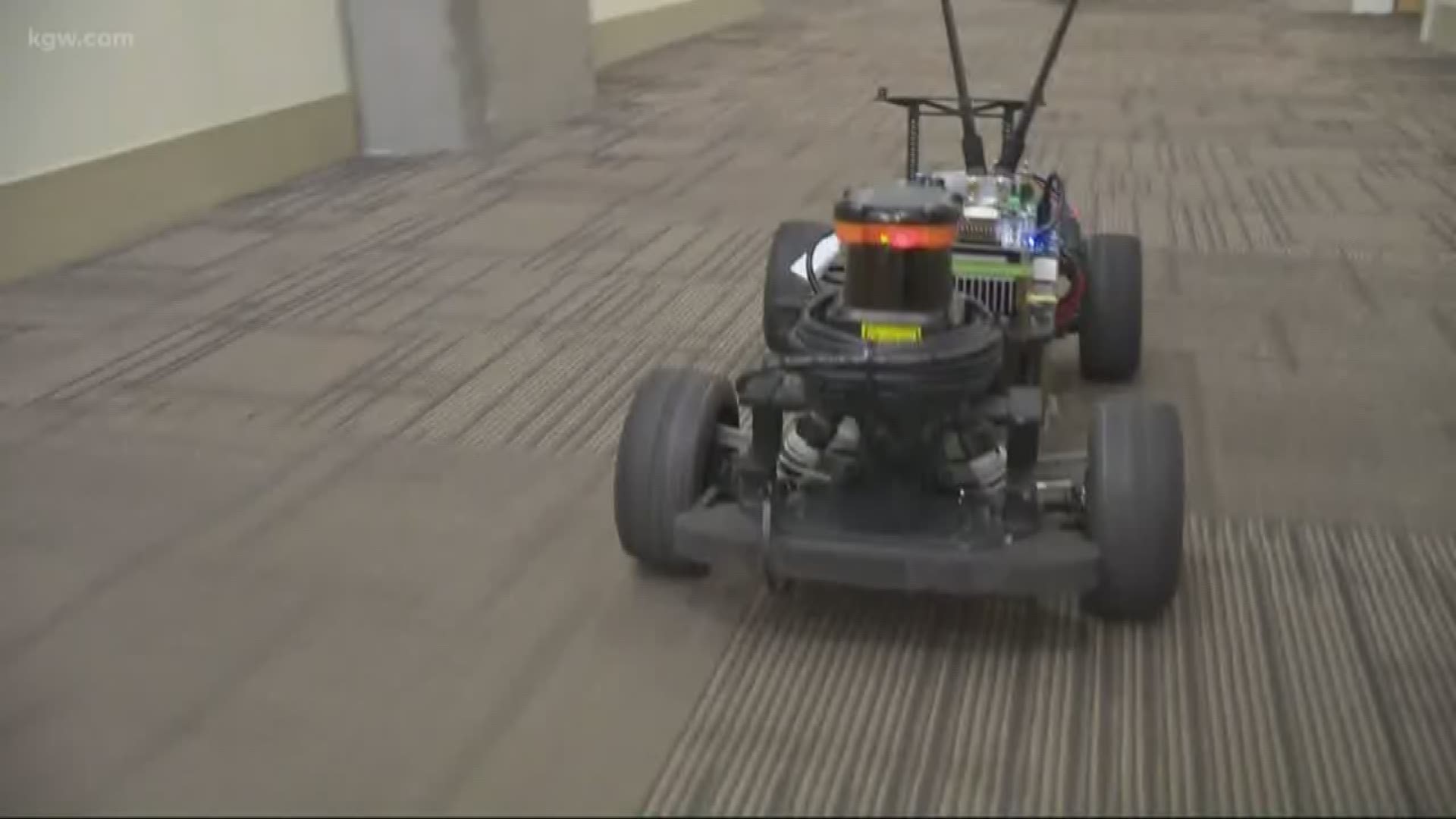 CORVALLIS, Ore. — There's no question, self-driving vehicles will someday be a reality on our roads.

The challenge is making sure they're absolutely, one hundred percent safe before they ever hit the pavement.

So how do you do that?

Engineers at Oregon State University have found one way and it's in the form of tiny autonomous cars.

The cars are 1/10th the size of actual formula one race cars.

The researcher took remote control cars and added all the technology and equipment needed to transform them into a self driving car.

OSU's College of Engineering was just awarded a $1.5 million grant from the National Science Foundation to give 80 of the cars to researchers across the country.

The goal is to get people outside big industry to start pitching in.

The safest way is to give students a smaller scaled down version so even if they crash their car on the wall it's not too big deal right," said electrical and computer engineer Niraj Basnet.

The more minds working on self-driving vehicles, the safer they will be.

"Autonomous vehicles is a really difficult problem and you need a lot of minds working on it and safety is critical," said Rachel Robertson with the College of Engineering

Not only are the tiny cars much safer to test out, they are also much more affordable.

A full-scale base model self-driving test car - can cost more than $300 thousand some closer to a million.

With the help of the grant, the 80 tiny self-driving cars will be passed out to researchers around the country for free.

READ: Is I-5 the best place to start self-driving cars?