‘We all just wanted to save lives’: Nonprofit gets FDA approval for low-cost ventilator, designed by Portland teen

A group of doctors and engineers, many from Oregon, worked for months to develop the ventilator to treat COVID-19 patients around the world. 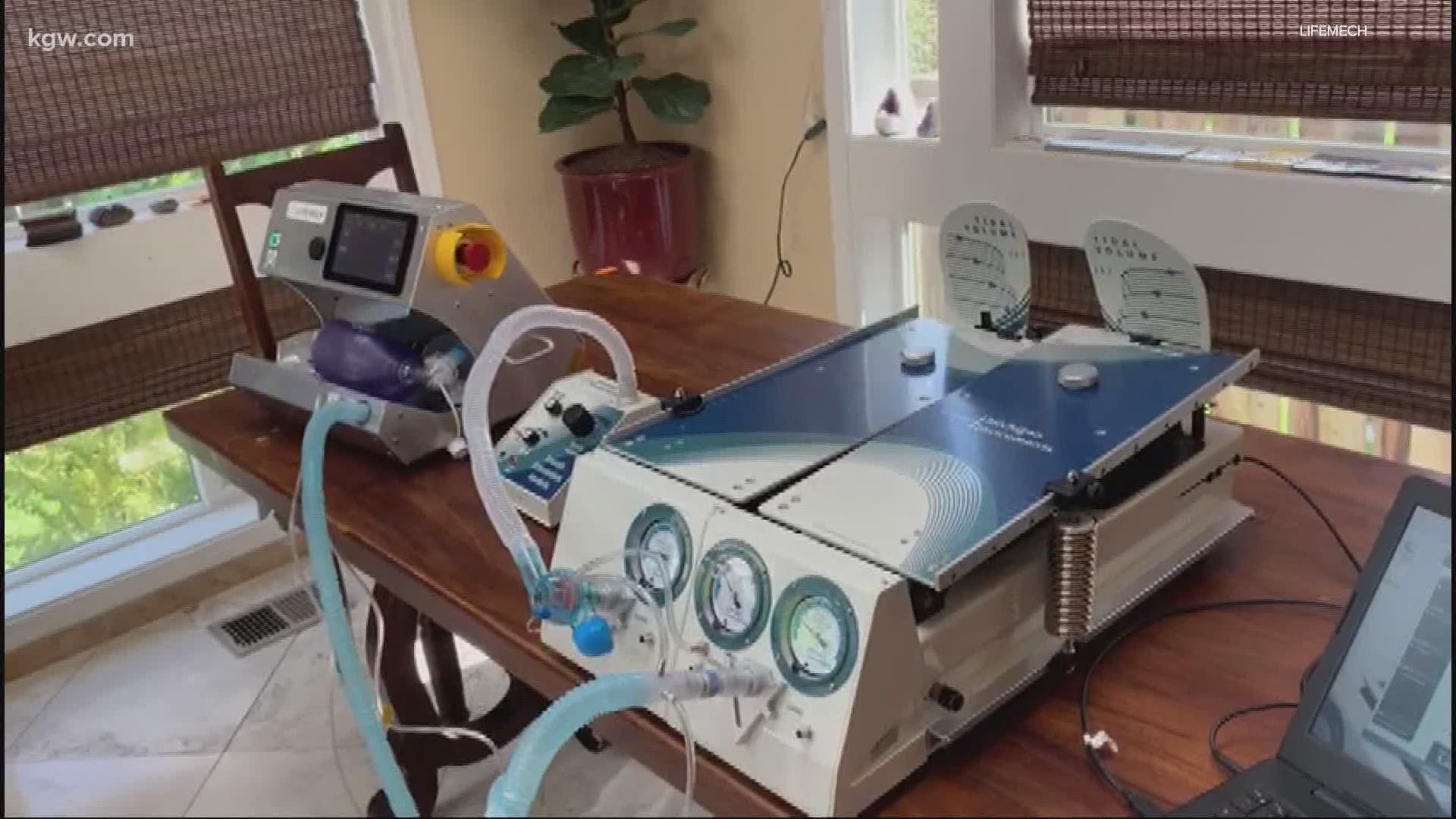 PORTLAND, Ore. — Around the world, 18.2 million people have contracted COVID-19 and almost 700,000 people have died from it. Many hospitals in developing nations can't afford the ventilators needed to treat patients, but that could soon change.

On Friday, the Food and Drug Administration granted emergency use authorization approval for the LifeMech Adapted Ventilator System (A-VS).

Since March, more than 180 doctors, engineers and innovators, many from Oregon, have worked together remotely to design a medical-grade, low-cost ventilator to treat COVID-19 patients around the world.

“We're super grateful for everyone on the team who worked with the FDA and the FDA reviewers for allowing us to bring this product to people who need it,” said volunteer software engineer, Avi Gupta, who helped design the ventilator's user interface. At 18-years-old, the Portland native is the youngest volunteer on the LifeMech team. He's also the reigning Jeopardy! Teen Tournament champion.

“From the very beginning, the goal of LifeMech was simple; we all just wanted to save lives,” said Gupta.

Ventilators used in most hospitals can cost tens of thousands of dollars. Developers said the LifeMech A-VS will cost around $400 to manufacture. LifeMech also made its plans for the A-VS open source, meaning anyone who has the need and ability to make one, can.

“The original prototype which was fully functional was made in our garages, so it's truly something that can be deployed worldwide in an effective manner,” said Gupta.

LifeMech raised nearly $25,000 in donations to help fund their effort. Now with FDA approval, they'll partner with organizations in hopes of getting the ventilators into developing countries including Zambia, Nigeria and Bangladesh.

“We're getting these devices into the hands of doctors who can use them and people who need them,” said Gupta.

The LifeMech team is already working on a second of its adapted ventilator system. With a little more time, Gupta said their new goal is to not just to meet standards, but to exceed them.