The Seattle Seahawks are partnering up with the Seattle-based artists at Ames Bros to create a line of limited-edition home game posters for the 2019 season. 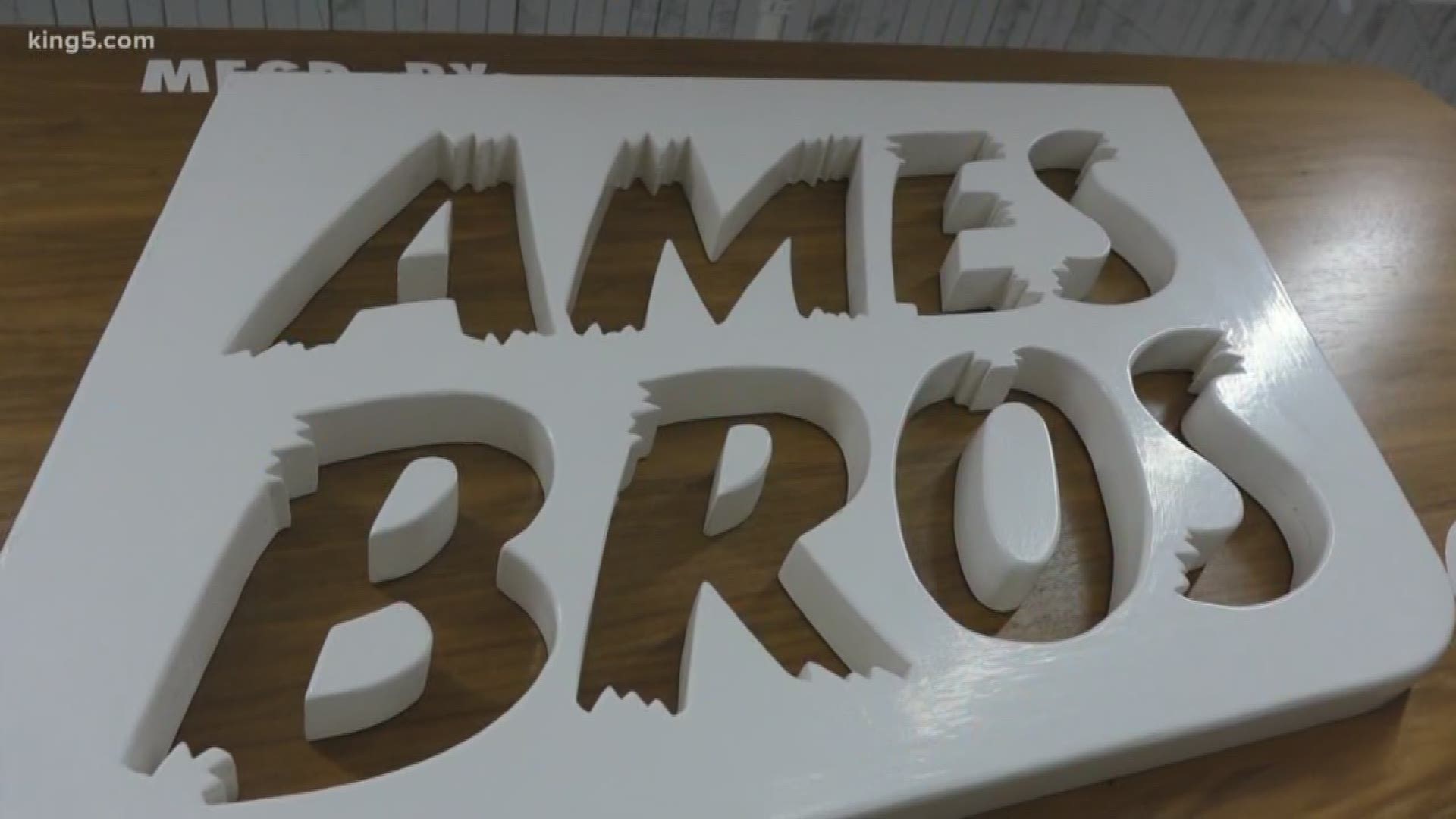 SEATTLE — Football season is in full swing. This year, the Seattle Seahawks are celebrating with a series of limited edition game day posters created by the Ames Bros and other local artists.

There will be eight posters commemorating each of the home games this season.

Proceeds from all poster sales will benefit the Creative Advantage Foundation, an organization dedicated to bolstering art education in Seattle public schools. Their mission insists that “learning through the arts is a vital part of a well-rounded education and leads to well-rounded, communicative, and adaptable residents in the Seattle community.”

Click to see the three posters that have already been unveiled.

The mission resonates with the Ames Bros, who say they did not have access to an education in the arts when attending high school in Montana.

RELATED: The gear you need for the ultimate Seahawks tailgate

Over the past twenty years, the Ames Bros have built a reputation throughout the Pacific Northwest for their unique, eye-catching concert posters and art. Established in 1994, the graphic design studio has been commissioned by some of the largest icons of the region, including Pearl Jam, Microsoft, Boeing, and Pagliacci Pizza.

They are joined by six other artists from the Pacific Northwest, each providing a creative rendition of their week’s match up.

Gameday posters are available for $25, the standard edition will be an 18”x24” screen print. Superfans can opt for a platinum-edition print if they manage to purchase one of twelve available copies.

Posters are available for purchase on the Seahawks website, where you can find additional information on the series.