New data shows the state of Oregon identified 746 victims of human trafficking across the state in a 12-month period from Oct. 2018 to 2019. 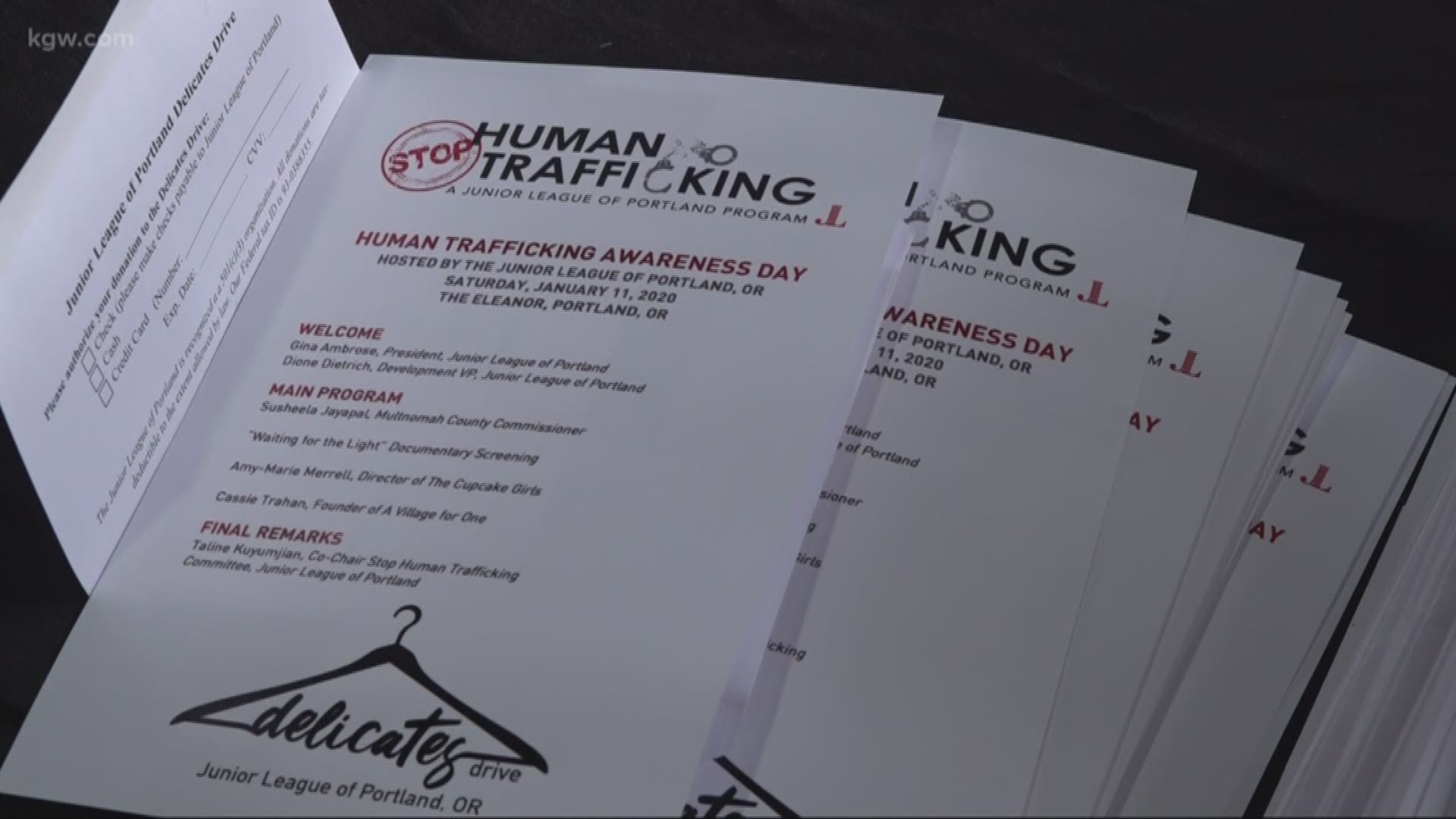 PORTLAND, Ore. — Saturday, Jan. 11 is National Human Trafficking Awareness Day. It’s a tough topic to tackle, often left in the shadows, but Portland groups are trying to change that.

“This is an incredibly important issue that we really need to face head-on now,” Junior League of Portland President Gina Roman said.

Portland is often cited with one of the highest rates of juvenile sex trafficking in the country, according to advocates. To shed light on the problem locally, the Junior League of Portland brought advocates and local organizations together at the Elanor in Northwest Portland Saturday to raise awareness and hopefully find solutions.

“It really happens to the girl, the boy, the transgender youth next door. The reality is, it's huge. These kids are born here, these kids are raised here, they're sold here and they're purchased here by the members of our community,” Cassie Trahan said.

Trahan is the co-founder and executive director of A Village of One. It is a Portland based non-profit that serves young victims of sexual exploitation, age 25 and younger. She was one of several speakers Saturday who shared insight on the issue right in our own back yard.

“There is no one person that is the representative of what it looks like. It happens to people of different backgrounds, different socioeconomic statuses,” she said.

New data released last week shows the state of Oregon identified 746 victims of human trafficking across the state in a 12-month period between October 2018 and October 2019, according to the Oregon Department of Justice and Department of Human Services.

However, quantifying the number of victims of an issue shrouded in stigma is difficult.

“We know that that number is low,” Trahan said. “It's the first time the state has released numbers statewide. So, we're expecting that number to be much higher next year as we increase our ability to capture those numbers.”

Multnomah County Commissioner Susheela Jayapal has made human trafficking a priority since joining the commission a year ago. The District 2 representative serves on the Multnomah Sex Trafficking Collaborative, which brings groups from foster to health care together to tackle human trafficking on a local level.

“It is hidden in plain site. That it isn't necessarily someone who's been grabbed physically off the street, but rather a young person so is vulnerable for a number of reasons. Perhaps they're living in poverty. Perhaps they're experiencing homelessness. Perhaps their family life is unsettled,” Jayapal said.

Changing that perception starts with education and documentaries like ‘Waiting for the Light,’ made by the Junior League of Portland. It aims to educate the community by addressing the impact of human trafficking in the Portland Metro area.

The Junior League also kicked off their Delicates Drive at Saturday’s event. Their goal is to collect 10,000 new undergarments to support survivors. The league's president Gina Roman says many victims of human trafficking have to surrender their undergarments for evidence and may not have the resources to buy new ones.

“We're giving them a piece of their self back,” Roman said. “So, it's so much more than just an undergarment. It's the significance behind it for these survivors.”

Learn more about the Junior League of Portland’s work to combat human trafficking and donate to the Delicates Drive here.