One person was killed in a hit-and-run crash in Southeast Portland Thursday night. 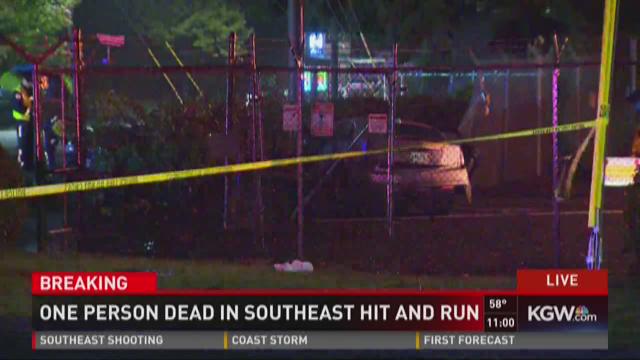 PORTLAND, Ore. – A man was arrested for his role in an October fatal hit-and-run crash that killed a 34-year-old Portland woman.

The US Marshals Oregon Fugitive Task Force arrested 29-year-old Laurence Dwayne Farrington on Saturday at a home in Clackamas County.

Farrington was booked into the Multnomah County Jail. He faces charges of first-degree manslaughter, failure to perform the duties of a driver (hit and run), three counts of recklessly endangering another person and reckless driving.

The driver of one of the vehicles, 34-year-old Robin Marie Parks of Portland, was found suffering from traumatic injuries. Medics tried to save her life but she died at the hospital, according to Sgt. Pete Simpson of Portland police.

Three occupants in the other vehicle fled the scene on foot.

During the investigation, officers recovered evidence that identified Farrington as the driver involved in the crash. A Multnomah County Grand Jury indicted him on numerous charges on Dec. 2.

The investigation is ongoing. Anyone with information should contact Officer Phil Maynard at 503-823-2216 or phillip.maynard@portlandoregon.gov.