'We shouldn't have to fight this hard:' Local survivors, advocates weigh in on Weinstein verdict

The jury found him not guilty on the most serious charge, predatory sexual assault. 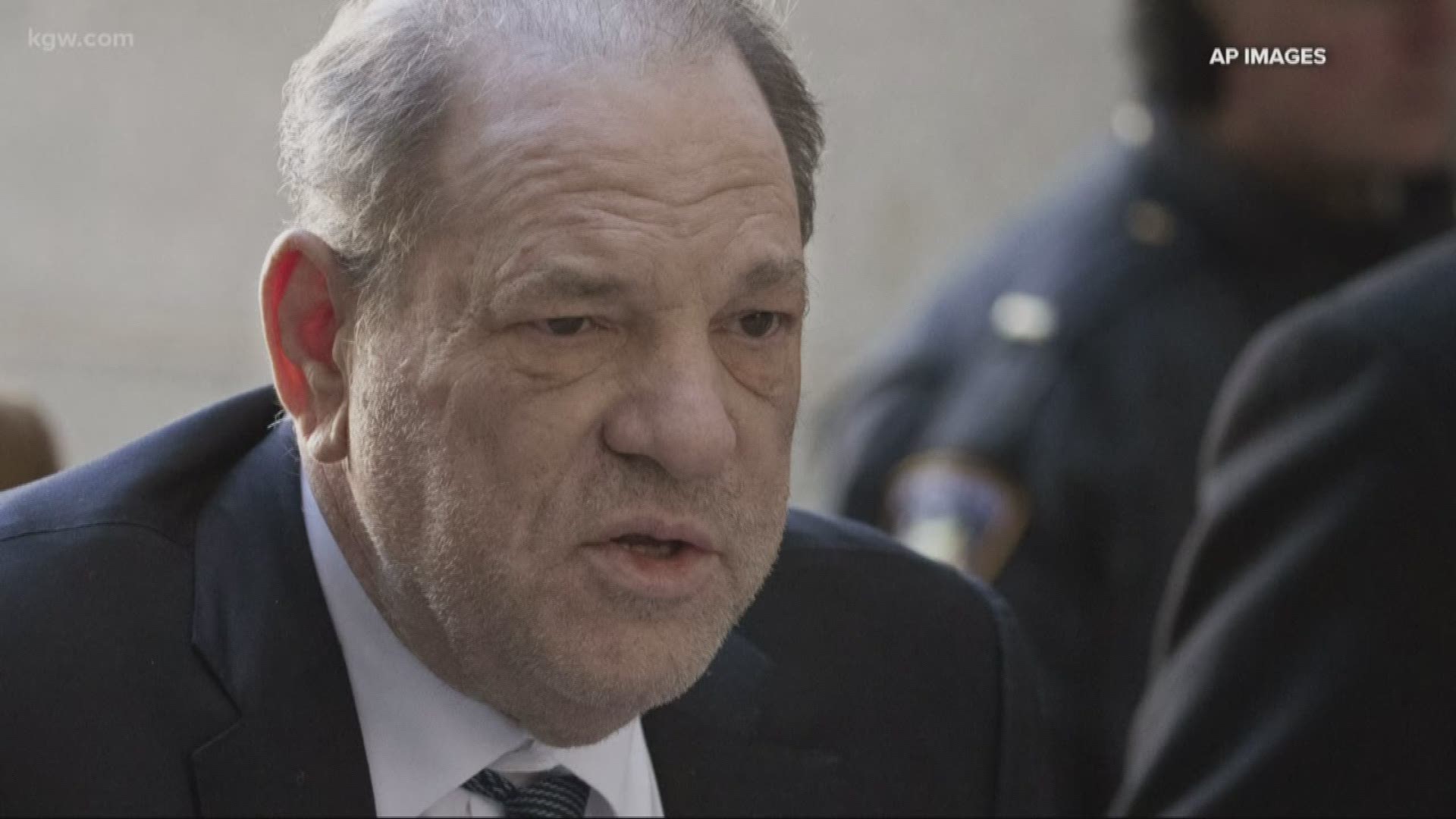 PORTLAND, Ore. — After five days of deliberation, the jury’s verdict in the criminal trial of disgraced movie mogul Harvey Weinstein traveled from coast to coast in an instant.

Alexxis M. Robinson-Woods was sitting in a meeting when she heard the news.

“My boss came in and knocked on the door, and then of course I started getting text messages and emails saying ‘Hey, did you see what happened?’” she said in an interview with KGW Monday.

Robinson-Woods is the program and services director for Bradley Angle, a Portland-based nonprofit that serves survivors of all kinds of violence and abuse, including sexual.

She called Monday’s verdict “a start.”

“I think it's a start to saying that this is not OK. Regardless of how much power you have, how much money you have or the color of your skin for that matter, we’re coming into this [moment] where Bill Cosby [who was convicted of three counts of aggravated indecent assault in 2018] just ended up with the stuff that he dealt with. Now here it is, Harvey Weinstein is now being convicted of similar things,” she said.

But Robinson-Woods, like advocates across the country, said would have rather seen Weinstein convicted of all the charges he faced.

The once powerful producer was found guilty of criminal sex act for assaulting production assistant Mimi Haleyi at his apartment in 2006 and third-degree rape of a woman in 2013.

The jury found him not guilty on the most serious charge, predatory sexual assault, that could result in a life sentence. He was also found not guilty in a charge of first degree rape.

“It feels like a victory for those who were directly connected to the case, but I would argue that it is still a very small piece of what needs to be done,” Robinson-Woods said.

“I’m curious to see what the jury’s feedback will be as to why they didn’t get the other three [convictions],” she said.

Bart is the president and cofounder of the National Women’s Coalition Against Violence and Exploitation.

She’s based out of Vancouver, Wash., and, in her words is, “unfortunately a member of the #MeToo movement.”

“I was raped on Halloween on 1992 by a coworker. I was intoxicated from a Halloween party,” she said adding, at the time, she didn’t think it was worth pursuing charges in her case. “I did what I had to do to survive and that was change my shift so I never had to see him again… And for so many years I had to go through counseling in order to understand that he still didn’t have a right [to assault me].”

Bart, who is also an advocate for the No More movement, hopes seeing the Hollywood heavyweight fall will help survivors come to that same conclusion faster.

“This is what it takes in order for it to come to a head, and we shouldn’t have to fight this hard,” she said. “We didn’t do anything wrong.”

RELATED: Harvey Weinstein convicted of third-degree rape of woman in 2013

RELATED: Harvey Weinstein jury indicates it is split on most serious counts