A motorcycle stolen in 2017 was returned to its rightful owner, Erick Russ, on Sunday after a story with photos of a man getting tickets on his bike. 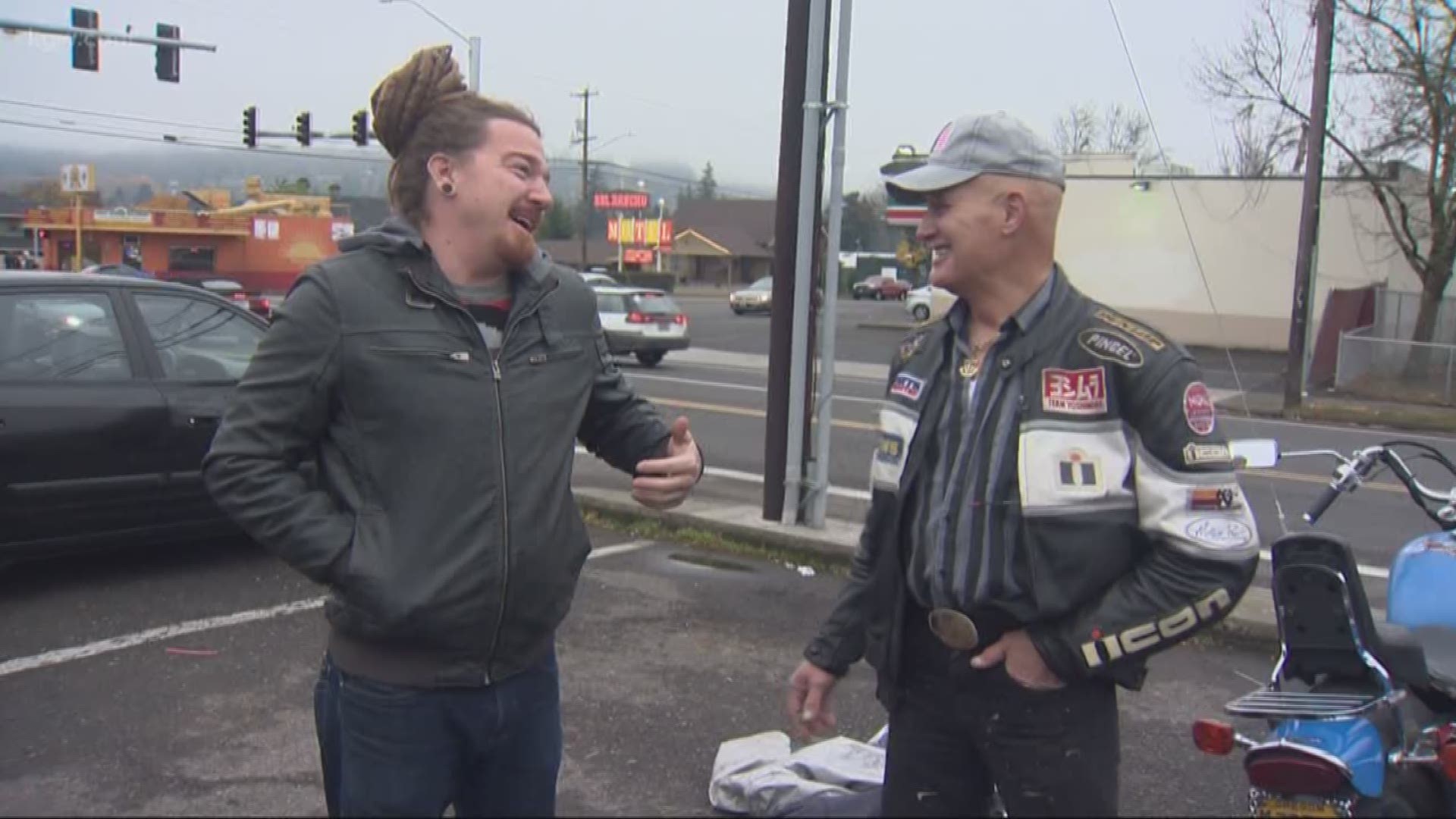 PORTLAND, Ore. — A motorcycle stolen in 2017 was returned to its rightful owner, Erick Russ, on Sunday.

During that time though, Russ received seven speeding tickets for an anonymous rider since the motorcycle was still registered in his name. Russ said he is not on the hook for the tickets though since he reported the motorcycle stolen.

Russ’ motorcycle was stolen outside his home near Northeast 67th Avenue and Sandy Boulevard in 2017. A few months later, speeding tickets started showing up in the mail for his stolen motorcycle. Along with those tickets, came photos of a stranger riding.

“At first I was relieved it wasn't chopped up or whatever, but then I was like this guy is out having fun, he's playing with my pet,” Russ said. “Here he is having good times in the world.”

The guy out there riding Russ’ pet was Matt Young.

Young said he bought the motorcycle from someone else a year and a half ago. He said he did not know it was stolen until he saw his picture pop up on the news. He also did not know he was getting those speeding tickets because they were being mailed to Russ. With late fees, Russ estimates the seven speeding tickets now total about $4,000.

Young watched the initial KGW story about the tickets several times, then called KGW to arrange a meeting with Russ to give him back his motorcycle.

“I'm taking $4,000 in tickets and feel like I'm giving away my horse, but I watched that article twice today again and you go, 'somebody's out there with my pet you know, and it brought a tear to my eye, so here you go,” Young told Russ.

A grateful Russ said he understood the emotions Young went through.

“You get it right,” Russ responded. “You're a motorcycle guy and somebody riding your bike, you’re like what the hell is going on here?”

The two exchanged a few laughs and then the keys.

“I got a couple buddies that were actually pulling for you,” Russ told Young.  “(They said) I hope that guy keeps riding your bike, look at him he's having a good time.”

The bike is not quite the same. It is a different color now and a few other features have been changed.

“This majestic eagle is not quite my own,” Russ remarked pointing to the motorcycle.

Russ may never know the full story of where his motorcycle has been. However, none of that matters now.

“He's got a big smile on his face, that's a good thing,” Young said as he watched Russ take it for a spin.

After a quick ride around the block, the two grabbed a beer.