Surfer bitten by shark in Seaside

Shark attacks on the Oregon coast are rare. Officials say this is the first reported attack statewide this year. 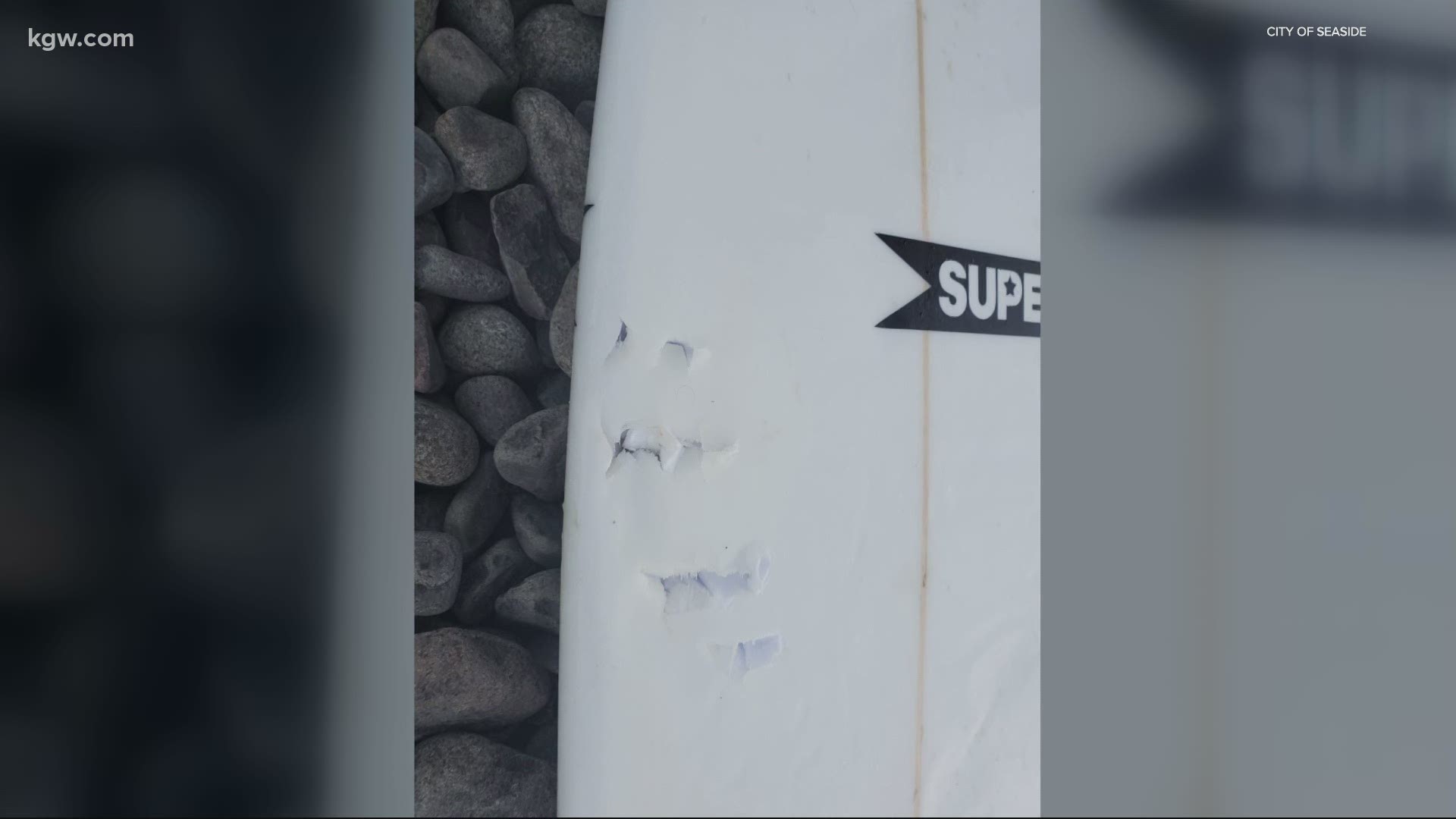 SEASIDE, Ore. — A surfer was bitten by a shark in Seaside Cove, the city of Seaside said. The man was injured in his lower leg.

Seaside Fire & Rescue was sent to the Cove, south of Seaside Beach at 3:26 p.m. When they arrived, they found that surfers had pulled the injured man out of the water and carried him into a parking lot.

An off-duty Seaside Beach lifeguard was able to apply a field tourniquet to the surfer’s injured leg to slow the bleeding, a press release said. The man was transported to a local hospital for further treatment. His injuries are not life-threatening.

Shark attacks on the Oregon coast are rare. Officials say this is the first reported attack statewide this year. However, sightings aren’t uncommon.

Chris Havel with Oregon Parks and Recreation said the most recent sighting was reported in Seaside back in July.

“Sharks are pretty well-tuned to what their prey food is and sometimes they'll make a mistake and, for instance, a surfboard can mimic the outline speed of a seal or a sea lion,” Havel said.

Havel says it's important to respect the water and be aware of other more common dangers. Remember to stay off logs, cliff edges, to know the tides and never turn your back on the ocean.

WATCH: Seaside man dies after falling down cliff on coast