Sun and changes met with positive reviews at 2017 Shamrock Run 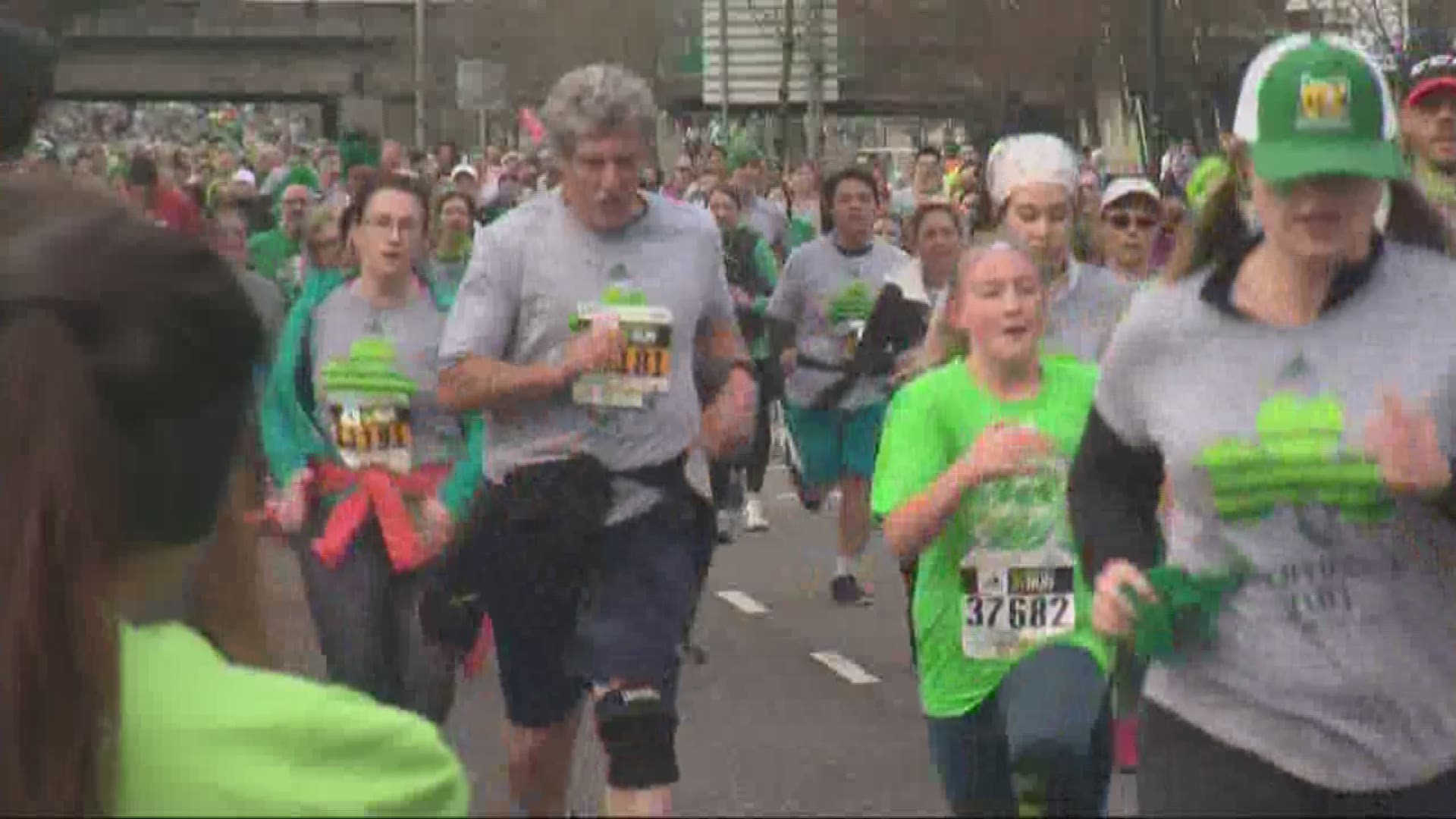 It was the 39th year for the event, a milestone that came with some changes.

Under an unusually sunny sky, runners were greeted by large, canopy-style tents perched along Tom McCall Waterfront Park, a first for the run.

Costumes were ON POINT at today's @ShamrockPDX !! Congrats to everyone who participated! Was a fun morning 🍀🎉👏🏻👏🏻👏🏻 pic.twitter.com/tjyAWjvJAY

Once they hit the course, they were met with more changes, namely new routes.

KGW reported earlier this week that Shamrock Run organizers had to alter the courses to avoid heavily congested streets like Southwest Broadway and the Pearl District.

Race director Steve Hamilton said he hoped runners would appreciate the changes, since many of the new routes were flatter and faster.

“You know the comments have been very positive, from a number of people who have bothered to come up and tell us 'Hey we kind of like that new route! That wasn't so bad! We didn't know what to expect!' " he said. “And again, thanks to the city for making it work.”

Runners backed up his story, adding the 15k didn’t go as far up Terwilliger, which made for an easier stretch.

Colby Iverson added, he was glad to know race organizers pulled it together.

“It really gives you a feel for what the city of Portland is about, how people can come together and have a good time,” he said.