Summer reservoir levels could be hazardously low for Willamette Valley

As of mid-May, year-to-date precipitation across the Willamette Valley was 76% of normal. 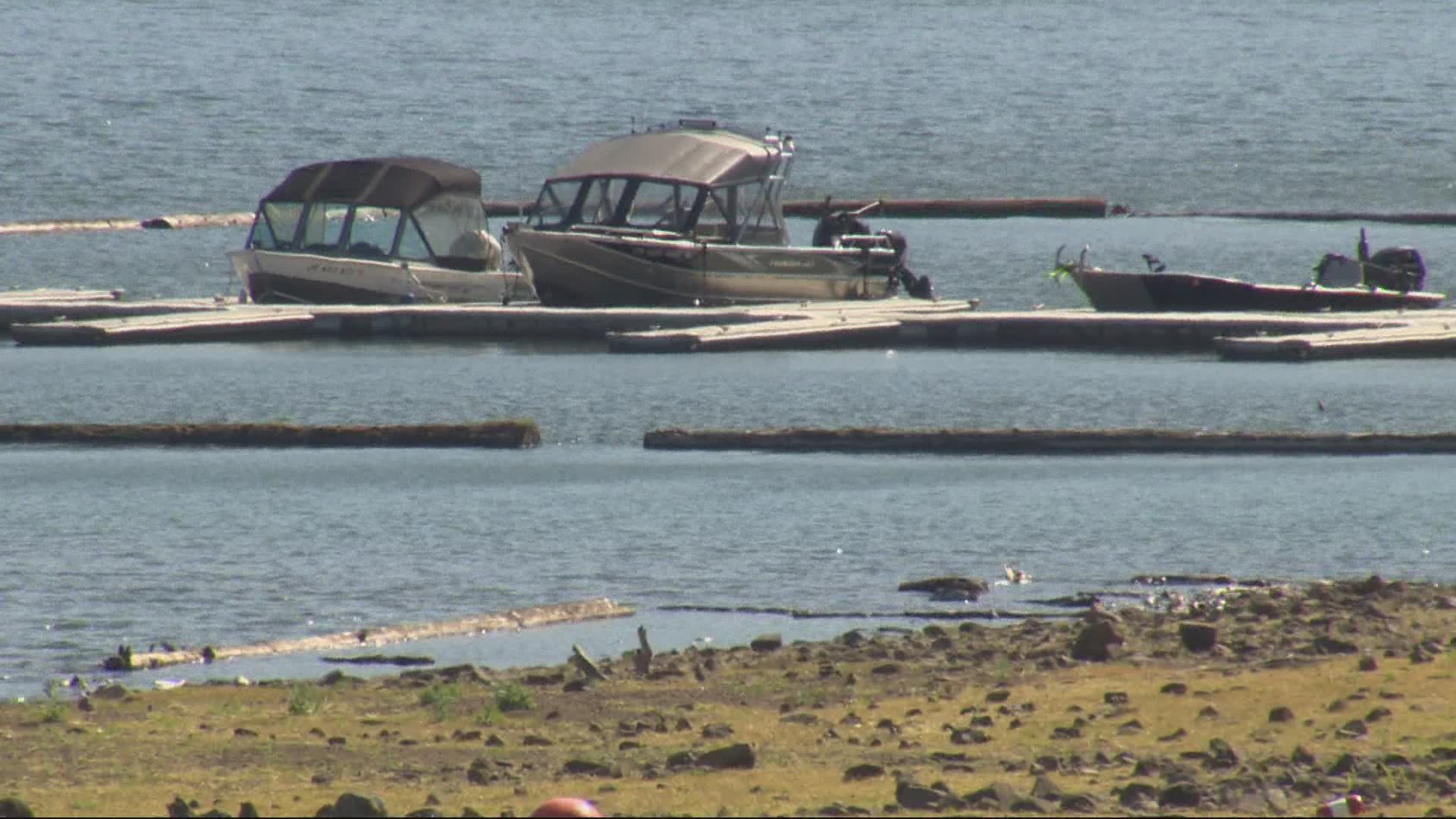 PORTLAND, Ore. — Recent warm and dry weather might be nice for some, but for those hoping to play in area reservoirs this summer it could prove to be a big problem,

There might not be enough water to fill them up.

The Willamette Valley is home to 13 reservoirs operated by the U.S. Army Corps of Engineers. They are reservoirs like Detroit Lake that, in the hot months of summer, attract folks from all over to boat, swim or just relax on the shores.

But this summer, that tradition might by drying up.

"There will be opportunity for recreation at all of the reservoirs in the Willamette Valley this summer, but it will be very different from what folks have experienced in the past," said Dustin Bengtson with the U.S. Army Corps of Engineers.

Those reservoirs depend on spring and early summer rainfall to fill back up after the winter, and rainfall so far this spring has been grim.

Right now Detroit Lake is 33% below what it should be.

As of mid-May, year-to-date precipitation across the Willamette Valley was 76% of normal.

Snowpack was 51% of average, and it's that snowmelt that helps keep reservoir levels up in the summer.

"So there isn't a way for us to improve the situation other than to see a significant change in the forecast in these next several weeks," said Bengtson.

The reservoirs will still need to release water for fish and wildlife, hydropower production and to farmers for irrigation. What's left will be for recreation, which means people will likely have to deal with more hazards.

"You're going to see hazards exposed in these lower water levels that many folks have not seen before and so recreating on whatever pool of water is available is going to require some additional thought and caution this summer," Bengtson warned.

For example, certain boat ramps might not be accessible and stumps that were once deep underwater will be much shallower.

RELATED: Klamath Basin water crisis: A microcosm for climate change in the West

Of course, it all could change if the Willamette Valley gets a lot of rainfall, but the way things are looking now, it looks like a much different summer is in store.

"I know there's a strong want for folks to get outside and recreate," said Bengtson. "Just be very, very safe and cautious when you're out on the water this summer."