First responders say more work needs to be done at the state and national level to expand coverage for mental health. 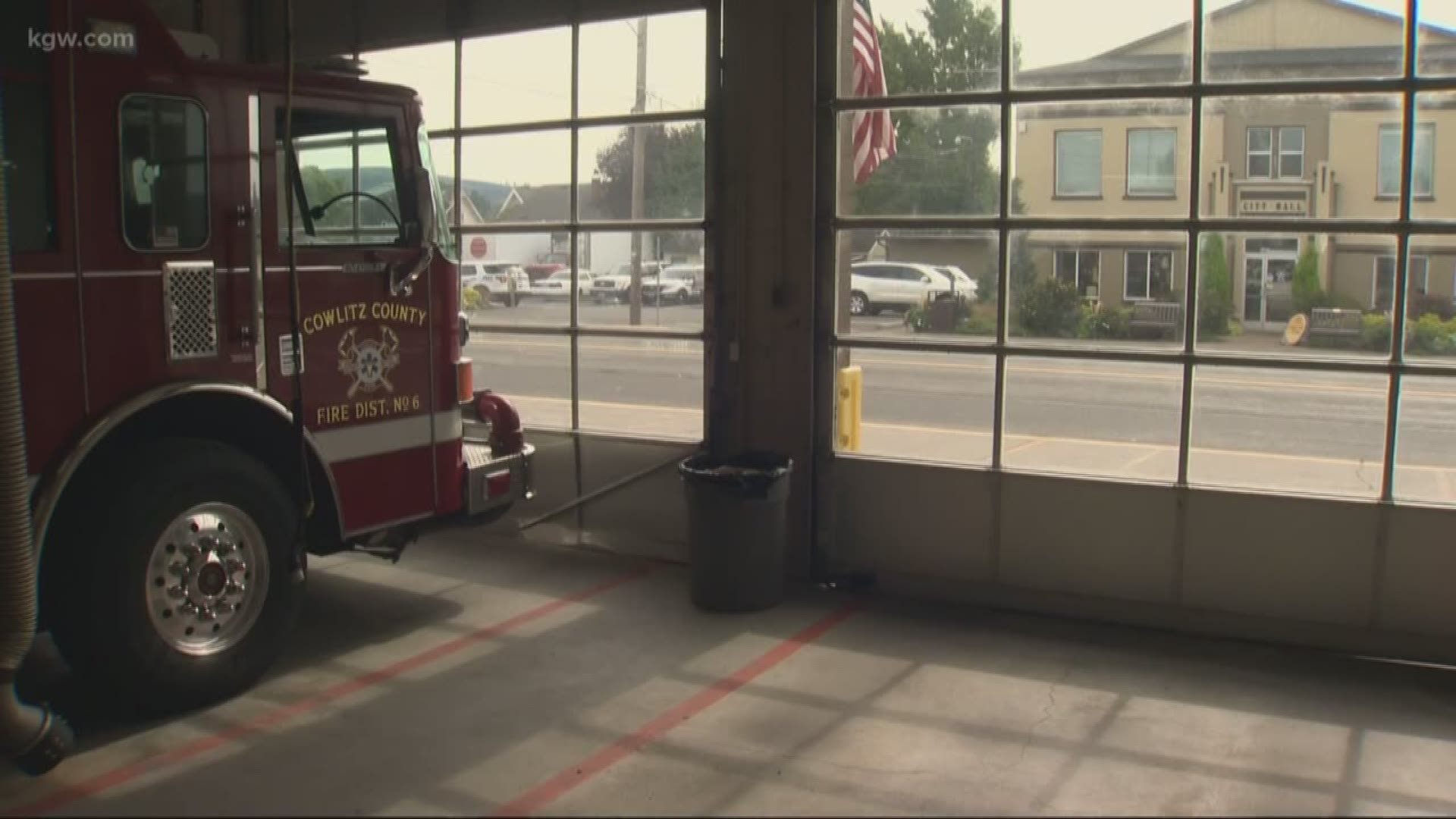 CASTLE ROCK, Wash. — Cowlitz County fire battalion chief Mike Zainfeld died by suicide a couple weeks ago. Losing him has hit the community hard and his fellow first responders are grieving the loss of a dedicated public servant, mentor, and friend.

Though he wasn't on duty at the time, fire officials are calling it a line of duty death.

Loved ones hope some good comes out of it and that his story brings awareness to the mental health challenges first responders deal with.

“Some of the first things - the first words - Kelly said to me were: don't let this happen again,” Cowlitz 2 Fire & Rescue Chief David LaFave said during Zainfeld’s memorial on Tuesday, Oct. 1. “This is an issue we need to discuss and we need to do it transparently. And we need to do it with as much effort as we do the ceremonies so that we don't do them again. That's our goal.”

If any silver lining can shine through in this dark time, it's this: more awareness around mental health challenges first responders face.

"Mike was a friend that would give you the shirt off his back,” his friend Jarl Peterson told KGW, “He was a fun, laughing, jovial person. Mike was also a community servant at its truest form.”

Family and friends like Peterson want his death by suicide to help break the stigma in their culture – a stigma firefighters say can stop first responders from seeking help.

"There's still the old stigma of ‘we're going to be tough guys and we can get through this’. And that's not the case when you have to see the things we see on a daily basis. And the volume you see it in, it takes a toll,” Cowlitz County Fire District 6 Assistant Chief Andy Ogden said.

Mental health issues and trauma are rampant among America's firefighters, emergency service personnel, and law enforcement officers. They see death and destruction almost constantly, far more than any other person.

Recent research shows law enforcement and firefighters are more likely to die by suicide than in the line of duty.

"We see traumatic incidences call after call. They vary, you can’t tell which call is going to get under your skin or tip over your bucket,” Cowlitz County firefighter and mental health advocate Stacie Poff said, “We like to load everything into one bucket and just kind of keep it there and maybe eventually we’ll deal with it, maybe not. And if you don’t deal with it, it starts coming out negatively.”

After tackling their own challenges, Poff and Ogden are trying to get other firefighters to open up and talk about their struggles – especially with their peers who understand. They are trying to spread the message to first responders that it’s OK to not be OK, and they don’t have to fight any mental health battle alone.

Poff even made shirts and sweatshirts as part of an awareness campaign last year. The department holds mental health nights a couple times a year and there is a peer support group that's formed.

Poff shares her personal story every chance she can so others feel comfortable sharing theirs.

“I'm trying to give back and help my peers, to help navigate and get the help they need,” she added.

After Zainfeld's passing, this work is even more pressing.

“We have to move forward and get into a place where we’re comfortable having those conversations and getting people the help they need and support they need,” Ogden added.

There is help out there, though navigating the system can be grueling.

Peterson says Zainfeld had difficulty finding some of the mental heatlh resources he needed. He feels there need to be more services and resources, specifically for first responders and specifically in more rural areas in Washington.

Others echo that: Ogden knows first-hand the system to file a PTSD claim with the state is difficult to navigate and discourages people from fighting for themselves and their mental health.

The state of Washington passed legislation that recognizes PTSD/PTSI as a work-related disease, allowing full-time first responders to file a workers’ compensation claim for post traumatic stress caused by the job. But first responders we spoke with feel more work needs to be done at the state and national level to expand coverage.

In the meantime, those who knew and loved Zainfeld hope the hole left behind by his loss sparks more conversations in the industry and re-defines how mental health and first response is looked at.

"My fear is three months, six months, three years from now we forget about this and how much it affected and impacted our lives to lose such a great person. And then it will happen again,” Peterson told KGW. “I think what we need to do moving forward is identify better resources, better management for issues, work environments that advocate for people coming forward and speaking about issues and asking for help.”