The report also found eight of the 12 law enforcement agencies included have racial and ethnic disparities in their numbers. 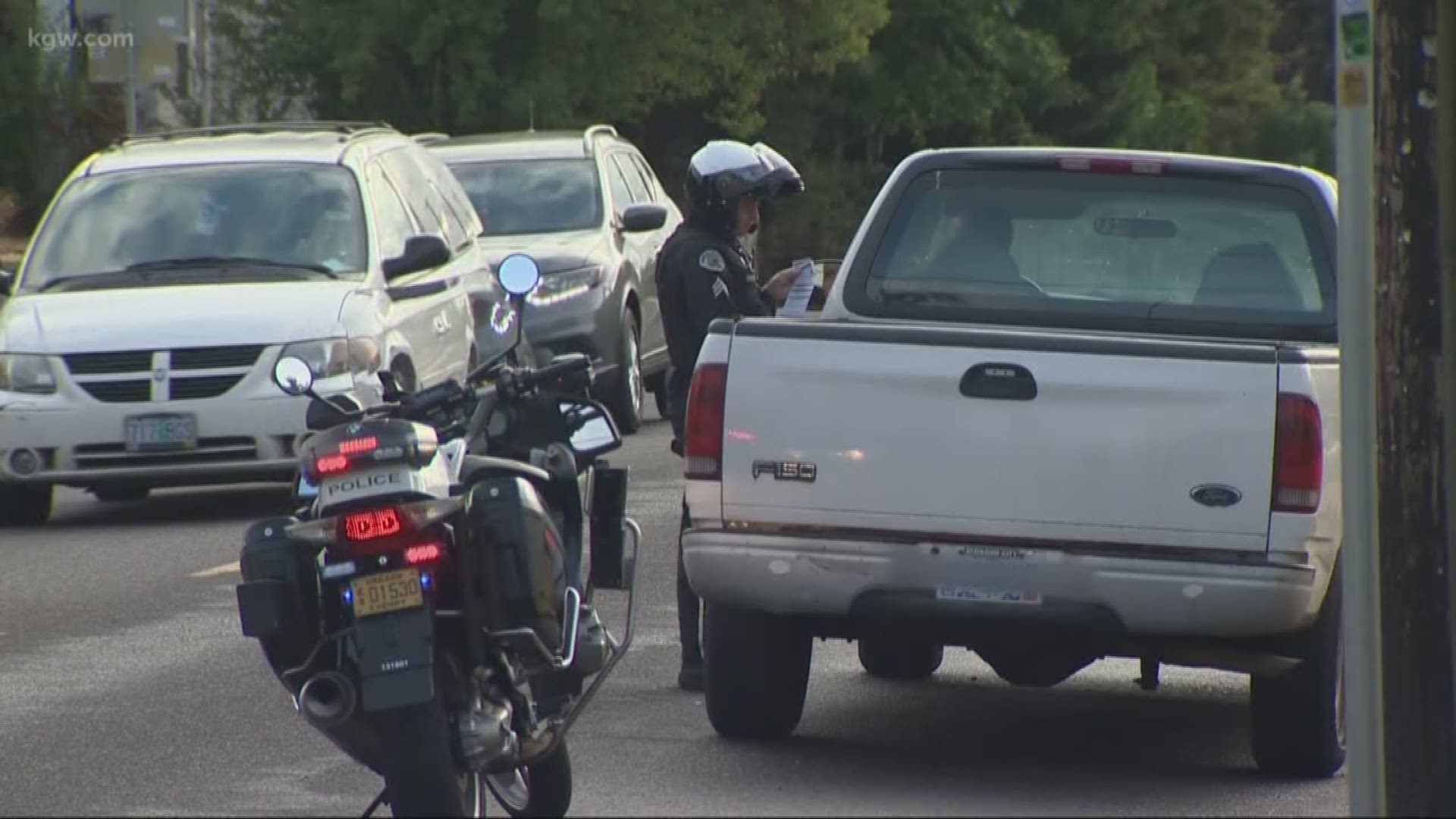 PORTLAND, Ore — A report released by the Oregon Criminal Justice Commission found the Portland Police Bureau is more likely to arrest and search African Americans than white individuals. The report also found eight of the 12 law enforcement agencies included have racial and ethnic disparities in their numbers.

The agencies have to provide data on stops because of 2017 legislation. By 2021, every law enforcement agency in the state will have to do the same.

Overall, the report found the majority of stops in Oregon were of white drivers and pedestrians, which makes sense based on the demographic makeup of Oregon as a whole. In Portland for example, the police bureau made 31,063 stops in that 12-month period. Of those, 20,194 of the people stopped were white, 5,410 were black, and 3,044 were Hispanic.

However, of the stops, Portland police officers were more than twice as likely to search black individuals than white individuals. To make that comparison, the study took into account things like the time of day someone was stopped and why, and compared those when the only difference was someone's race. The report also found Portland police are more likely to arrest someone who is black.

As a result of the findings, the commission recommended the Portland Police Bureau be looked at further and receive technical assistance from the Oregon Department of Public Safety Standards and Training.

Portland Police Chief Danielle Outlaw released a statement saying, “It is important for us to continue to dig deeper into the context of the data and identify opportunities to improve the service we provide. Reports such as these help us to realize that over-representation of certain races continues to exist in the criminal justice system and in our stops. The real question is why. We will continue to thoroughly examine the context of the data and work with partners and community to incorporate system change, policy change, and training as appropriate. We recognize that data demonstrating over representation by race in stops, arrests, and other areas in the criminal justice system creates distrust and fear within the community. It is time we move beyond reporting out on the data and into implementation of intentional strategies in an effort to create meaningful change, when appropriate."

However, while other agencies had disparities, the commission found only the Portland Police Bureau rose to the threshold for further analysis.

The STOP Program said it has met with nearly all agencies with disparities and that everyone is willing to do more to learn why the disparities exist and make changes.

MORE: 'Nice try you creep': Skeptical Portland woman gets selfie from officer to prove his identity