Fifth graders at Columbia City Elementary are putting the finishing touches on a mini-boat that they hope will sail all the way to Japan. 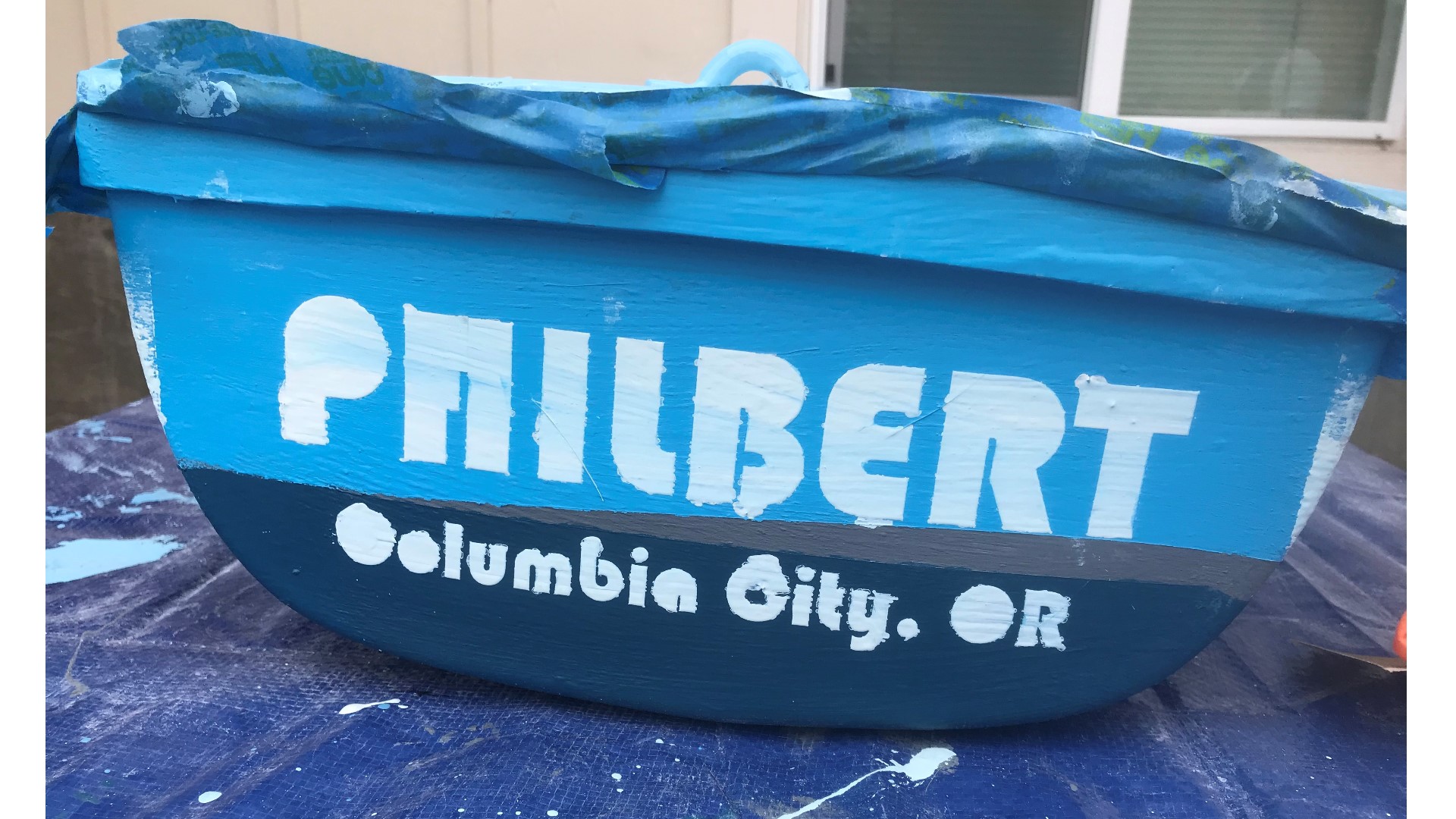 COLUMBIA CITY, Ore. — The wave of excitement isn't the only thing building in Ms. Lewis' fifth grade class at Columbia City Elementary. Once a week, Nate Sandel commandeers the room of about 30 students that is preparing for a once-in-a-lifetime voyage.

Sandel is the education director at the Columbia River Maritime Museum, but here, he gets to be a kid.

"I have the best job in the world," he said.

Since 2017, Sandel has brought the museum's mini-boat program into local schools that give kids a chance to reach across oceans and across cultures. The 21 mini-boats they've launched have traveled a collective 62,000 miles (54,000 nautical miles).

The mini-boats are 5 feet long and 5 feet tall, but the way they pull people together is immeasurable.

So, that's exactly what Sandel is doing by creating a trans-Pacific classroom. This class hopes that their boat, which the students named Philbert, will sail to Japan. And students at a school in Japan will launch a mini-boat of their own, with the goal of making it to Oregon.

"The students self-select into different teams or departments such as the deck department, the hull department ... we have the sail department, just a spot for every different type of learner in the classroom," Sandel said.

1 / 9
Jon Goodwin
Fifth graders at Columbia City Elementary are putting the finishing touches on a mini-boat that they hope will sail all the way to Japan.

The one thing that is certain about the program: uncertainty.

"We make no guarantees," Sandel said. "And failure? Failure is a good thing. We try again. It crashes. We make adjustments and we relaunch it back into the ocean."

Sometimes the boats get pretty brave. Last year, students from Richmond Elementary in Portland launched a boat that was found in Kiribati, after sailing over 14,000 miles.

"We like to say mini-boats are small, but they are mighty," said Sandel. "And they really are. It’s bringing people from cultures all over the world together.”