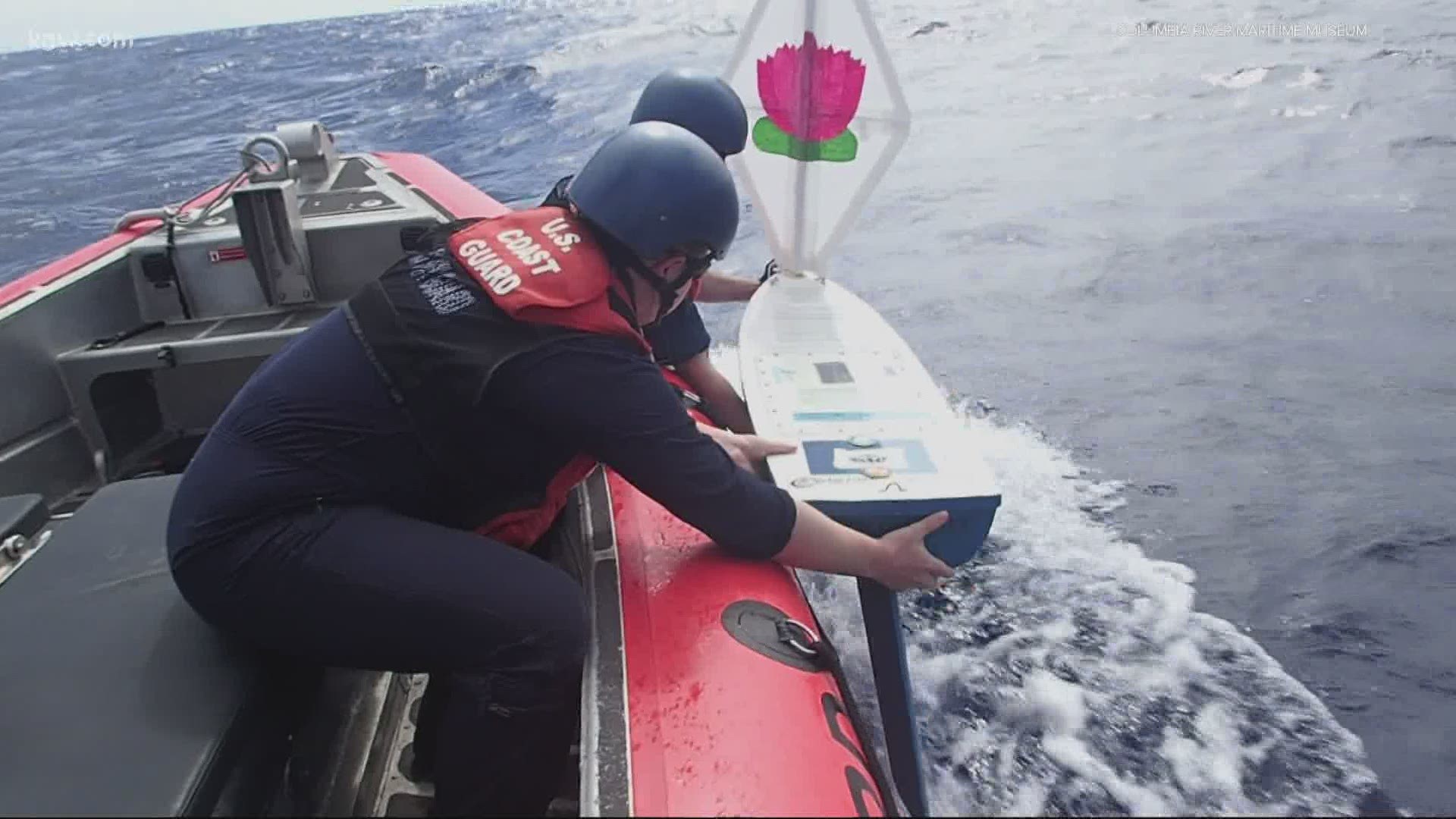 “It’s a global multidisciplinary education program for fifth through seventh-grade students, and the United States and Japan,” said Nate Sandel, the museum’s director of education.

Students design, build and launch the boats with the goal of sending them across the Pacific Ocean to a partner school in Japan. So far a total of 27 mini boats have been launched through the program.

“There's been so much that's been happening with this boat and with the other boats in the program that it's allowed students to stay engaged, and they want to be engaged something they're interested in,” said Wy’east Middle School teacher Joe Boken. Boken’s class built their boat “Liberty” last year. They launched it in January 2020, a couple of weeks later it sailed back to Oregon. After some adjustments, it was sent off again in July.

“They launched it about 300 miles off the Oregon coast,” said Sandel. “It took 101 days to sail to the Marshall Islands.”

The Marshall Islands are a group of islands in Oceania between Hawaii and the Philippines.

The kids can track their boat’s location online thanks to the onboard GPS. Sean Guertin is in 8th grade. He was one of Mr. Boken’s students last year. Sean helped install the solar panel and navigation system.

“It'd be pretty cool to get this. Maybe a little bit bigger for a lot more schools because it's a good project for everyone to get involved with,” said Sean.

“They built that cargo hatch,” Sandel added. “They have to make sure that no water gets in there to the electronics, otherwise it shorts out and you don't know where the mini boat is.”

To make this year’s voyages possible, Sandel is thinking outside the hull to keep kids engaged.

“Our theme is perseverance and we persevere through ocean storms, and COVID, and that is why we've taken the program mobile this year,” he said. “I'm physically driving a trailer with all of our supplies and parts to students where they are. So we continue building our new fleet for 2021…I think a lot of times we don't give students enough credit for the amazing things they can accomplish with just a little bit of direction and some positive leadership.”