"If people don't tell them we can't get the help we really could get if they just answer a couple questions," Street Roots census outreach team member "Pops" said. 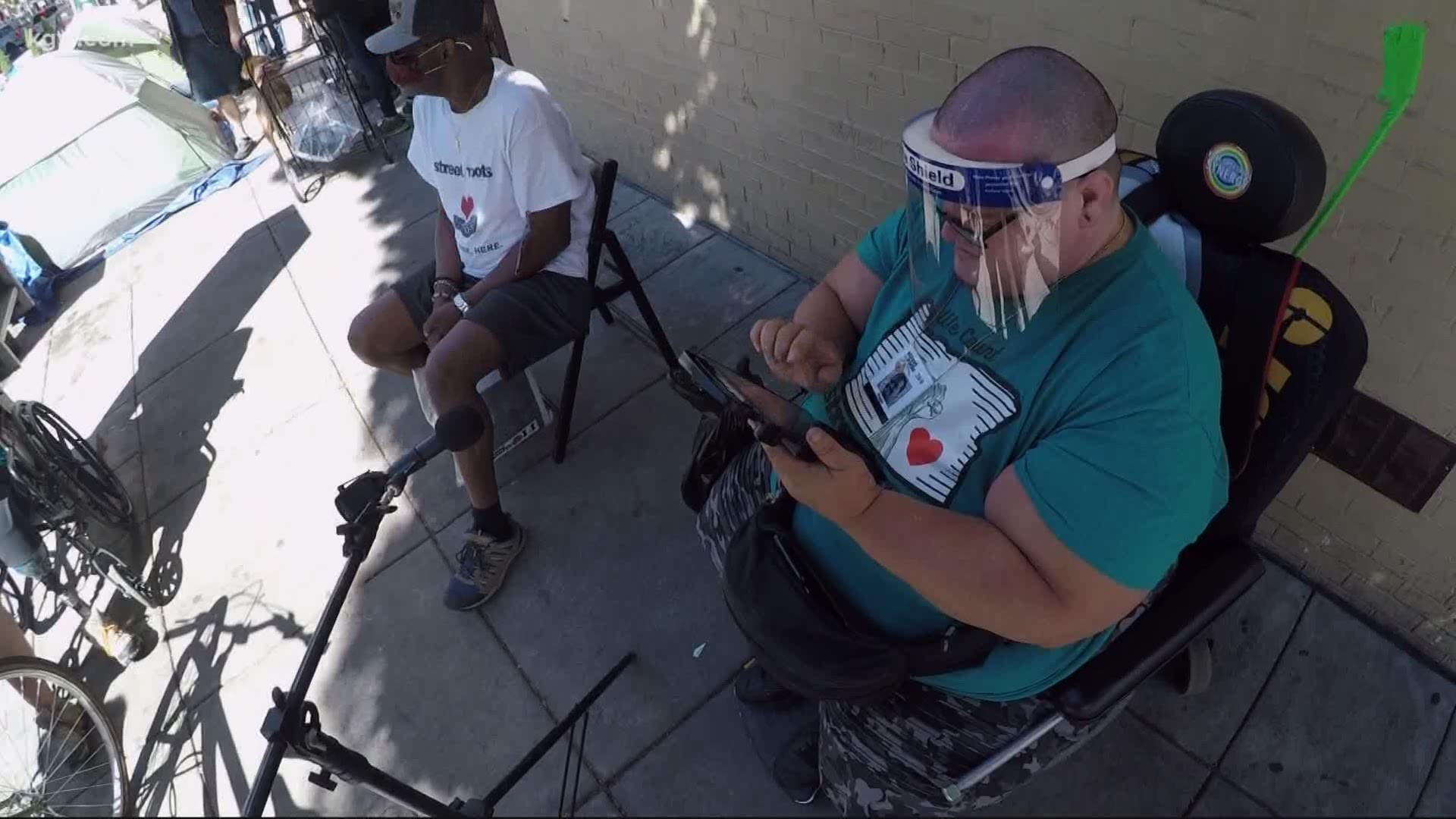 Street Roots, an organization known for its newspaper sold by homeless - or formerly homeless - folks in the Portland metro area, is part of the effort to get an accurate count. They try to reach people who are homeless with no address.

In partnership with the We Count Oregon campaign, Street Roots became a Census Assistance Center this spring, helping the area's homeless understand and fill out the questionnaire.

"[The census] helps with so much," Street Roots vendor and 2020 Census outreach team member James "Pops" Duby said. "And if people don't tell them we just can't get the help we really could get if they just answer a couple questions,."

A Street Roots vendor off and on for the past nine years, "Pops" is off the streets now.

"It's been a lifesaver," he said. "This is the only way I have of making a living and helping to pay my rent and my utilities and taking care of my family."

Duby says a fellow Street Roots vendor told him about the 2020 Census work and it peaked his interest.

"It started out just something more to do keep myself busy," he said. "But I really enjoy meeting new people and helping people out in any way I can."

"It's very important if people want programs, if they want food stamps and they want housing programs and educational programs," Duby said. "Then they need to do the census so that they will have the money for those programs."

"What best not to involve the vendor folks who are the undercounted community to be a part of this team," Mallory Smith, vendor assistant and volunteer coordinator at Street Roots, added. "A lot of folks don't have internet access or phone access and it's just helpful for us to be able to talk about it and explain what the census is."

RELATED: Census takers going door-to-door in Oregon to follow up with people who haven't responded

The census asks if someone was homeless on April 1, and asks them to describe their environment. If the person was living outside, they can choose the option that says 'I have no address.'

Duby says there is fear in the homeless community of providing information to the U.S. Census Bureau. However, people's information is completely confidential and the bureau cannot share anyone's personal information with other agencies.

"People are afraid to do the census because they're afraid they're letting the government know everything about them and that's just not the case," Duby said.

The pandemic created extra challenges and Smith says the team has had to get creative.

"We did start off a little late. So in April it was all game-planning and trying to figure out what's the safest way to get folks signed up," Smith said.

For safety reasons, when people come to Street Roots to fill out the census with Duby and the team, Duby is typically the one who asks questions off the electronic questionnaire in order to keep from sharing contact and germs.

He and the team have one more month to continue their census outreach.

"We all have a voice. Their voices count," Smith added.

Beginning Friday, to try to reach even more people, the Street Roots census outreach team will start going around to different homeless camps in town.