The film, "Leave No Trace," is set to premiere at the Sundance Film Festival in Park City Utah this weekend. 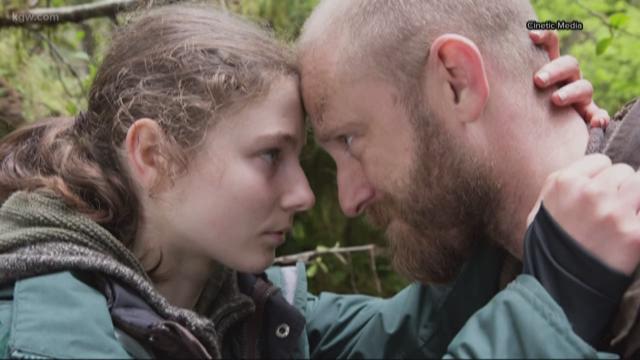 PORTLAND, Ore. -- The true story of a Portland father and daughter who lived in Forest Park is serving as inspiration for an upcoming movie.

The film, “Leave No Trace,” is set to premiere at the Sundance Film Festival in Park City, Utah, this weekend. The film’s synopsis listed on the Sundance website reads: “For years Will and his teenage daughter, Tom, have lived off the grid, blissfully undetected by authorities in a vast nature reserve on the edge of Portland, Oregon. When a chance encounter blows their cover, they’re removed from their camp and put into the charge of social services.”

That storyline may sound familiar to some Portlanders. In 2004, police discovered a man named Frank and his 12-year-old daughter Ruth living in a remote area of Forest Park. The pair had been living in a campsite dug into a hillside for four years. “It was surprising. It was in the middle of nowhere,” said Portland Police Sgt. Michael Barkley at the time.

Frank and Ruth were very polite, clean, and healthy, police said. “It’s a unique situation. And it, in my opinion, required a unique approach,” said Barkley in 2004.

The officer would eventually set up Frank and Ruth with a friend who lived on a horse farm in Yamhill county. Despite electricity and running water, the pair would eventually run away. Their whereabouts today remain a mystery.

Portland author Peter Rock was inspired by the story and in 2009 wrote a novel titled “My Abandonment.” The Oregonian reported that Rock’s book inspired “Leave No Trace.”

The film is already generating some buzz ahead of its Sundance debut. The father, named “Will” in the movie, is portrayed by Hollywood actor Ben Foster. The daughter, “Tom,” is played by Thomasin McKenzie, an actress from New Zealand. Debra Granik, who not only directed the film but is also billed as a screenwriter, is noted for directing Jennifer Lawrence in 2010’s “Winter’s Bone.” The film was Lawrence’s breakout role.

“Leave No Trace” was not only shot in Portland, but also featured some local actors.

“The story was a Portland story,” said Sgt. Pete Simpson with the Portland Police Bureau. Simpson portrays a PPB officer in the film and can be seen in a preview clip posted on the New York Times’ website. “It sounds funny when you are [a police officer]. But it is a different process,” said Simpson in regards to his role. He said the filmmakers reached out to PPB searching for officers to audition.

“They were really focused on making sure it looked right and it was authentic. And the sounds and the feel,” Simpson said of the movie’s director and actors. “Lots of local people working on this production, which is a lot of fun to work around.”

Some publications have already listed “Leave No Trace” as a “must see” at the festival. Simpson admitted that he’s already watched his scene online a handful of times. While Simpson and presumably hundreds of other Portlanders look forward to seeing the film, it’s unknown how Frank and Ruth feel about the movie.

“I would be thrilled like a lot of people to know where they are today and what’s happened. It’s been a long time. And what it means to them to have their story told,” Simpson said.