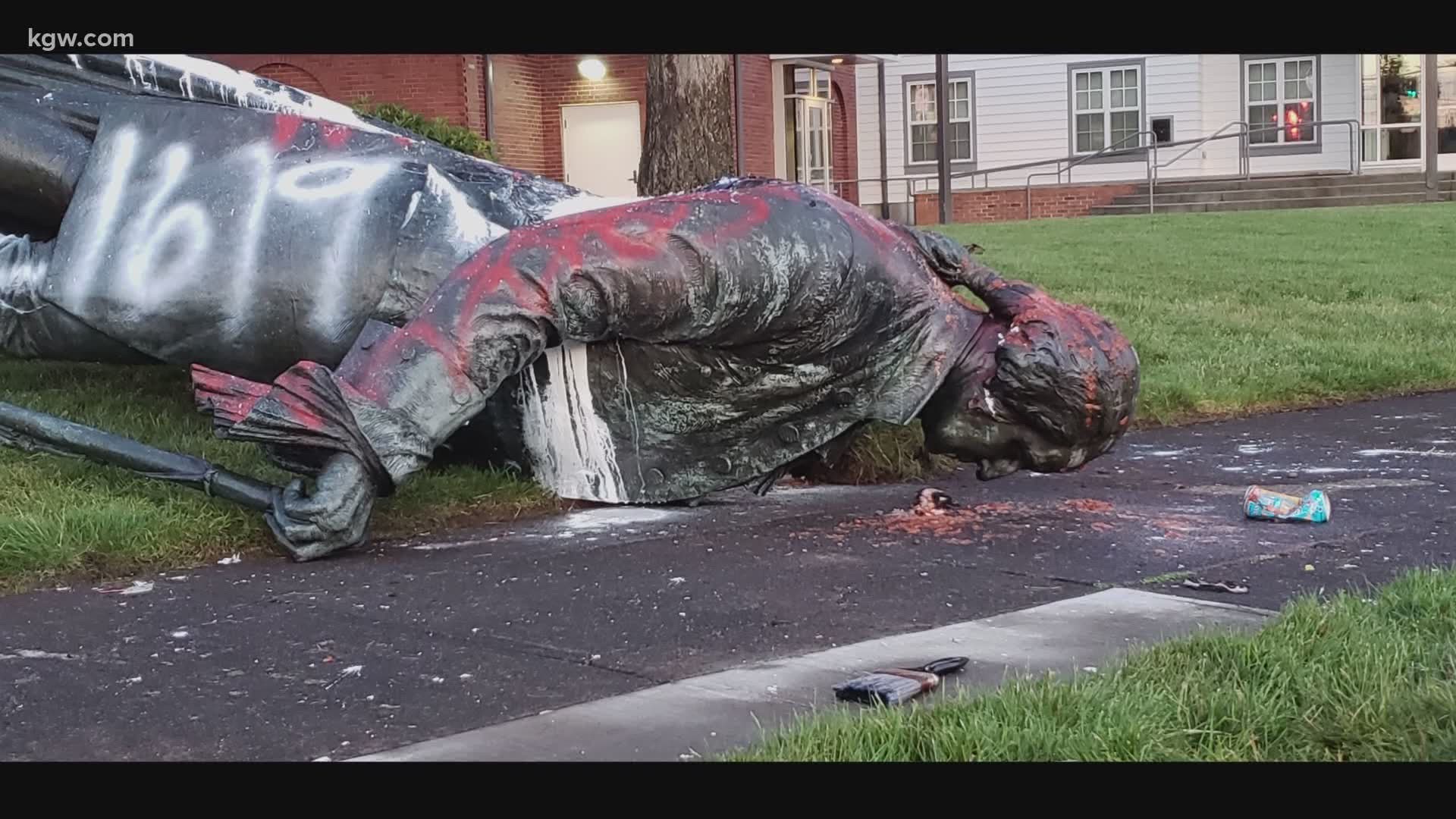 PORTLAND, Ore. — The statue of George Washington that sits at Northeast 57th and Sandy Boulevard was toppled and spray painted on Thursday night.

Phrases like "White fragility" and "Big Floyd" were written on it with spray paint. Adam Johnson lives in the neighborhood and says the statue was always part of the community, but maybe it should not be anymore.

"Maybe it's time for George Washington to go to a museum or go somewhere else," Johnson said.

Johnson says he saw what happened late last night when the statue came down.

"It was not an angry mob, it was just people trying to take down something they did not like," Johnson said.

Police said a small group of protesters toppled the statue around 11 p.m. Thursday. Video posted to social media shows the group lighting the statue on fire.

This is the second statue to come down in Portland.

Earlier in the week, a Thomas Jefferson statue was toppled at Jefferson High School. Professor of Black Studies at Portland State University and Sociologist Dr. Shirley Jackson says some people might see these figures as heroes and some see them differently.

"People are taking aim at statues that symbolize for many, these great individuals and their accomplishments, but for others, are symbols of oppression and colonization," Jackson said.

Not everyone who lives in the area agrees that the statues should come down in this manner. One man says the message is getting lost in the destruction.

"Honestly, that's a little disrespectful to George Washington's legacy," He said. "You're talking about the first president of the United States."

RELATED: Honoring the 'Mother of Juneteenth' in Portland, Clara Peoples