This summer, the Department of State Lands plans to start seizing the worst offenders dumping sewage in the water. 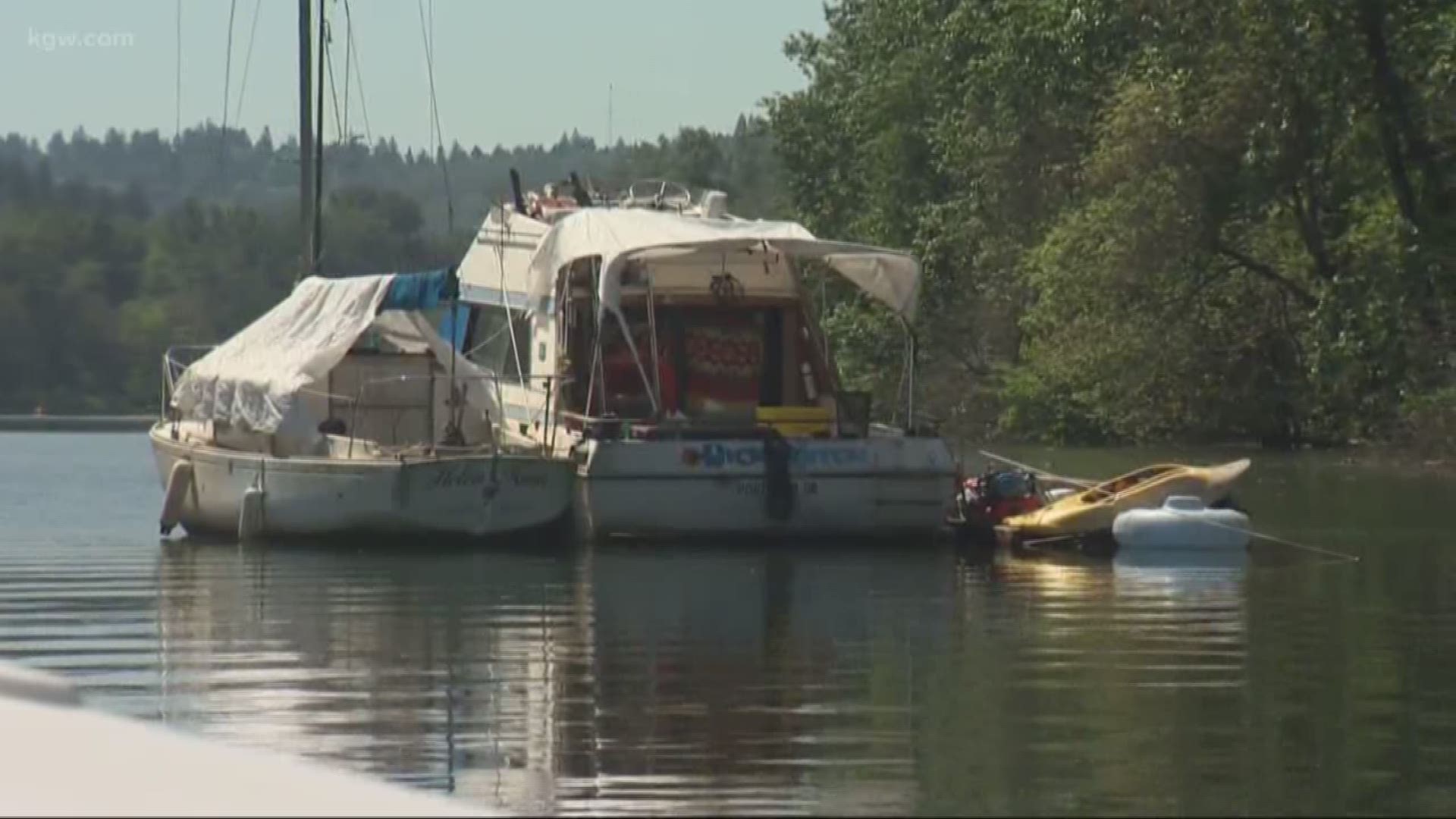 PORTLAND, Ore. -- No more warnings on the Willamette.

The state of Oregon is going to be cracking down on those "pirate" boats you see on the Willamette River.

Right now, there are 54 boats that are considered trespassing on the Willamette River. There were 85 on a state watch list in 2016.

This summer, the Department of State Lands, which has jurisdiction over our waterways, plans to start seizing the worst offenders dumping sewage in the water, and tow them away.

KGW got a tour around Ross Island to get a close-up look at some of these transient boats. They often drift in the lagoon between Ross Island and Southeast McLoughlin Boulevard. It's a no-wake zone with calm waters and boaters don't get harassed because they're out of sight.

By now, many of the boaters know the loophole to getting out of trouble. The closer they hug to the island itself, they're actually on private property owned by Ross Island Sand and Gravel, and technically can't be harassed by officials. The cost of removing or warning them would have to fall to the business, and so far, they haven't done anything.

Gary Cooper with the Dept. of State Lands estimates about half of those 54 boats are on water owned by Ross Island Sand and Gravel.

Many of the boats are bought from salvage dealers for a few hundred bucks by homeless folks.They don't have working motors to get to shore and pump out sewage or drop off garbage, no lights or anchors to be seen, and some, like one seen two weeks ago along the Eastbank Esplanade are so dangerous, they catch on fire.

"They never bother me," says boater Massimo Orsini who pays to keep his boat moored at RiverPlace Marina. He feels empathy for them, saying it's Portland's homeless crisis spilling out onto the water.

"I do understand their technical or logistical problems but they're just people that chose that lifestyle and they're less fortunate."

A typed out sign is posted at RiverPlace. It reads: "There is no dumping of sewage in the marina whether treated or not. Vessels suspected of dumping will be asked to leave."

Marlon Bump, the harbor master, says sewage floats into the marina. "I do see feces. I see waste, bags of waste that are clearly from someone living on the river."

RiverPlace is a private, pay-by-month facility. Bump points out just a few feet away is a city-owned dock with two transient boats tied up. They've been there for days, with complaint calls into the city. They are trespassing but there are few rangers to enforce it.

Bump serves on the governor's task force to find solutions to this problem. He knows and likes some of the transient boaters, others, he says, are bad polluters, but little is being done so far.

"Fault is a tough thing to pin on, because it's a new problem and we're looking at new regulations and laws to address the issue," said Bump.

The Department of State Lands handed out warnings to "move along" last summer, and one boat was seized and towed away, but the warnings did nothing to stop the problem. Cooper tells KGW they're compiling a list of the most hazardous boats right now, and have more tax dollars to go in and pull them out this summer at $4,000 per boat. If one of them sinks in the process, it can cost close to $20,000 of taxpayer dollars to get it out.

Where it was once impossible to enforce the time limit boats can be anchored to one spot, Cooper says anyone living aboard one of these boats, is automatically trespassing.

Bump is glad to see some action. "For the short term, I'd like to see at least someone working with the feces problem on each of these boats, that doesn't end it, but if we can at least address that and make sure we're keeping the river clean until enforceable laws are put forth."

Cooper says there is no quota of how many boats they'll seize, or an exact date of when they'll start. The state has partnered with a housing nonprofit called JOIN to help the boat owners find a place to live once their home on the water is taken away.

Mayor Ted Wheeler has proposed spending $98,000 in the upcoming city budget for more enforcement of city-owned docks to watch for hazardous or abandoned boats.