The county cited ORS 192.345(36), which states that medical examiner’s reports are “exempt from disclosure unless the public interest requires disclosure." 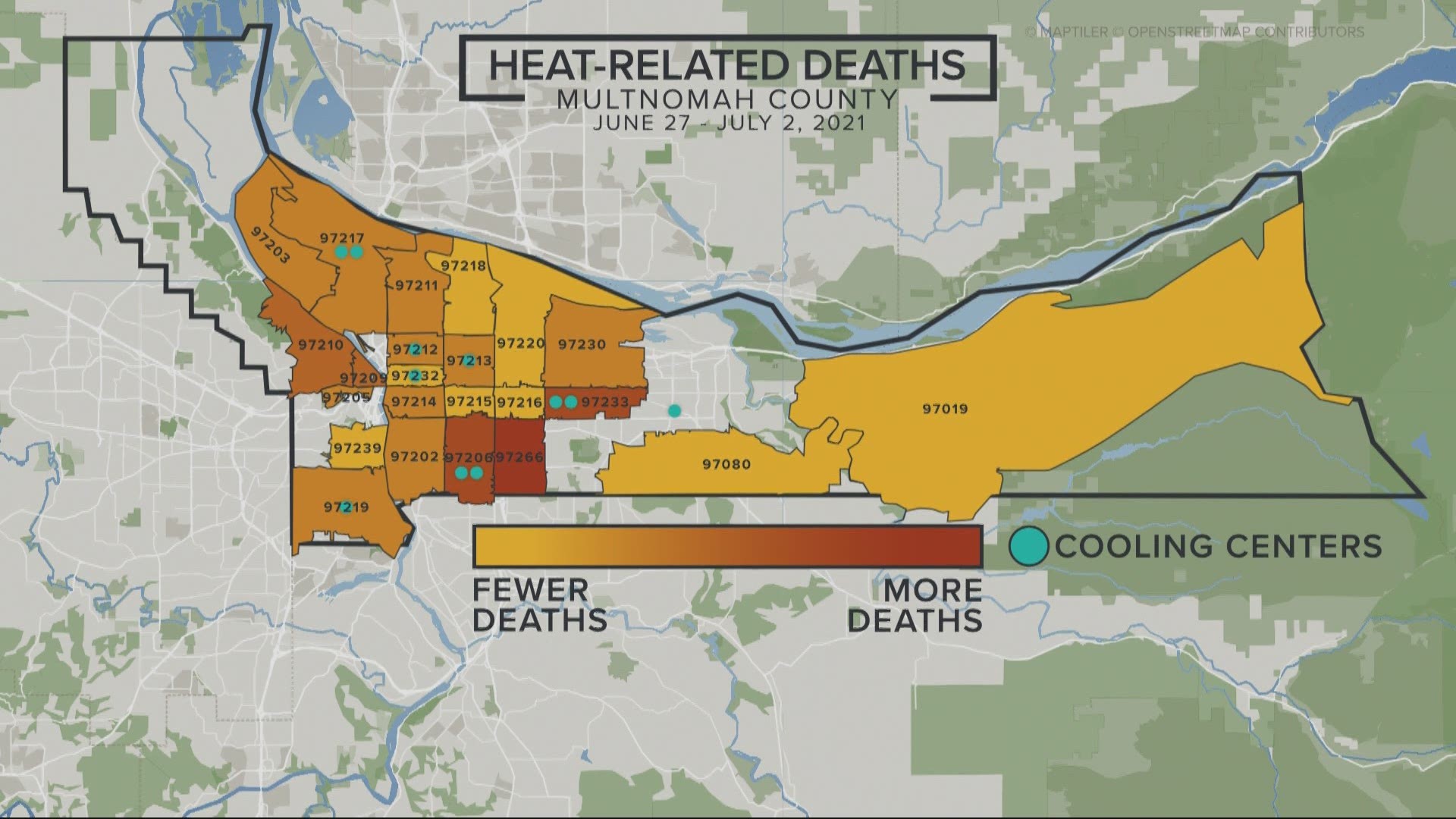 PORTLAND, Ore. — Multnomah County officials announced Thursday they will not release the names and addresses of those killed by the record-setting heat wave in late June. Multiple news outlets, including KGW, had requested that information to better understand who died from the heat and under what circumstances.

“The County has declined to disclose the names and addresses of those who died. Under Oregon law, Medical Examiner records are confidential and the County considers individual death data as essentially protected health information, with rare exceptions,” wrote county communications director Julie Sullivan-Springhetti.

The county cited an Oregon law known as ORS 192.345(36) as their reason for not releasing this information. The law states that medical examiner’s reports are “exempt from disclosure unless the public interest requires disclosure in the particular instance.”

State records obtained by KGW show the statute was passed in 2009 after a lawyer sued the state, trying to get the autopsy report of a man shot and killed by a Portland police officer.

That 2008 case was known as Colby v. Gunson. Gunson, who was the state's medical examiner at the time, wanted to withhold the report, saying an autopsy is private medical information.

A court of appeals judge disagreed, noting there was no state law on the books that specifically listed exemptions for those reports. The following year, lawmakers passed one.

“This is not an unconditional exemption, and if the legislature wanted to say the public shall never receive medical examiners reports, they absolutely could have done that. But they didn't,” Cunningham said. “I think that there are questions about whether there are ways that government could have responded to perhaps prevent some of these deaths, and I think that in particular has a pretty strong public interest.”

Laws addressing, or even limiting, the release of autopsy reports vary widely state to state. A 2013 study by Connecticut officials showed 26 states have "statutes directly addressing the disclosure of autopsy reports." Most of those statutes limited the categories of people who can get access to such reports, naming family and other groups.

Other laws are more broad.

"For example, Connecticut provides that no person with a 'legitimate interest in such a report can be denied access," the study read.

Last week, officials began releasing general information, breaking down the number of deaths by zip code and gender. On Friday, state officials reported 115 confirmed and suspected deaths caused by that heat wave. Out of the 83 confirmed deaths, 31 were women and 52 were men. The county also released the following information about their ethnicities: Four Hispanic, two African American/Black, one American Indian, one Pacific Islander, one Asian, 72 White. Ethnicity information was not released for two of the confirmed and suspected deaths.

On Friday, Gov. Kate Brown addressed the topic of heat-related deaths in a thread on Twitter:

Transparency is critical so that Oregonians have the information they need to be better prepared for the next extreme weather event. It’s also important that we respect the personal privacy of the Oregonians who lost their lives and their families.

As part of the expedited after action review that I directed to conduct, we will be looking at how and where we can better focus our outreach and prevention efforts to make the biggest impact, and we will be sharing that information with the public."

In their release on Thursday, Multnomah County officials said they're tracking 71 confirmed and suspected deaths due to hyperthermia. They noted the county next week is planning to offer up information about people's general locations and the types of housing they died in.

That report, it seems, will lack specific details, the kind of which has already sparked change.

Last week, Oregon Occupational Safety and Health (OSHA) confirmed a migrant farm worker died on the job during the heat wave. As a result, the state is now enacting new rules to keep workers safe.

Home Forward, the state’s largest provider of affordable housing, has said three of its residents died during the heat wave. Officials at the public housing group have said they’re reviewing what happened. Wednesday, they told reporters they don’t have the money to install central air conditioning in their buildings.

KGW has also submitted requests to the state’s medical examiner, asking for these autopsy reports. As of Friday evening, staff have not responded.