Campgrounds will be packed for Fourth of July weekend, says Oregon State Parks and Recreation

There will be limited facilities and camping loops will open with fewer volunteers and staff. 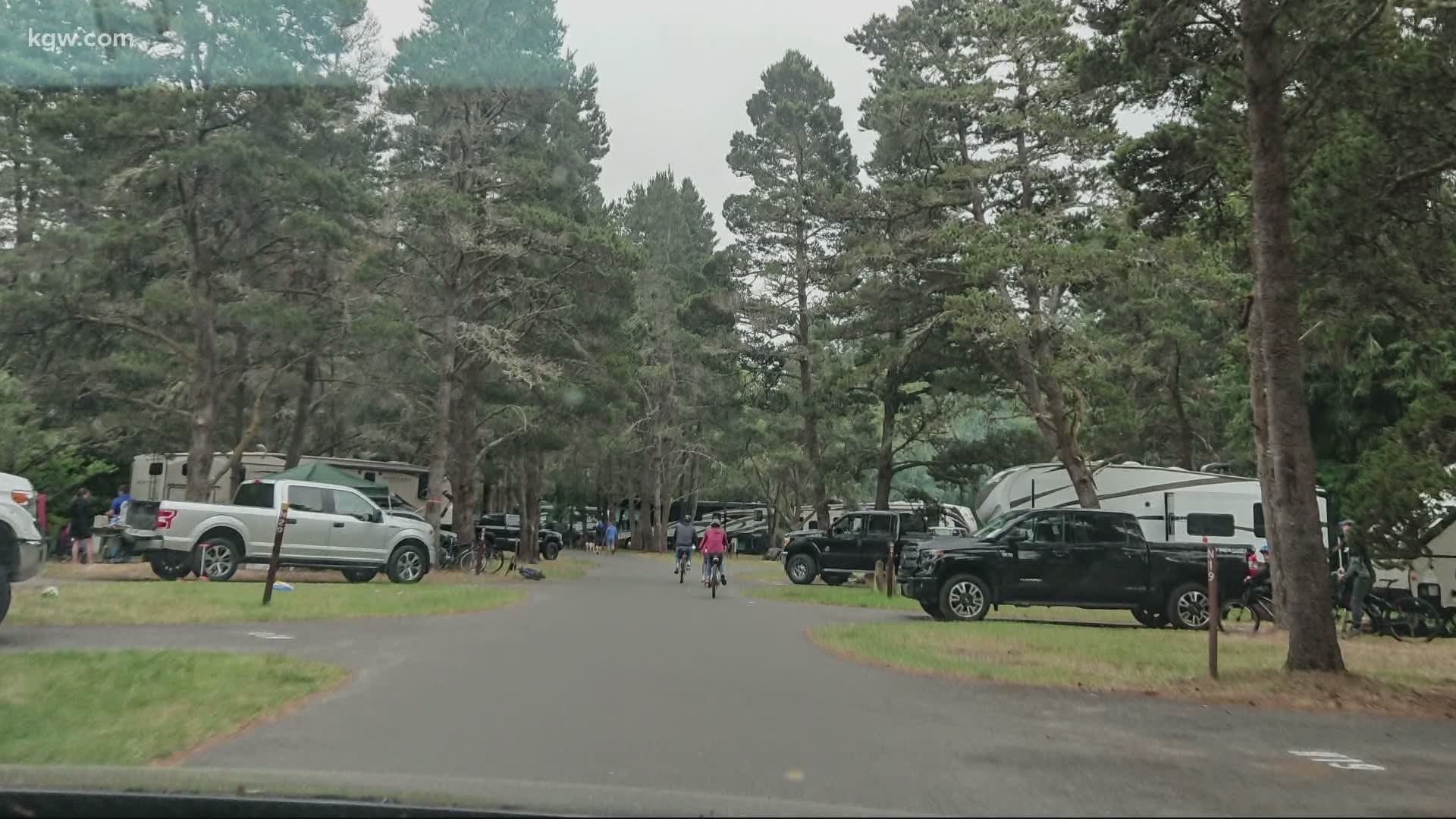 PORTLAND, Ore. — Campgrounds in Oregon will be full for the holiday weekend according to the Oregon State Parks and Recreation Department. The department also warns that if there are first-come, first-serve sites available mid-week, they will fill up fast. On the coast, campers will need reservations beforehand.

There will be limited facilities and camping loops open with fewer volunteers and staff available to maintain them.

Campgrounds aren't the only busy places.

Steve Miller, head of operations for Xscape Pod (an outdoor gear rental company) told KGW, "4th of July is always a busy time of the year for us. Probably our busiest time of year". The company supplies everything you'd need for a night out in the woods.

Many camping supply stores like Xscape Pod are running short on supplies."I think it's just, they want to get out and do something and get beyond their back yard" said Miller.

Xscape Pod says they clean the materials after each use, washing sleeping bags and wiping down materials with disinfectant.

Social distancing is still recommended while camping, despite the relaxed atmosphere. A weekend camping trip to Fort Stevens State Park was anything but relaxing for a woman named Erin and her husband. Erin didn't want to use her last name.

Erin says she booked a campsite at Fort Stevens a few weeks back when online reservations opened up. It was a chance to celebrate.

"The point of it was two-fold was that we wanted to go running on the beach, which I love to do. I wanted to get my dogs out there and I've been feeling better. I had COVID-19 and I had it for a long time," Erin said.

Erin said she was never tested for coronavirus, because testing in early March was limited and used only for those with underlying health conditions and the elderly.

"All of the things that you've heard, I've had," Erin says.

This past Friday, Erin was feeling better. The lingering symptoms diminished and it was time to get out. She and her husband checked in to their site at 7:30 p.m. and they immediately felt nervous because they say the campground was practically full. They were concerned because they were surrounded by groups of 7 or more people on both sides.

A half hour later, they left.

"I wish I could tell everyone, for some people this is huge. This is not like you can go back to work in 2 weeks, it's say goodbye to this whole month. This whole month is off."

Statewide starting July 1st, everyone going inside a public place is required to wear a face covering in the state of Oregon. Governor Kate Brown set the mandate after a rise in cases. Previously, seven counties had already been under the requirement.

Brown is asking that everyone comply with the order to keep beaches and campgrounds open.

"We are doing this so we won't have to shut down other parts of the economy and other recreational opportunities," Brown told KGW Monday afternoon, "Instead of holding your big, backyard BBQ with your 100 besties, please limit it to family members, members of your household."

RELATED: Camping in the COVID era will mean limited staff and facilities at campgrounds