On Sunday, athletes from the Portland Timbers and Portland Thorns kicked off a week of helping out at dozens of non-profits and volunteer projects around the Portland-metro area. 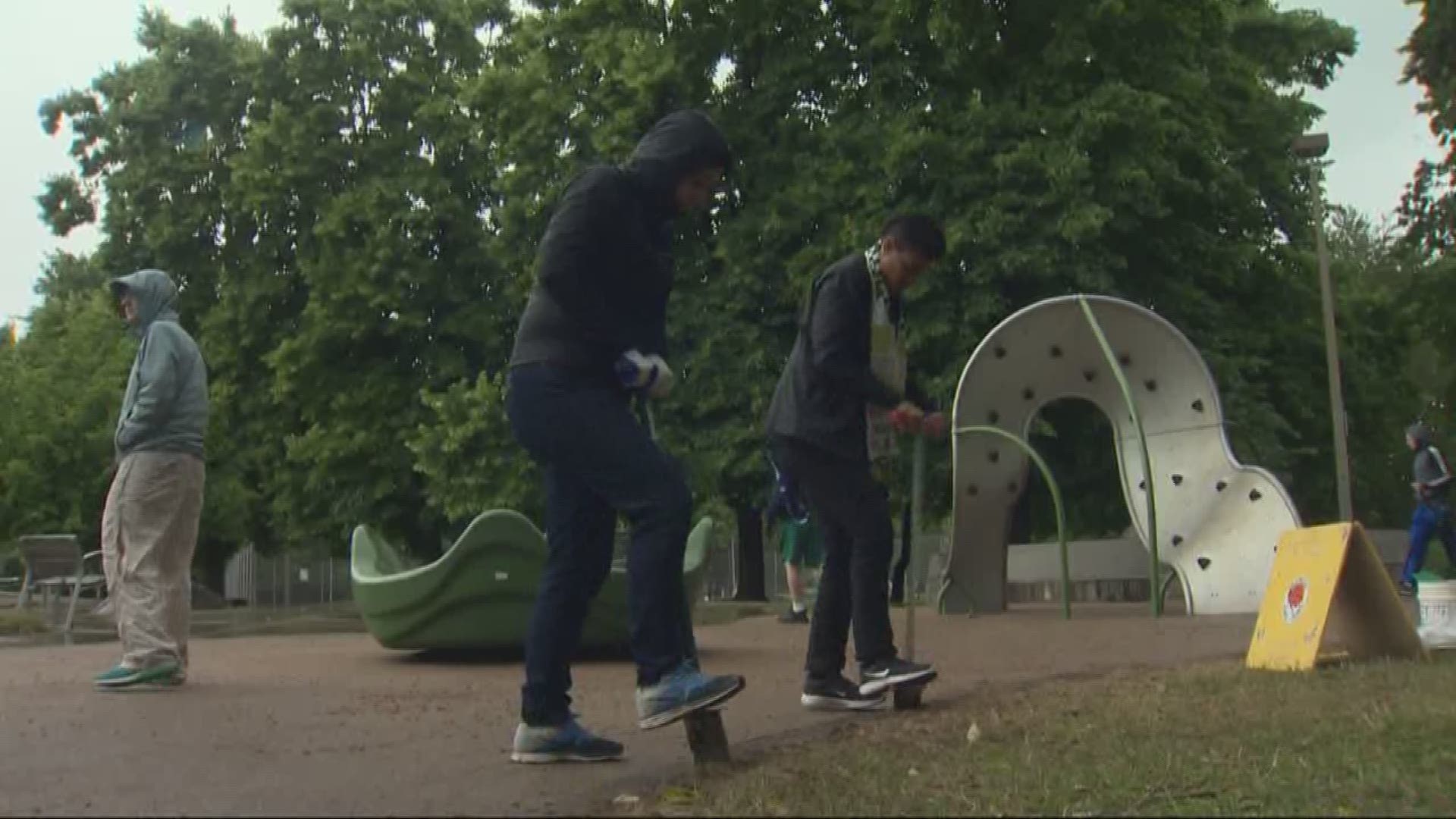 PORTLAND, Ore. — Members of the Portland Timbers and Portland Thorns are talking a different kind of trash this week.

On Sunday, the athletes kicked off a week of helping out at dozens of non-profits and volunteer projects around the Portland-metro area.

They spent the day cleaning up the park.

It's part of the teams' Stand Together Week, in which players will take part in more than 30 community projects in seven days.

The athletes tell us giving back to the community that has supported them so much is a reward in itself.

Tomorrow, French and other members of the Thorns and Timbers will be at Powell Park on Southeast 26th Avenue from 5:30 p.m. until 7 p.m.