Speeding citations are way down and it's not because drivers aren't speeding. The city of Portland only has one full-time traffic officer now. 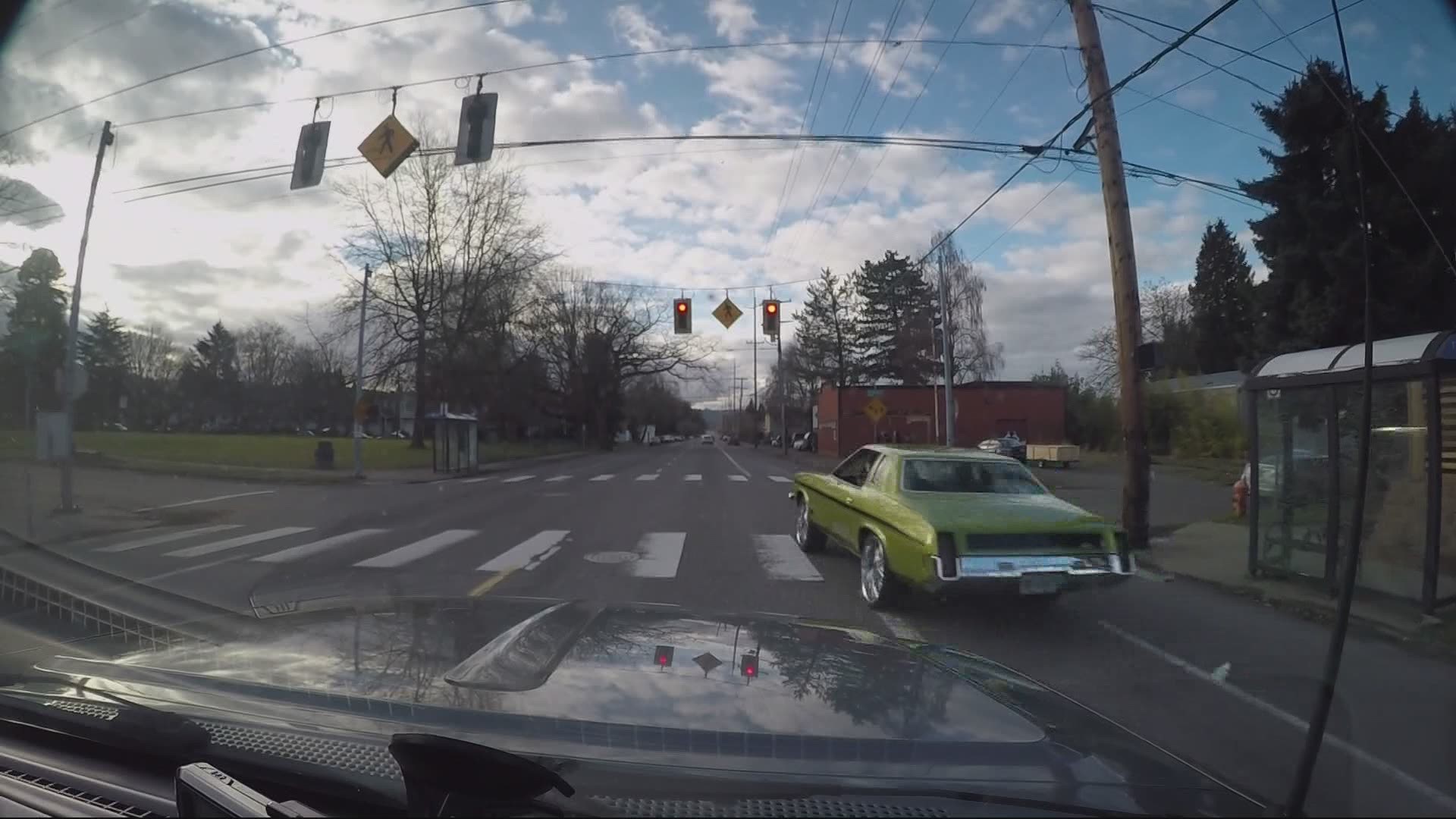 PORTLAND, Oregon — Portlanders' complaints about dangerous driving, speeding and street racing are starting to get as loud as the noisy exhausts that reverberate through parts of the city.

Seasoned runner and cyclist Daniel Hough is unfortunately used to close calls with cars on the roads. But after having a brief altercation with a driver he said cut him off just a little too close, he called Portland police.

Two weeks later, Hough said their response was that there's "really not much the police bureau can do right now because there is no traffic enforcement program." He said police told him the program was entirely defunded.

As it turns out, the Portland Police Bureau (PPB) has only one full-time designated traffic officer. His name is Sgt. Ty Engstrom.

"When I first came to the traffic division, we had 35 motorcycles and probably 10 or 12 cars back in 2009. And before they dismantled everything, we were down to about 18 or 19 motorcycles and one car. And now we're down to one motorcycle full-time," Sgt. Engstrom said.

Dismantling refers to the reassignment of officers in the traffic division to help with staffing shortages within precinct. Portland police staffing dropped from 934 sworn officers in June 2020 to 554 in June 2021.

"If staffing permits, then precincts will send officers out on traffic patrol," Sgt. Engstrom said. He added that most of the time, it's grants from the Oregon Department of Transportation that fund overtime for heightened enforcement efforts around speeding, seatbelts, DUIIs and other traffic offenses.

The lack of traffic patrol is showing up in the number of speeding tickets issued by PPB. From February to June 2021, total citations were down 80% compared to the same five-month span last year.

City Commissioner Jo Ann Hardesty had this to say when asked about PPB's apparent inability to perform traffic enforcement within the city:

"... it is irresponsible for the Portland Police Bureau to continue spinning a narrative that there is no longer traffic enforcement occurring in our City and that their staffing shortage is a result of Council decisions, when it is the result of their own failure to create a culture that attracts people to their long-standing vacancies. It’s worth noting that every sworn officer is technically a traffic cop with the legal ability to enforce traffic laws."

"It's just really discouraging to know that if a hardened runner, an experienced cyclist and pedestrian like me is feeling scared... that most people that are just starting to experience engaging with walking and riding and running on the streets, they're not going to feel safe," Hough, a resident of North Portland's Portsmouth neighborhood.

The Portsmouth Neighborhood Association recently sent an email the city urging action, including aggressive use of speed cameras. We will follow up on the city's response.