Here’s what the ‘sovereign citizen’ defense is, and how it’s linked to the Portland ‘Red House’

William Kinney III has claimed to be a sovereign citizen for years. He also filed court documents claiming that's why his family didn't have to pay the mortgage. 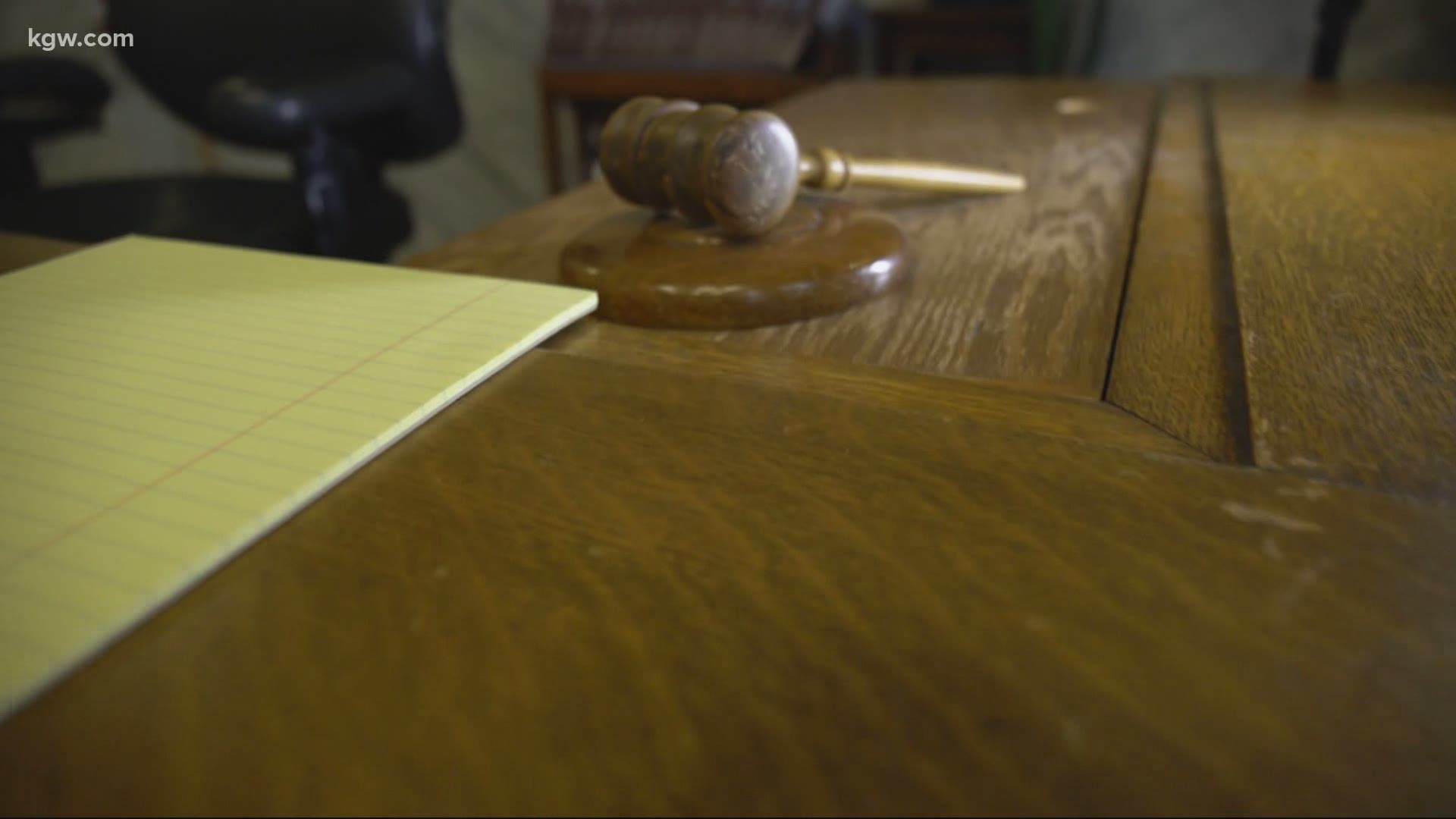 PORTLAND, Ore. — Protests erupted this week at a home in North Portland known as “Red House on Mississippi.” This comes after police tried to make a family — who lost the home to foreclosure two years ago — leave the premises.

The son of the family, William Kinney — also known as William Nietzche — has claimed for years that he is a “sovereign citizen” and that’s why his family didn’t have to pay their loan.

So, what is a sovereign citizen?

According to the Southern Poverty Law Center, sovereign citizens believe that they — not judges, juries, or law enforcement— get to decide which laws to follow and which to ignore, and they don't think they should have to pay taxes.

According to Portland sociologist Randy Blazak, while there is a large section of Black sovereign citizens, the movement is actually rooted in racism within the white supremacist movement.

"(The movement) starts as kind of an anti-government belief system that white people are the true citizens of this country,” Blazak said. “It's kind of a weird reading of the 14th Amendment, and it believes that there is no real authority of government other than what they call common law.”

Sovereign citizens are known for clogging up court systems with legal filings written in a nonsensical sovereign code. For years, they used that method to fight paying taxes, then used it as a way to fight foreclosures.

According to Blazak, this started with the mortgage crisis in the 2000s, when Black and brown Americans were targeted with predatory lending.

“Those folks start hearing about this notion that government law is not valid — mortgage laws are not valid,” he said. “So, there starts to be this kind of in-migration of African Americans — especially into the sovereign citizens movement — to see it as a way of keeping their homes.”

Christine Sarteschi, a professor at Chatham University in Pittsburgh, who just wrote a book on sovereign citizens, said a subgroup called “Moorish sovereigns” are known for fighting foreclosures this way.

“They operate similarly (to sovereign citizens), but they have a different origin belief that basically, they own, they were originally here before anyone else in the United States or anywhere, and they essentially own all the land,” Sarteschi said.

How does the sovereign citizen movement tie into the 'Red House' situation in Portland?

Kinney, the son of the family living in the "Red House," has claimed to be a Moorish sovereign citizen since at least 2007.

In a YouTube video, Kinney said, “I am an aboriginal indigenous to the land.” In 2018, his parents lost their home to foreclosure, and Kinney — who changed his name to William X Nietzche — tried to fight the foreclosure in court, filing dozens of appeals.

“They have used this kangaroo court to try and eject my elderly mother and father on 20 or 30 occasions,” Kinney said in the video.

He continues to say he tried to “seize the court” under Moroccan law with a man named Omari Gibberi, but the video and court filings become hard to follow.

Blazak said that these kinds of filings rarely ever work.

“When it works, it's usually on small little government fees that they can argue, and usually just through filing petition after petition where the local officials just get tired of them and waive the fee,” he said.

“On lower-level things, like that, it's been somewhat effective, which gives them an idea that this is an actually an effective strategy, but on mortgage, it's never worked," Blazak said. "Banks are powerful institutions. They often have the last word on these matters.”

Kinney’s argument, in fact, did not work, and the family missed a series of payments. The home was foreclosed on in 2018, and the Kinney family was ordered out in September. As of Thursday, they refuse to leave.