The alleged attack happened Sept. 5, 2020 during a police brutality protest. 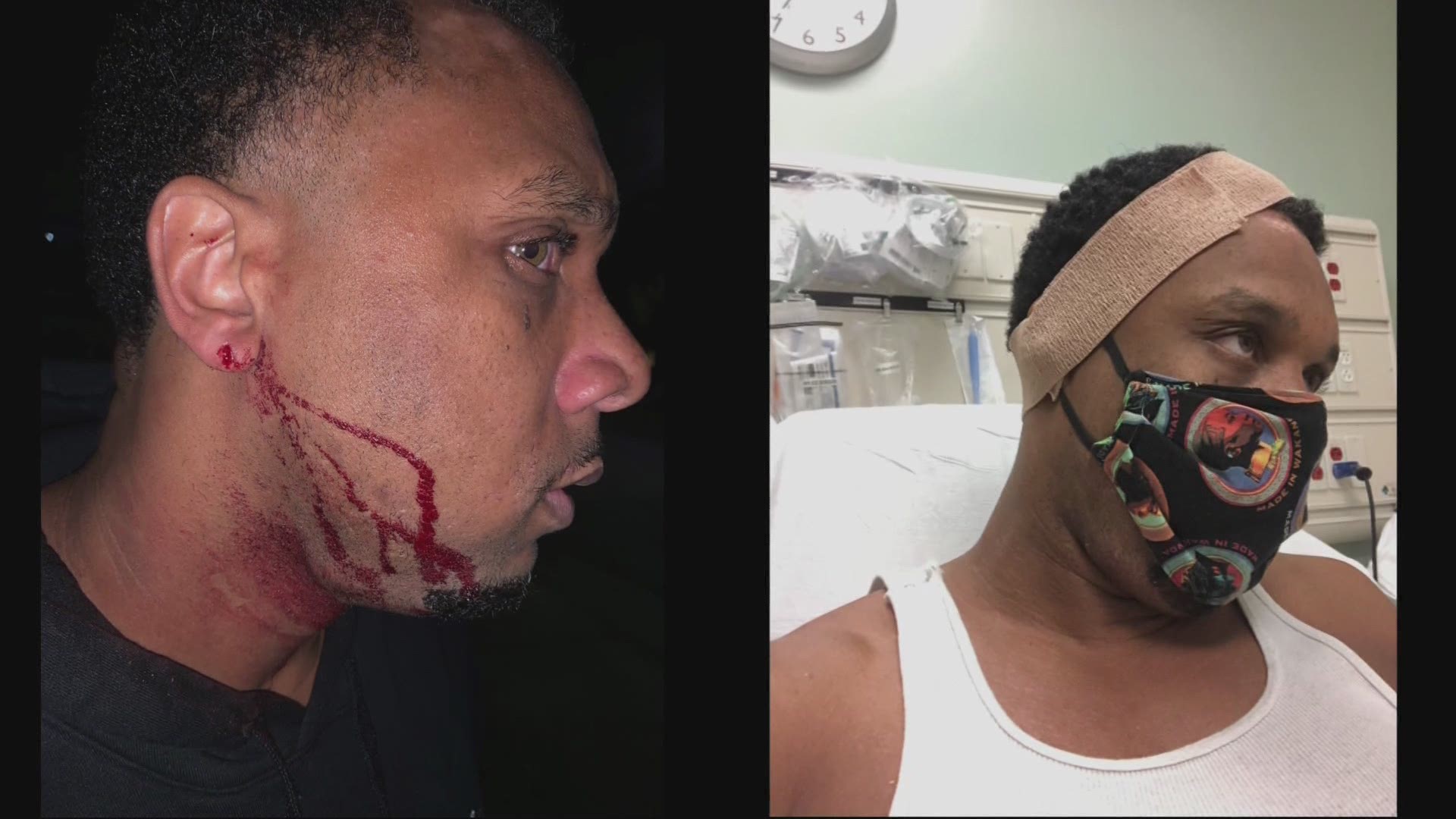 PORTLAND, Ore. — Elijah Warren remembers Sept. 5, 2020 like it was yesterday. He was in the garage of his Southeast Portland home. His son, his son's friend and the family dog were in the house. Nearby a crowd was protesting police brutality in the wake of George Floyd's murder. Suddenly Warren heard screaming coming from inside the house.

"I knew it wasn't natural," Warren said. "Something was wrong and I opened the door and my eyes started to burn. And I saw my son and his friend with the attachment from the sink trying to get their eyes washed out."

It appears the tear gas that officers were using to disperse demonstrators had seeped into Warren's house. After tending to his son and his friend, Warren went outside to talk with officers. He says he was civil. He saw officers were civil. Then a different officer approached from behind.

"I was struck with a baton across the side of my right ear and the back of my head and it busted me open when he hit me with the baton," Warren said.

RELATED: What Portland police has changed in the year since the murder of George Floyd and the resulting civil unrest

Warren says the officers he had been talking to pulled the attacking officer away, but it was too late. Warren suffered a concussion and a cut ear, among other injuries. The lifelong Portlander is now suing the city and Det. Erik Kammerer, identified by attorney Greg Kafoury as the officer who assaulted Warren.

Kafoury is asking for Kammerer to be fired. He is asking for upward of $400,000 for Warren, an alleged victim of police brutality during a protest regarding that very thing.

"There has to be some type of statement that this is unacceptable in 2021," Warren said. "We have kids watching."

The city attorney for Portland declined to comment on the lawsuit.

RELATED: 'It still needs to be talked about every day': Portlanders remember George Floyd