Southeast Portland man held up at gunpoint, run down by car while walking dog

Bob Wenberg suffered a broken leg among other injuries. 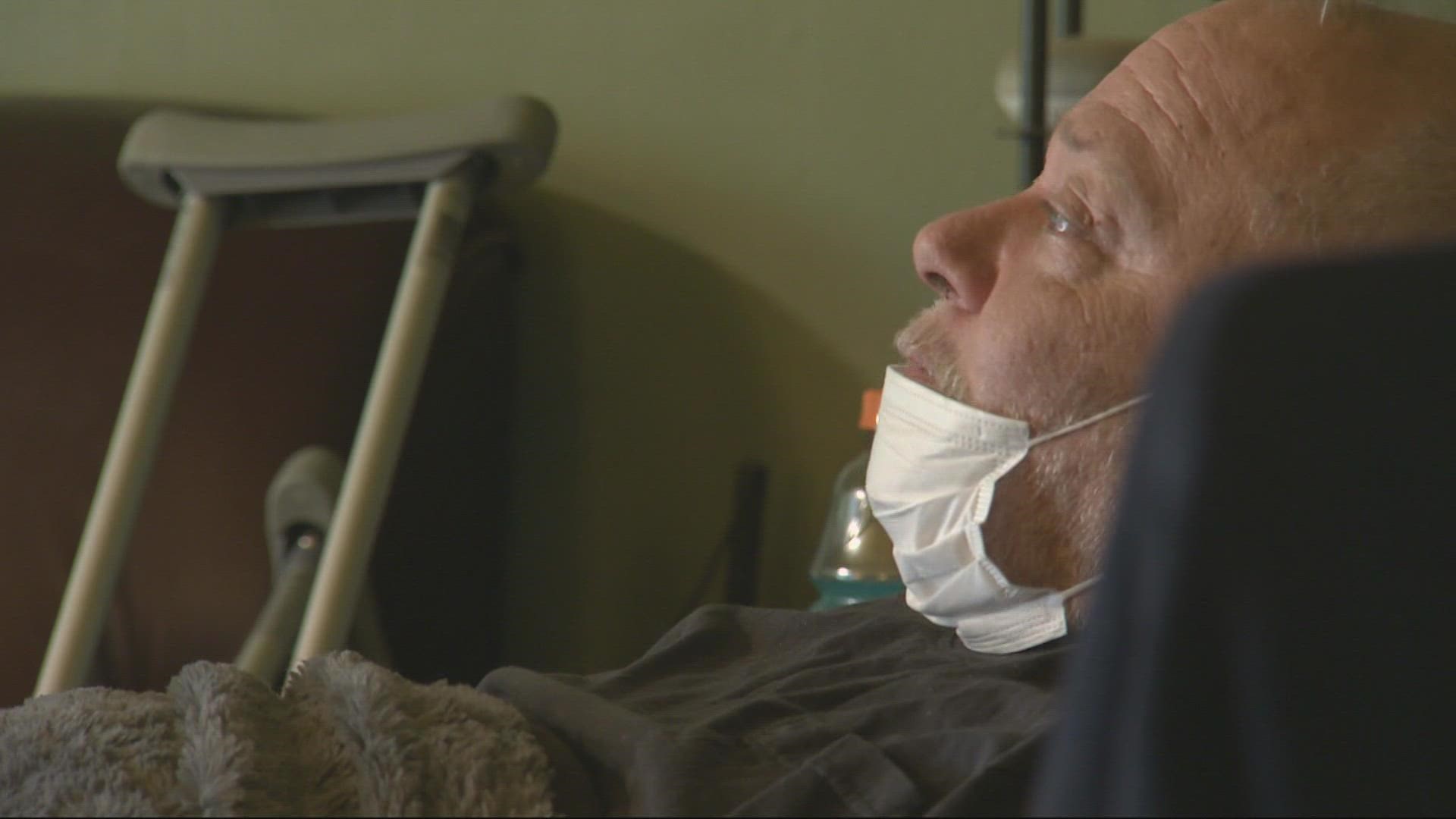 PORTLAND, Ore. — Bob Wenberg is struggling to keep his emotions in check. He is not much better physically after he was held at gunpoint and then hit with a car when he tried to escape in Portland.

"Yesterday, I tried to get up and fell and we had to call the fire department to help me get up," Wenberg said.

The 55-year-old has a broken leg. He suffered it during a terrifying incident Sunday morning.

"This never would've happened five years ago," he said. "It wouldn't happen two or three years ago."

Wenberg said he was walking his German Shepherd on Southeast Tibbetts, between 79th and 80th, when a car pulled up alongside of him.

"The window was rolled down and there was this masked youth and he was pointing a gun right at me," Wenberg said. "He looked at me and said give me your wallet, your phone, and your dog."

Wenberg froze in absolute shock and fear, but he made the decision to make a run for it.

"That's when they accelerated and I almost got around it and they hit me and it flipped me over the hood."

On the ground in excruciating pain, Wenberg thought the young guy with the gun would shoot him. Instead, he and his crew drove off. Wenberg yelled for help.

"Finally I saw a homeless guy walking down the street and I yelled at him and it was the homeless guy who helped me," Wenberg said. "I said 'look you need to get someone to call 911 for me.'"

Wenberg filed a police report with the Portland Police Bureau (PPB). He said officers told him the hold-up may be connected to a much bigger crime spree in the Portland area.

"That's really concerning," Wenberg said. "What are you supposed to do? You think you're in a safe neighborhood. This is not a bad neighborhood."

Katie Blauvelt lives across the street from where Wenberg encountered the gunman. She said she used to feel safe in the neighborhood.

"We're actually going to be moving because of these reasons and it just doesn't feel safe having a 4-year-old here anymore," Blauvelt said.

Moving is not out of the question for Wenberg and his wife. In the more immediate future, Wenberg is hoping police catch the bad guys.

"These were kids and they tried to murder me when I tried running away," he said. "They tried to run me down."

A spokesperson for the Portland Police Bureau confirms detectives are investigating the case. Anyone with information is urged to contact PPB.

RELATED: More than 900 cars were stolen in Portland in September alone