The chair lifts will probably stay put for a little while longer, but many people are happy about the hint towards ski season. 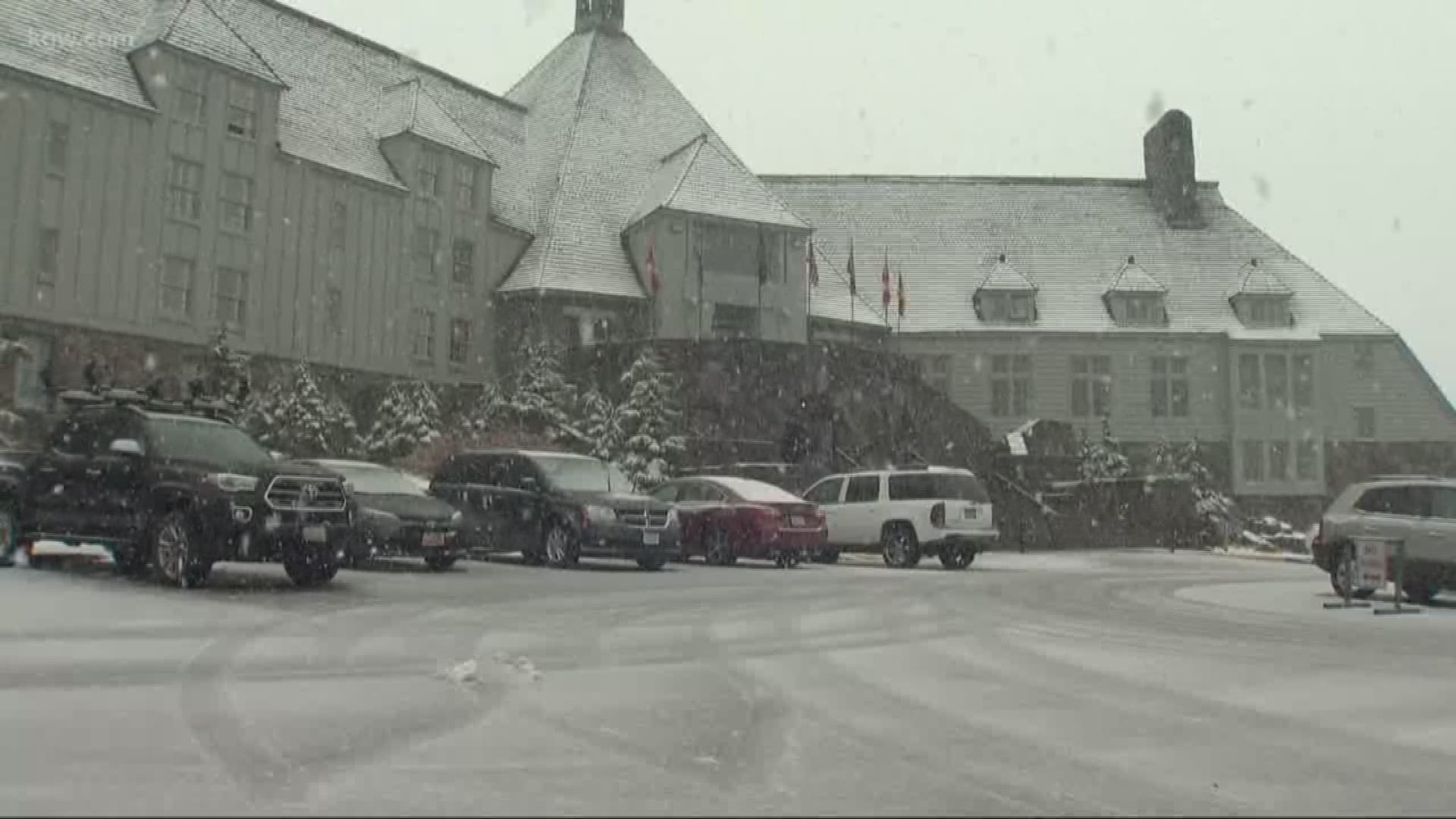 TiIMBERLINE LODGE, Ore. — The mountains got their first taste of winter on Friday.

The dusting of snow fell down to Timberline Lodge and that has some people hoping ski season isn't far off!

It eventually changed over to rain, but we were there at Timberline to see how excited people were for the snow.

“It is beautiful,” Kim Neil from Camas said. “In the Pacific Northwest, it rains all the time. This is glorious you can play in this you can’t play in the rain.”

Neil loves it so much her family even teases her about it.

“We came up at 11:30 am and it was a rain-snow mix and I pointed it out the window and my brother made fun of me and it turned into this,” Neil said. “Now m making fun of him.”

The snow level came down just enough for a light blanket of snow at Timberline Lodge and also at Mount Hood Meadows.

The chair lifts will probably stay put for a little while longer, but many people are happy about the hint towards ski season.

“With any luck at all this is a good omen for the whole area to start this early,” said Christy Little from Portland.

Some tourists did have complaints.

“We came to see the mountain I don’t see it anywhere,” Dennis McDowell from Pennsylvania said.