Atasha Jefferson, known as Tommie Lee on 'Love and Hip Hop,' was arrested twice in Cobb County after allegedly dragging a girl by her hair and slamming her into a locker at Griffin Middle School in Smyrna. 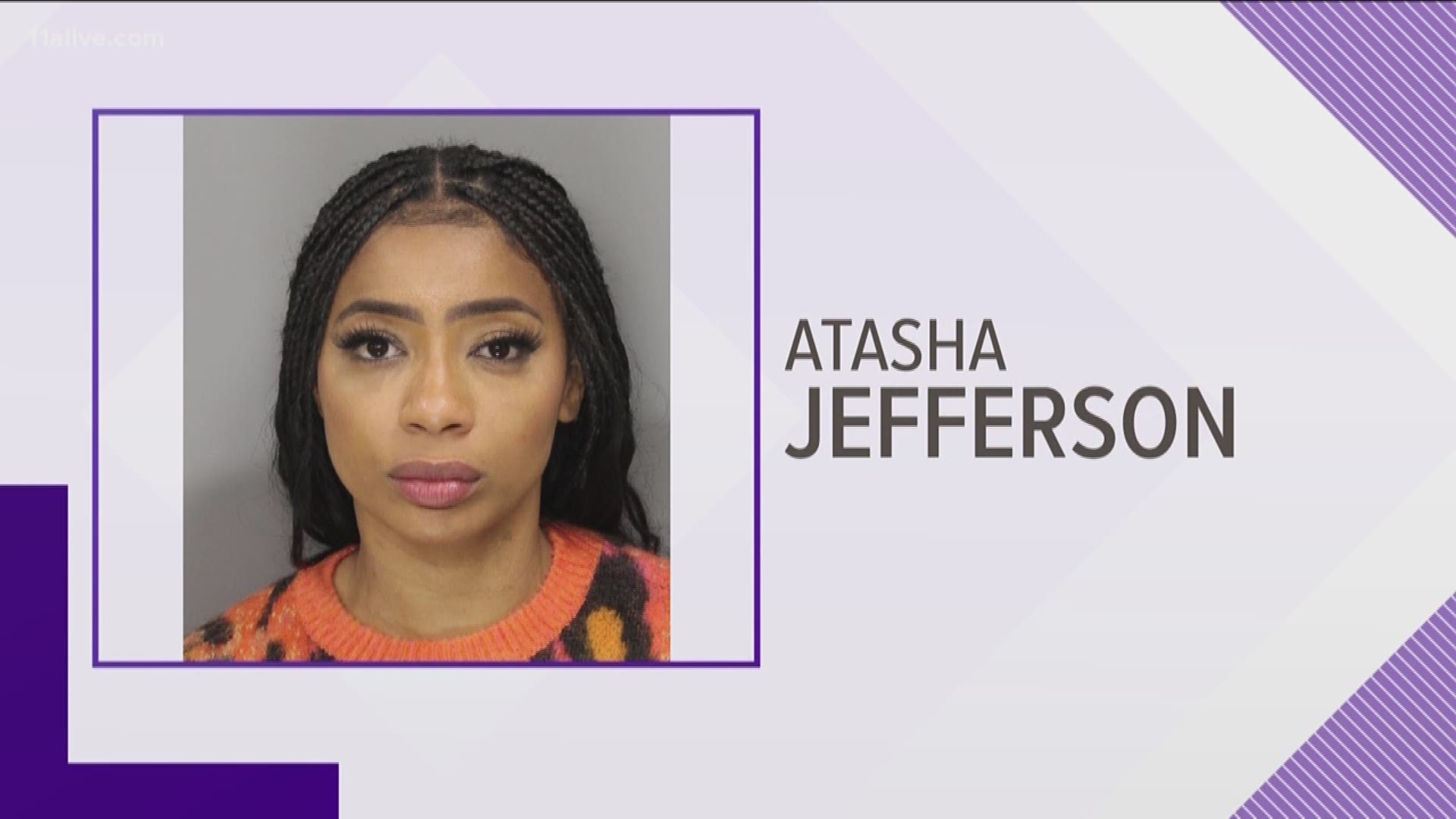 Tommie Lee, whose real name is Atasha Jefferson, allegedly grabbed a child under 17 years old by the back of the head and shoved her head into a metal school locker at the school on Oct. 16, according to a Cobb County police warrant.

According to Smyrna Police, Jefferson is a parent at the school but the child was not identified.

Police said she also used a purse strap to hit the child, striking her hands with the strap while she was in a defensive position to protect herself. Jefferson allegedly grabbed the victim by her hair and walked her down a school hallway. School surveillance video showed her slap the child in the face with an open palm, according to the report.

Police said she caused a disruption at Griffin Middle School with “loud and boisterous screaming,” allegedly yelling profanities while holding the child by her hair. It was disruptive enough to cause other teachers to exit their classrooms to see what was going on, according to the report.

Jefferson was taken into custody and jailed in Cobb County.

The Smyrna Police Department released a statement on the school incident, issuing a statement that Jefferson would be charged with aggravated assault, simple battery, cruelty to children and disruption of a public school.

"Due to the sensitive nature of this investigation and the investigation of a minor, no other information or videos are available for release at this time," the department stated.

After she bailed out of jail, police said Jefferson went to a home on Hickory Springs Drive in Smyrna at about 4:40 a.m. on Oct. 17, where the victim lived. The teen said Jefferson talked to them, violating a bond order.

When police attempted to serve a search warrant at the home for stalking and aggravated assault, Jefferson refused to come to the front door, according to the warrant. Officers said they knocked loudly and announced their arrival but she refused to come out. Jefferson was eventually found hiding in an attic, tucked in the back corner, according to the report. Police took her into custody and charged her with stalking and obstructing a law enforcement officer.

This isn't the first time Jefferson has been arrested for violent behavior this year. In July, she was arrested in Atlanta after allegedly hitting a valet in the head. She was allegedly standing in the middle of the road on Auburn Avenue around 1:15 a.m. that morning and refused to move, blocking traffic.

The valet refused to press charges. Officers charged her with disorderly under the influence and she was booked at the Atlanta Detention Center.