Long-term parking rates rose by $2 a day in five of the city-owned SmartPark garages, while short-term rates stayed the same. 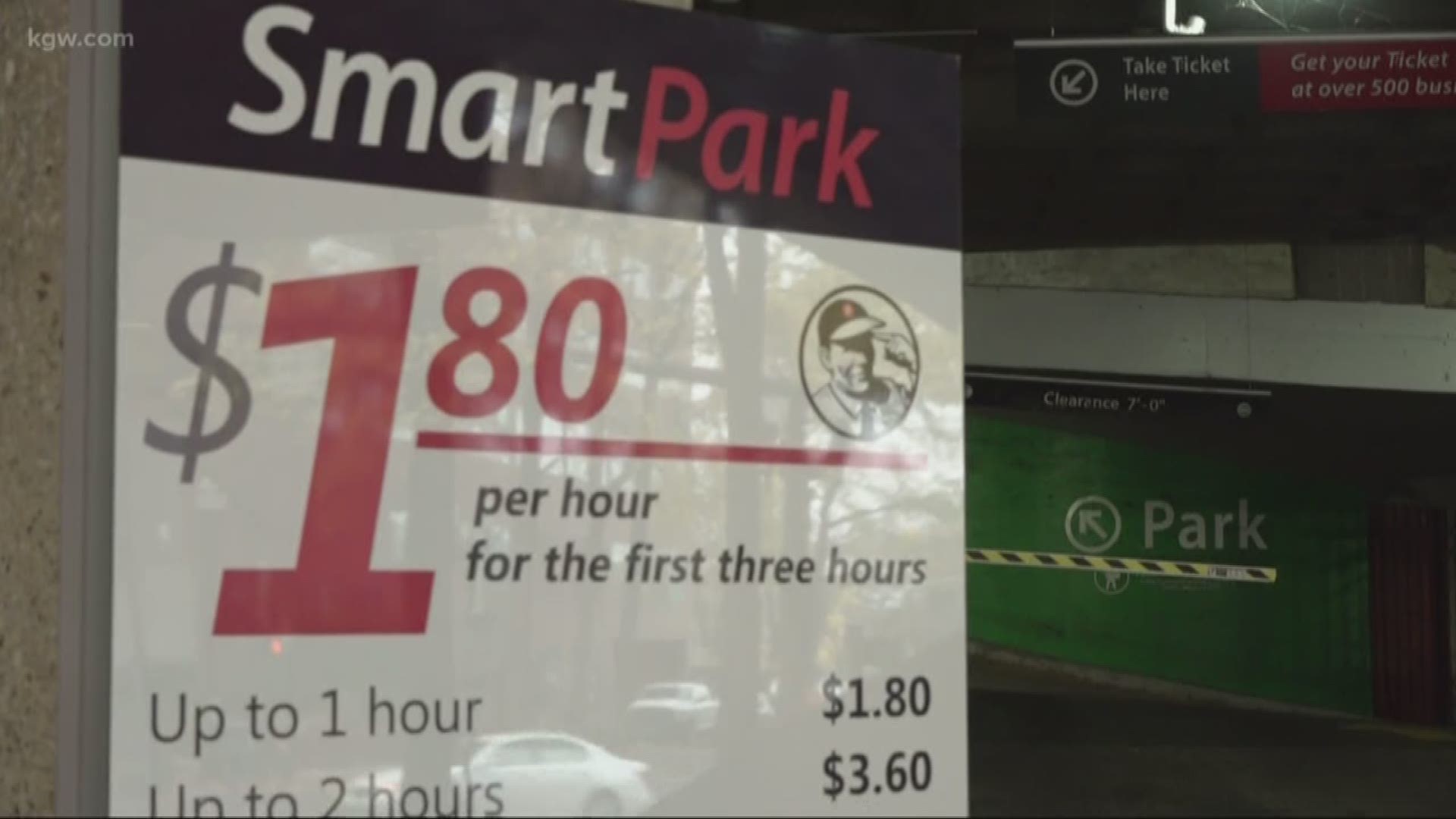 PORTLAND, Ore. — The price to park all day in some of Portland’s most popular garages went up Monday. Long-term parking rates rose by $2 a day in five of the city-owned SmartPark garages, while short-term rates stayed the same.

The goal is to encourage more turnover in these garages and to provide more space for downtown shoppers and visitors.

“We’ve raised the rates for all-day parking to try to give an incentive to not park all day here in the SmartParks and to use private sector garages. That’s really the way the system works,” PBOT Director of Communications John Brady said. “We see the private sector garages as the place for long-term parking. So, employees that are coming downtown need to park all day, but the SmartPark garage is more for customers, visitors, things like that.”

The SmartPark short-term rates are some of the lowest in the city and Brady says that is by design to draw visitors in. But there are so many people using these garages all day that there isn't enough room.

“The occupancy rate has been reaching 100%. So, they're full. if you're coming downtown to shop, you're not, you can't find a spot,” Brady said.

However, some who work in downtown aren't crazy about the move. Many people told KGW Monday that parking is already too expensive in the city. Others are not yet sold on if the plan will actually open up more sort-term spots.

“It's not going to make any more parking available. I wouldn't think. I think those spots are going to be filled no matter how much they pay for them,” said Chris Brown, who works in downtown Portland.

PBOT is encouraging those who work downtown to use private garages or public transportation, but for construction worker Richard Eib that is not necessarily an option.

“It's not a choice to come down here if you work down here. You've got to get down here somehow and not everybody can ride public transportation,” Eib said.

Lynn Jackson has been working in downtown for 12 years. Her company pays for private parking for their employees, but it is getting so expensive they are thinking about moving their operations out of the city.

“We are having to look into other opportunities, maybe in Lake Oswego, where the parking rates are not as high – because it is an impact. It’s lease plus parking,” Jackson said.

Here is a breakdown of how the rate increase:

The rates went up by $2 a day, ranging from $16/day in the 10th and Yamhill garage to $20/day at the 1st and Jefferson garage. The change will only apply to customers who enter a garage between 5 a.m. and 4:59 p.m. and stay for more than four hours. Rates for people parking up to four hours will stay the same as will evening rates which begin at 5 p.m.