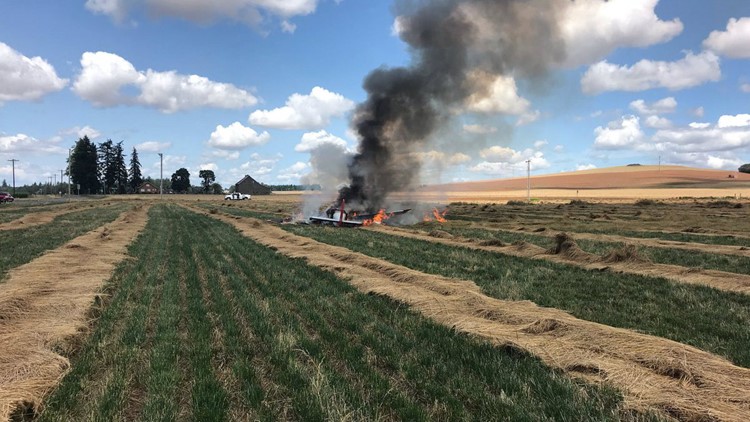 SALEM, Ore. — A pilot crashed his plane during an emergency landing in a field after he said the plane caught fire while in flight Tuesday afternoon.

The single-engine plane went down around 1:20 p.m. in the area of Jordan Street SE and Howell Prairie Road in Marion County.

The pilot, 73-year-old Eugene Mitchell of Portland, told deputies he escaped from the crashed plane before it was completely engulfed in flames. Medics took him to a hospital and he was later released.

Mitchell was the only person on the plane. He is a military veteran with flying experience dating back to the Vietnam War, deputies said.