According to the Texas Invasive Species Institute, the New Guinea Flatworm can potentially carry parasites, posing a threat to humans and other mammals. 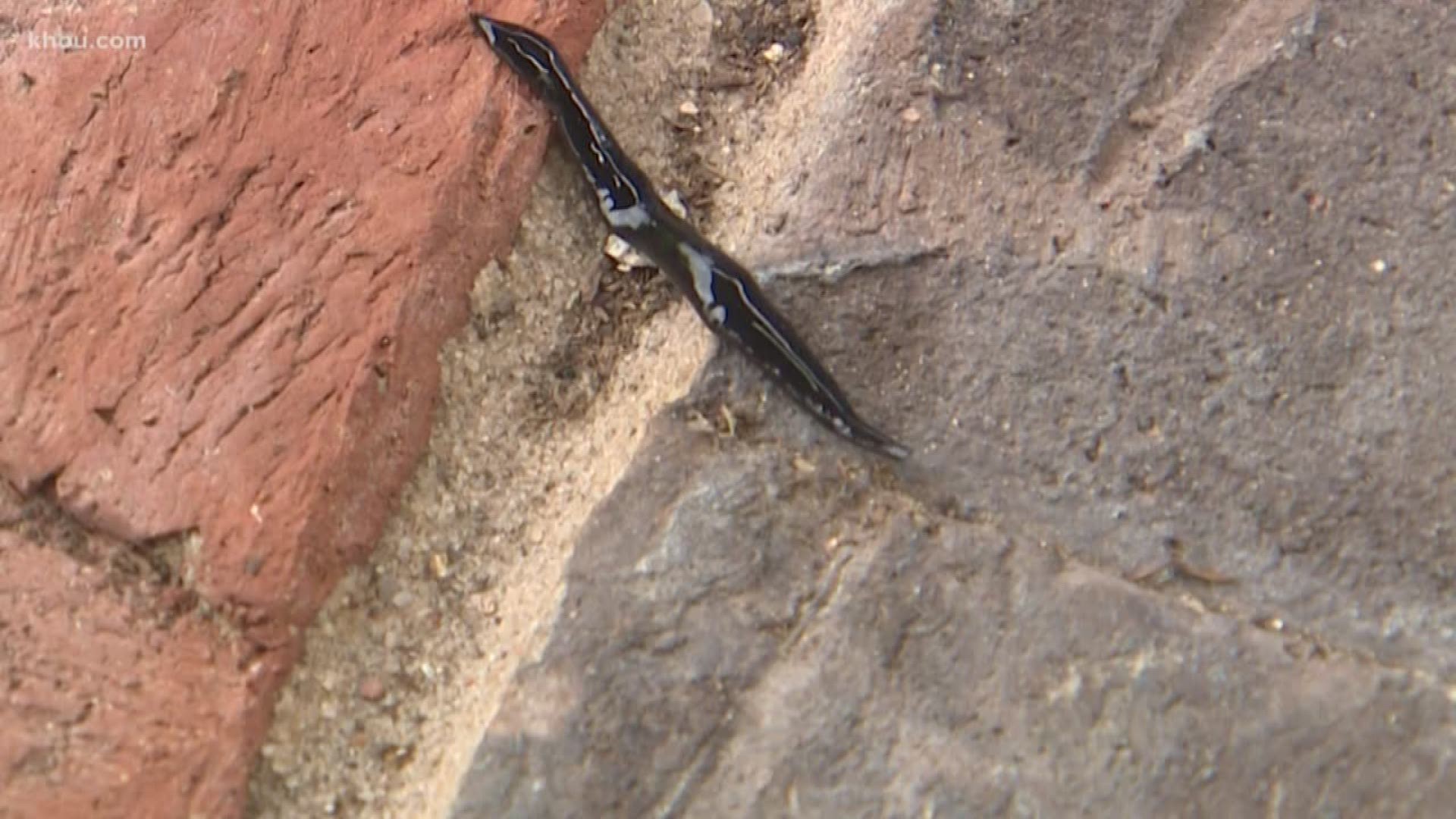 PEARLAND, Texas — A Pearland woman is warning others of a potentially dangerous worm she discovered in her backyard.

Marranda Ganucheau told KHOU 11 she first found the long, slimy, black worms on her porch and then realized they were wrapping around and eating snails.

“Slender, black, slimy,” is how Ganucheau describes the worms. “They are just strange looking.”

Ganucheau says a Google search led her to the New Guinea Flatworm and that when she reached out to the Texas Invasive Species Institute (TISI), they confirmed it.

According to TISI's website, the New Guinea Flatworm is only found in Texas, Florida and Puerto Rico in the United States. It can potentially carry parasites, posing a threat to humans and other mammals.

According to the CDC, the rat-lung parasite these worms can  carry can cause eosinophilic meningitis and severe gastrointestinal or central nervous system disease in humans, depending on the species.

“I have kids and we’re outside and we’re swimming and we’re barefooted, so I was like, 'Oh my goodness! Can we get this parasite from these worms?” she said.

TISI's website states the flatworm is not a parasite itself, but because it had the potential to carry them, people are encouraged to use gloves, sticks or disposable forceps – not their bare hands -- to pick them up.

They worms are about 1 to 3 inches long and are nocturnal. However, they tend to come out during the day after it rains. Snails are their meal of choice.

Ganucheau said she was told there's not much she can do about the invasive creatures.

"Their (TISI's) suggestion was to just kill them as I see them," Ganucheau said. "But I can’t do that every time with hot boiling water! I mean, I just don’t feel like I’m going to get anywhere because I have so many of them. I just don’t know what to do about them anymore."

Ganucheau is hoping her frustrating experience with the worms can at least help warn others about their potential dangers.

Widow of victim in Katy road rage shooting: 'I would never wish this upon anybody'