Skiers made Northwest Portland their playground with an impromptu race Saturday. 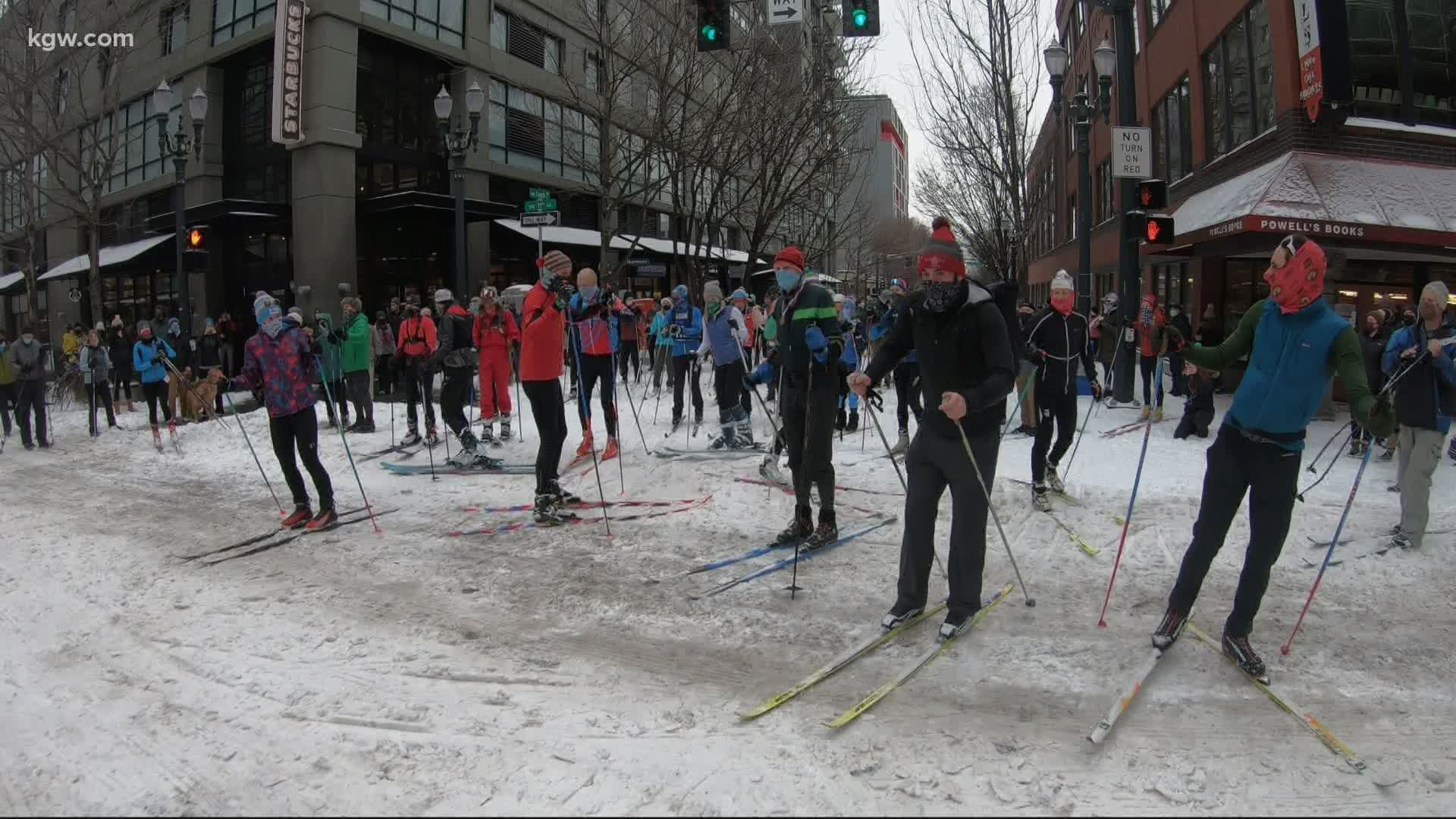 An impromptu race, known as the Stumptown Birkebeiner or "Berkie," had locals strapping on their skis and hitting the streets for the most Portland way to spend a snow day.

"We're just trying to have some fun and enjoy winter when it happens; the rare occasion," participant Noel Johnson told KGW.

From practiced cross-country ski racers to those who just wanted to try something new, it was a great excuse to get out of the house and enjoy the snowy weather.

"It’s like one of the most charming parts about the city, that we can’t handle snow. So, let’s just go into it. I love it," Johnson said.

This isn't the first time the Berkie has graced Portland's streets. The last time the spontaneous race took over the city was in 2017.