The suspect was uncooperative and armed with a handgun, according to Vancouver police. 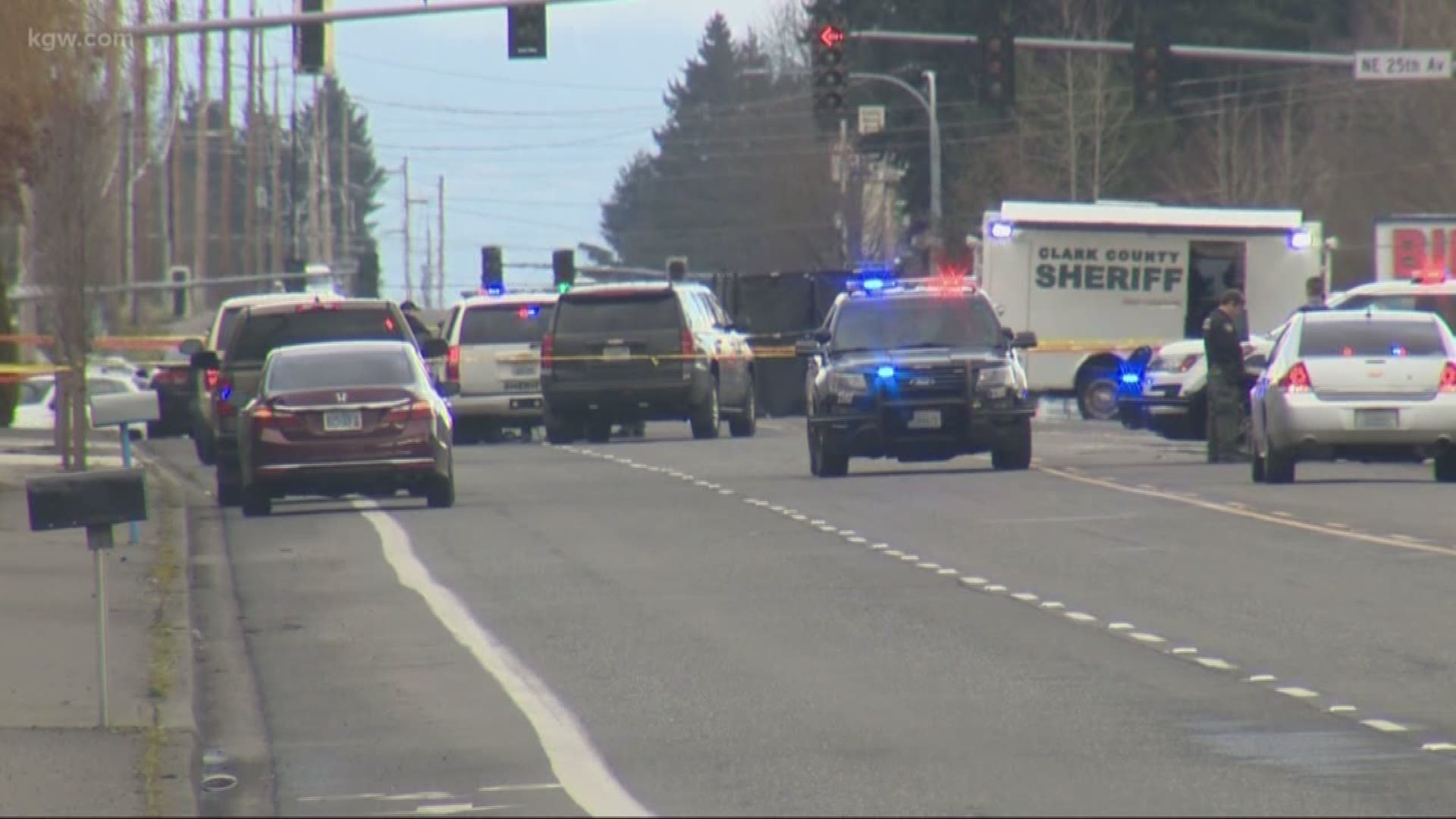 At around 1:40 p.m., detectives conducting an investigation involving drug trafficking pulled over a suspect, who police said was a gang member, in the 2500 block of Northeast 78th Street.

The suspect was uncooperative and armed with a handgun, according to Vancouver police. The detectives ended up shooting and killing the suspect. Officers identified the suspect as Carlos M. Hunter, 43.

Nickeia Hunter said the man killed was her older brother. She admits he had a troubled past, which included prison time, but he had finally put it behind him.

“He changed his life and did what he was supposed to do to better yourself to be an active member of society,” she said.

Hunter said her brother was picking up his son when he was pulled over.

"He left the house four blocks from here to get his son. How do you get killed in a traffic stop going to pick up a child? I don't understand," she said.

The detectives were not injured. They were identified on Monday as 45-year-old Dennis Devlin and 30-year-old Colton Price, 30. Per Vancouver Police Department procedure, both officers are on critical incident leave.

An investigation is ongoing. Anyone who witnessed the shooting is asked to call the Clark County Sheriff's Office tip line at 360-397-2120.

This was the third Vancouver police officer-involved shooting in three weeks.

McElvain said the shootings are hard on families and officers alike.

"In a typical year, maybe you have four officer-involved shootings in a city our size. But to have something like this occur in such a short period of time does catch everybody's attention. So, there is that gut check and making sure everybody's doing fine," he said.