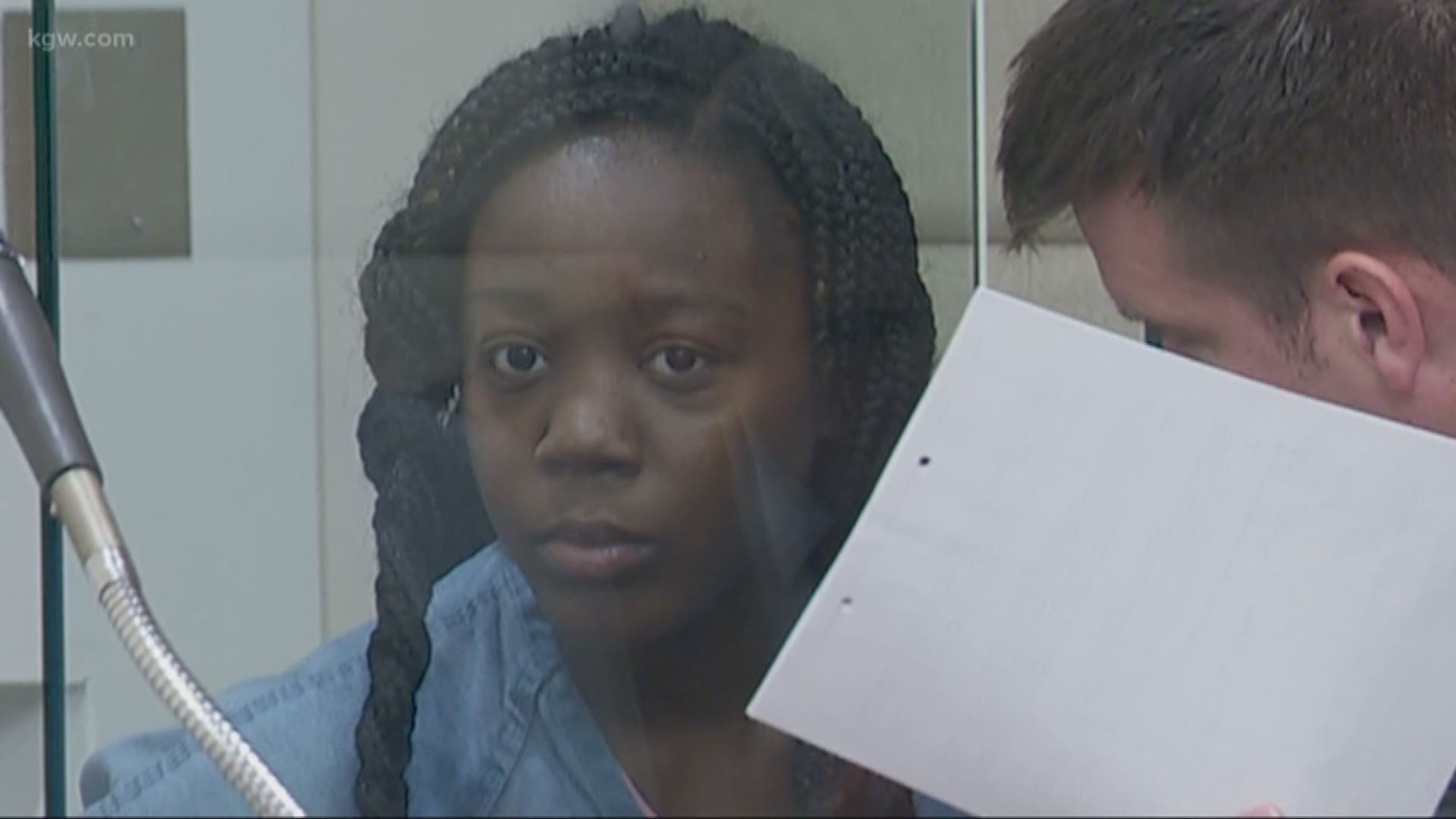 The Multnomah County District Attorney's Office filed a 14-count indictment against 30-year-old Tamena Strickland on Monday. The charges include one count of murder and two counts of attempted murder.

On Tuesday, Strickland pleaded not guilty during a court appearance at the Multnomah County Justice Center. Many family members were in attendance, reported KGW's Tim Gordon.

Robert Crow, the attorney for Strickland, said the family is confused by what happened, and is grieving the loss of both Deante and Tamena.

"You saw a courtroom full of family supportive of both Tamena and Deante," he said. "This family is going through, 'We tragically lost a son, a brother, a nephew, a cousin, but also a daughter, a niece, a cousin is in custody for killing him.' They are two different things, [but they're both] tragic, looking at it."

Credit: KGW
Tamena Strickland is arraigned in Portland, Ore. on Tuesday, Aug. 13, 2019. Strickland pleaded not guilty. She is charged with the murder of her brother, PSU athlete Deante Strickland, and the attempted murder of two other family members.

Deante Strickland, 22, was a Central Catholic High School graduate who went on to play basketball at Portland State University. He joined the Vikings football team in the spring to compete in his final year of eligibility in the fall, the university said.

Court documents said Deante and a 67-year-old woman were in the living room of a Northeast Portland home when Tamena shot them both. A 25-year-old woman was in another room when she heard gunshots and went to the living room, she told police. She said she saw Tamena aim a silver handgun at her and shoot her, according to court records.

Later that night, Tamena surrendered to Portland police with her attorney.

Investigators recovered a gun as they searched a vehicle associated with Tamena, according to the Multnomah County District Attorney’s Office.