LaTasha Taylor, 36, says, "I didn't take it serious, but once I actually contracted the virus and got sick and was like this is serious." 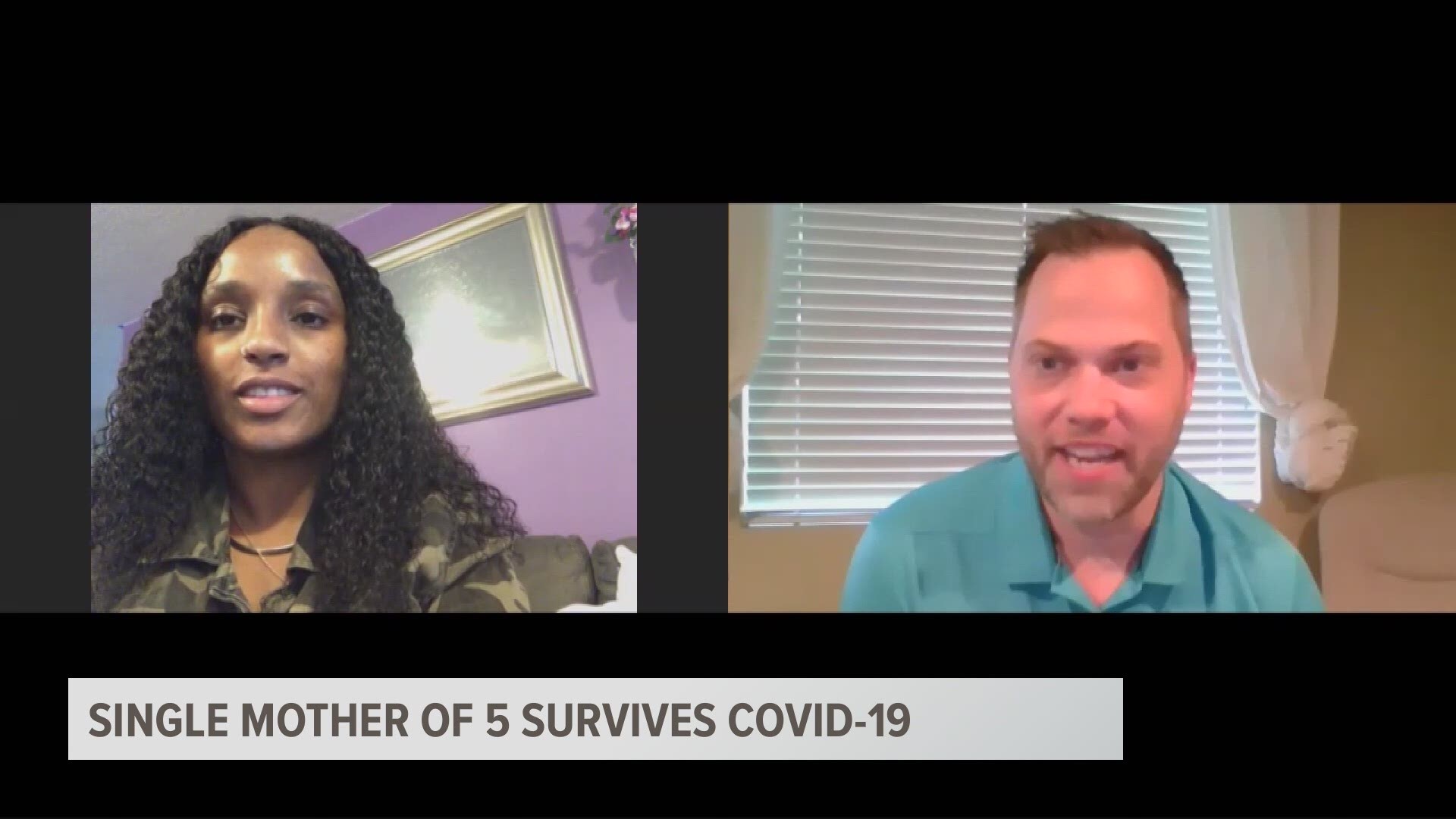 On March 24, Taylor says she didn't feel well while at work. She knew this wasn't the normal cold or from over working herself, this was different.

"I started having the chest pain and it just started to get worse and worse," Taylor said.

The next day she went to the doctor and they tested her for coronavirus. Three days later, her test came back positive.

"I broke down crying, cause all you really heard about in the beginning was death. Like I don't want to die, I got five kids to take care of - and what about my house, I'm supposed to close on my house next week."

Taylor quarantined herself inside her bedroom. She has five kids, ranging from 18 to just 2 years old. The younger two, a 6 year-old and 2 year-old have health issues and so she made sure that she did everything right to keep them safe.

"My 10 year-old daughter, when I say she was a rock star, she was amazing," Taylor said, "She made sure I had soup, tea, water, whatever it was. She just gloved up, masked up and left my stuff at the door."

For weeks, she never felt quite right as the virus worked its way through her system. She says in the 4 weeks of fighting the virus she lost 13 pounds.

Taylor said it took her about a month before she started feeling normal.

"I didn't take it serious, but once I actually contracted the virus and got sick and was like this is serious" Taylor said.

After being given the green light to emerge from her quarantine, she closed on a new house.

"As soon as we walked into this house, we were like this is it. This is home."

With the help of the Portland Housing Center and the Neighborhood Lift Program, Taylor and her kids now have a place of their own to spread out in.

She's still  moving in and unpacking boxes. She's gone back to work full-time working from home at one job and a grocery store a few days a week to provide for her children.

Her message about this virus that she admits she didn't take seriously, is that it is serious business.

"Everybody's like 'Oh, I'm not going to catch it,' but it's like yes, you can catch this virus. I don't care where you're at, what you're doing. This virus is definitely contagious."